Haunted Past: Realm of Ghosts Review 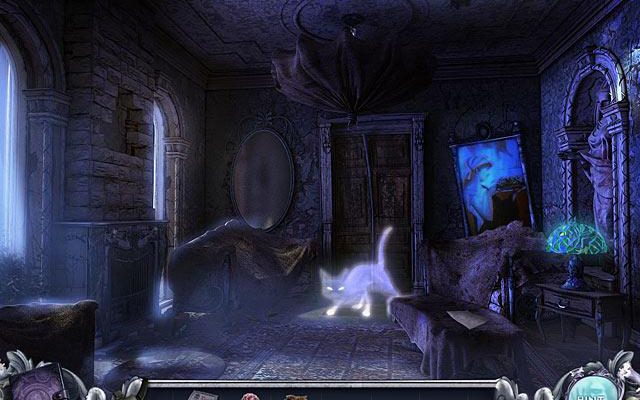 Haunted Past: Realm of Ghosts is a decent HOG that doesn’t do enough to stand out from the crowd

Some games just have it – that magical brew of elements that makes a flawed game good, and a good game great. Haunted Past: Realm of Ghosts, alas, is not one of those games. Most of the pieces are there, but they’re brought together in such a perfunctory manner that the final product never manages to be more than unremarkably decent.

And make no mistake, it is decent. Haunted Past: Realm of Ghosts puts you in the shoes of a young lady with a unique talent that allows her to see and interact with ghosts. This ability comes to light when she’s contacted by an attorney and told she’s inherited an estate, which – surprise! – comes with a few strings attached, in the form of spirits that haunt the crumbling Victorian manor. Fortunately, her powers allow her to not just see and communicate with ghosts, but also to travel to the ghostly realm through mirrors, where the ruined present springs back to life in restored ethereal glory. 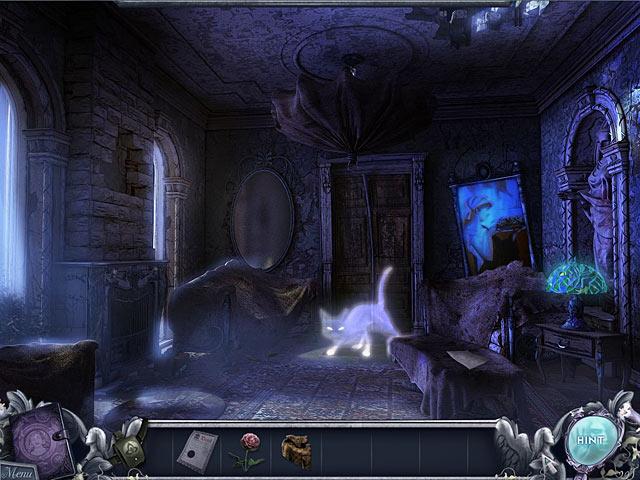 The game looks great, and the sprawling mansion and its once-lovely grounds are a fantastic setting, especially for players who enjoy that sort of haunted historical grandeur. The voice acting is fairly flat, neither notably good nor bad, as is the music, although in many scenes Realm of Ghosts opts for just ambient audio, which is similarly adequate but not particularly noteworthy. There’s also not a lot going on in the way of background animations and special effects; ghosts pop up now and then and a few magically locked doors have a purple shimmer to them but compared to other recent games, this one feels rather static.

Gameplay is very straightforward and also, it must be said, very simple. Attractive but not terribly challenging hidden object scenes dominate the action and although you’ll run into the occasional puzzle, they’re a breeze compared to those of most similar games on the market. Even the glyphs that are traced onto mirrors to open up new areas of the mansion, and which in the absence of chapters mark significant points of progress in your adventure, won’t give you much pause. The option to skip puzzles is always available, but I can’t imagine anyone needing to use it very often, and the “ghost realm,” reached via mirrors found throughout the game, is really just an excuse to rehash some locations in a prettier state and comes off feeling like a wasted opportunity as a result.

Realm of Ghosts is also extremely linear. This is a boon for anyone sick of bouncing back and forth across a game to the other in search of inconveniently located quest items and from that perspective I’m certainly not complaining, but this feels almost like it’s swung too far in the other direction. You’ll never have more than one task to accomplish at any given time and while a little bit of backtracking is inevitable, most of what you’ll need to get things done is both immediately obvious and close at hand. Completed areas are marked as such, so there’s never any doubt about when it’s time to move on.

Things do get more challenging at the Advanced difficulty, as it does away with most help and hints and thus demands more mousing around in search of the various bits and pieces needed to successfully open a door, light a lamp or break a window. The game also offers the unusual option to adjust the difficulty of individual components like pop-up tips, visual cues and the hint recharge timer, allowing gamers to tailor their experience to a significant degree. 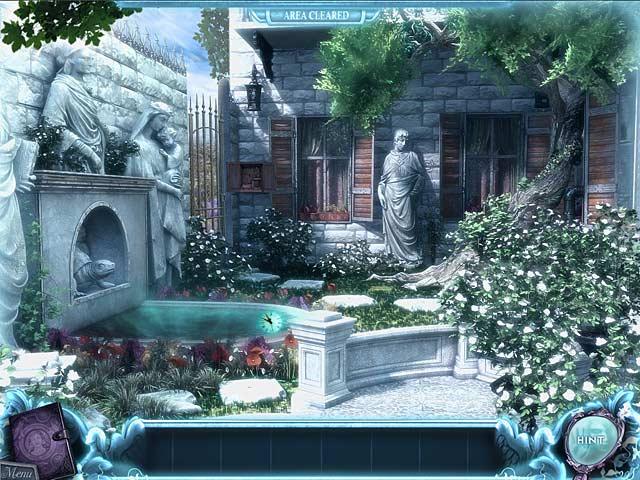 That linearity also helps compensate for the fact that there’s no map – it’s never an issue because you’re almost always moving forward. The in-game journal, on the other hand, spins an intriguing tale of the ill-fated Walker family, although how much of it you’re actually told depends entirely on how many diary pages you find. Miss a page and you’ll miss an element of the story (and yes, it’s quite possible to miss one or more of them if you’re not paying attention), and the story, believe it or not, is one of this game’s strengths. The twist is a good one, even if it never digs deep enough into the details to provide a truly satisfying narrative.

The Collector’s Edition bonus chapter, which is easily completed in under an hour, does nothing to rectify that situation, as it tells an entirely separate and unrelated tale that serves as nothing more than a springboard into the inevitable sequel. Other than that, there’s concept art, a handful of wallpapers taken directly out of the game and a built-in strategy guide. It’s not what I would consider an impressively-packed CE.

Haunted Past: Realm of Ghosts is a game that’s very hard to nail down. It’s not bad – it’s actually pretty good in some aspects – but it’s inconsistent in too many ways to overlook. Ultimately, it fails to distinguish itself from the crowd, and in the crowded hidden object adventure genre, that’s just not quite good enough.