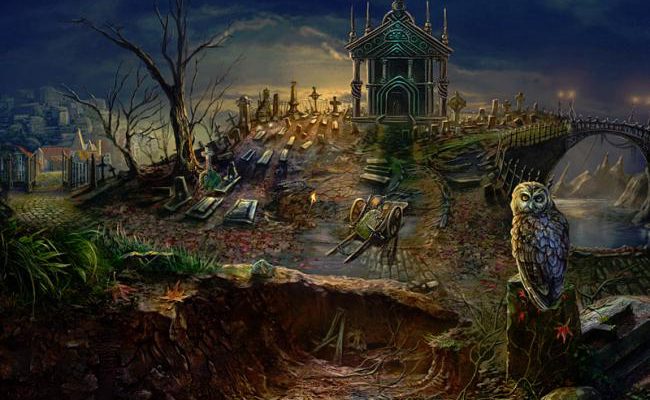 If you’re an Undertaker and business is booming, that’s almost never a good thing.

It can be hard making a living as an undertaker, especially when your friends and neighbors have the gall to live healthily and not die on a regular basis. Just how are you supposed to put food on the table with no bodies to put in the ground? Such are the woes of Mr. Fisher, the grim businessman at the center of Haunted Legends: The Undertaker.

Rather than change careers in the face of economic downturn, Fisher sticks to his shovels, and does what any red-blooded entrepreneur would do: he makes a seedy pact with a strange little man promising to make his money woes disappear. Easy-peasy, right? The only caveat is that now the departed citizenry he’s buried are rising up from the dead, demanding a full refund paid in the form of brains. 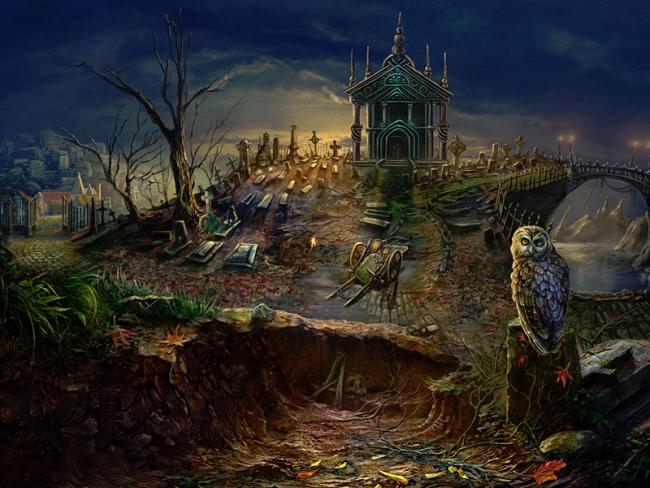 In Haunted Legends: The Undertaker, you are a seasoned detective called into a quaint coastal fishing town by Mrs. Fisher, whose husband has been acting strangely after exchanging a family heirloom for an “Amulet of Prosperity.” This token was given to him by a tiny man with a particular interest in a mystical mirror passed down through the Fisher generations. Now the Fishers have more business than they could dream of, thanks mostly to the oncoming Zombie apocalypse.

Hot on the trail of the odd little man, you make your way through cobblestone streets and hidden passageways, collecting clues as you solve puzzles and uncover his motives and the roots of his obsession with the Fisher family mirror.

As is expected with a zombie-themed game, the atmosphere presented is creepy, if not overly spooky. Everything from the in-game animations to the presentation of menus and interfaces involves some sort of otherworldly element, from skeletons adorning game windows to zombies stalking through the streets in the distance. There is a lot of animation in the game as well, helping to further bring the walking dead to life. Overall, the seaside town you explore feels fully fleshed out, eerily vacant with undead remnants of the community popping up sporadically to bar your path and demand some sleuthing to proceed. 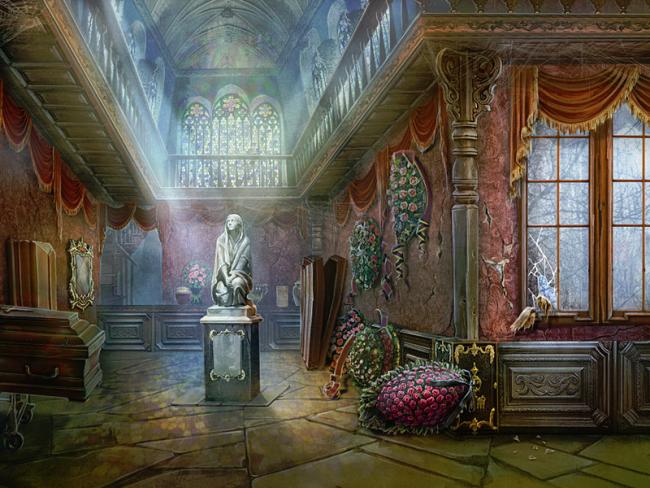 The variety of puzzles you encounter is impressive, as you’ll rarely solve the same puzzle twice, with the visual brain teasers offering up a nice variety. Still there’s nothing too mentally taxing to be found. To keep the hidden object scenes from running the risk of becoming repetitive, Haunted Legends does more than list items to find, presenting silhouettes of objects that makes locating them a bit tougher. You’ll also have to combine and items and use them to manipulate the scene, further enhancing the variety offered up by this isolated scenarios.

The adventure mechanics are a bit of a mixed bag, but are mostly well done and fun to explore. The best scenarios are those where you need to find a way to scare off or distract zombies and other creatures barring your path, using items like torches and other makeshift tools to progress. The usual blend of backtracking and logic is needed, with the settings being a bit more open and branching than other titles in the genre. This sometimes creates frustration, as there a few instances that don’t seem to make much sense. One example is a puzzle involving a small broken stool you need to reach an area. A few screens over sits a perfectly usable stool of the same size, but click it and you get nothing. You instead wrap a bandage around the broken leg of the busted one, which inexplicably makes it whole again. While such instances are few and far between, they do stifle the otherwise solid logic mechanics used to make your way through the town. 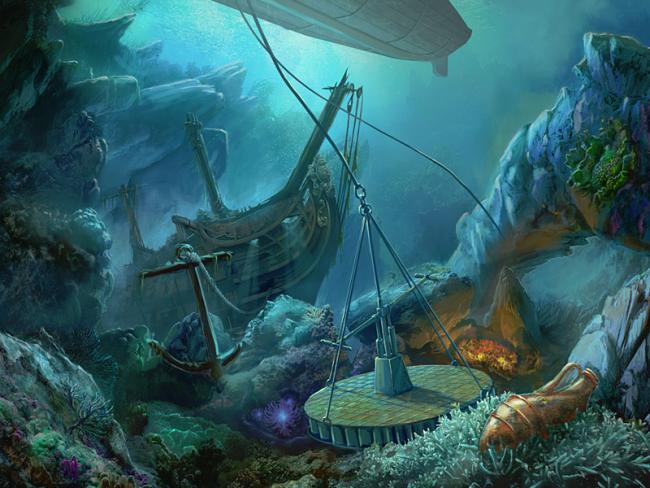 The text-based narration provided by the game’s detective protagonist offers clever advice and commentary, and delivers a nice touch of comic relief. His nonchalant attitude to the undead roaming the streets is entertaining, and the terse delivery he employs gives the game a hard-boiled tinge, creating a nice dichotomy with the game’s otherwise grim tone.

As far as difficulty goes, the game offers three level of challenge, each giving varying amounts of help to aid you in your investigation. A hint meter fills over time, and will highlight areas of the environment to explore, with a skip meter allowing you to bypass visual puzzles after a set amount of time. Along the way, you are periodically aided but a roaming monkey, too. He’s meant to offer both laughs and clues, and while his slapstick antics help to break up the dreary scenery, his nudges in the right direction sometimes make the game a bit too easy.

Haunted Legends: The Undertaker‘s strongest asset is its well-executed motif, with an eerie feel and heavily detailed environments, filled with animated zombies, fluttering bats and ghastly decor. The puzzles offer a nice variety, with the hidden object scenes being a bit more inventive than you might expect. However, the meandering adventure mechanics are a bit muddled, ranging from clever moments of outwitting the undead to some illogical instances unbefitting of a so-called detective. Still, the game world is well-imagined and atmospheric, offering up an interesting macabre mystery that is fun to unravel.