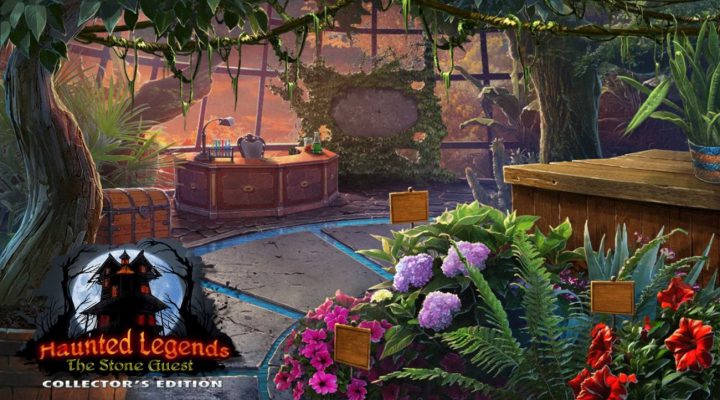 Nothing really innovative about the experience.

Haunted Legends: The Stone Guest is a twisted fairytale gone awry. Imagine a world that’s equal parts magic and steampunk. Now imagine children are mysteriously disappearing from a village and a demented dwarf riding on a golem tries to stop you from entering. Fast forward a few minutes and that same crazy character is setting fire to what he claims is a sorcerer’s house. Then a supremely disturbing ragdoll person walks by and stares you in the face. Yep, that’s how things are in this town. You’re in for quite the ride.

As far as hidden object adventures go, Haunted Legends: The Stone Guest rides the safest path possible. Most of your time will be spent stepping back and forth between areas, picking up items, stashing them in your inventory, and wondering where you’re gonna find a horse-shaped amulet to fit into that horse-shaped slot. Grab everything you can get your hands on and solve a number of quick mini-games to keep moving forward. Gotta find out what that dwarf is up to next, after all. 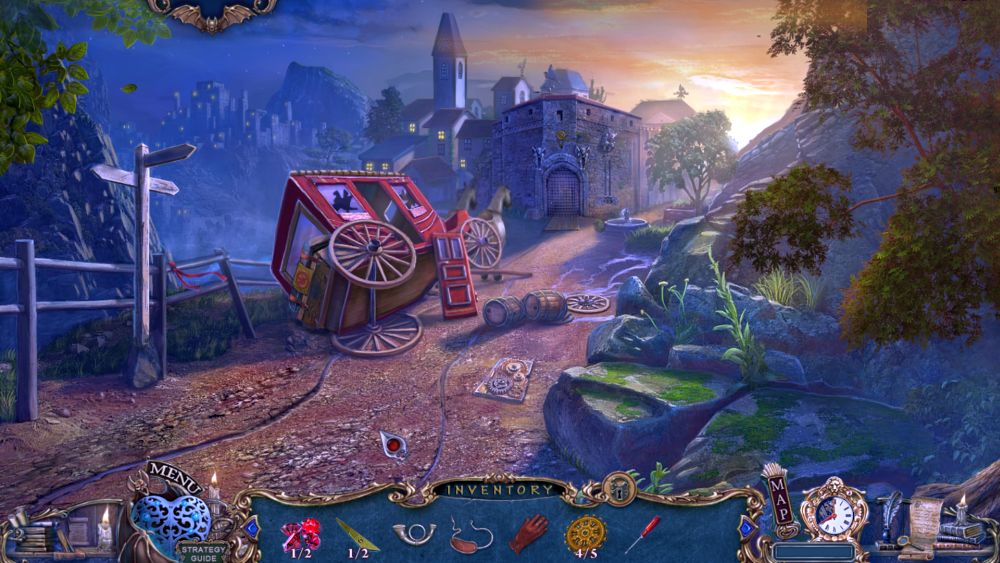 Hidden object scenes in Stone Guest also sticks to the middle of the road. You’ll bump into all the basic types, including text lists and “find X number of this item” scenes. Each features a few interactive items to mess about with, which is nothing too out of the ordinary. If you’re just not in the mood to pixel hunt, you can always switch over to the marble popper mode and complete the scene that way. Fair warning, though: this marble popper is strangely awkward to play. Best to stick with the hidden objects, to be honest.

There’s a really fun unique feature in Haunted Legends that adds an extra layer of interactivity to the entire game. You know how casual adventures like to let you zoom in on certain areas? Stone Guest adds a magnifying glass to some of those zoom windows, giving you clues about what you need to do or opening up a mini-game that takes place in that point of view. It’s nothing groundbreaking or completely out of this world, but it’s just interesting enough to capture your attention. 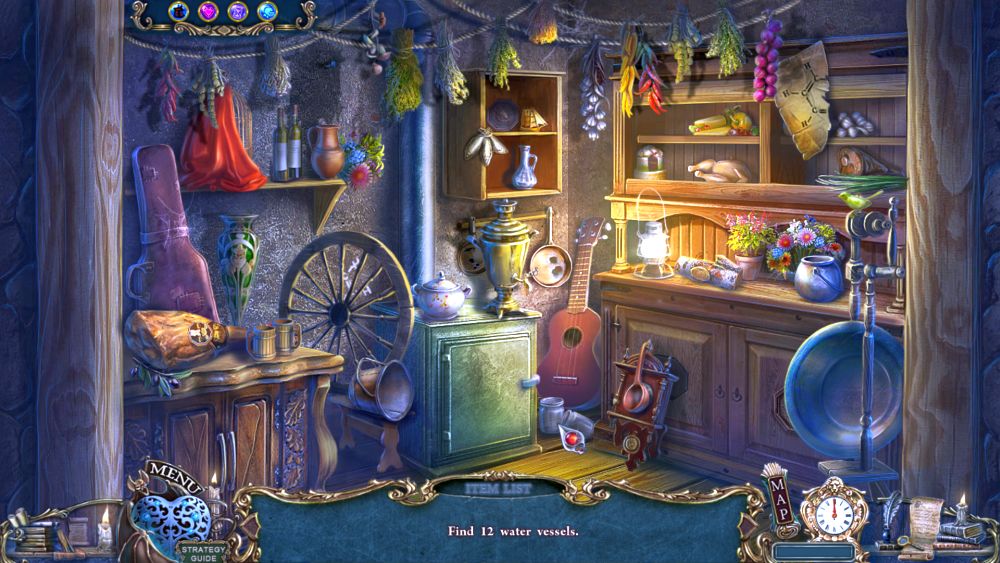 Haunted Legends falls down the path of arbitrary puzzles a little too often. You know the ones I’m talking about, where a character just can’t seem to knock a pile of dust off the shelf unless she finds a feather duster first. Those are a little eye roll worthy on the surface, but when combined with the plethora of “odd slot needs odd shaped item” puzzles, you’ve got the perfect recipe for light frustration.