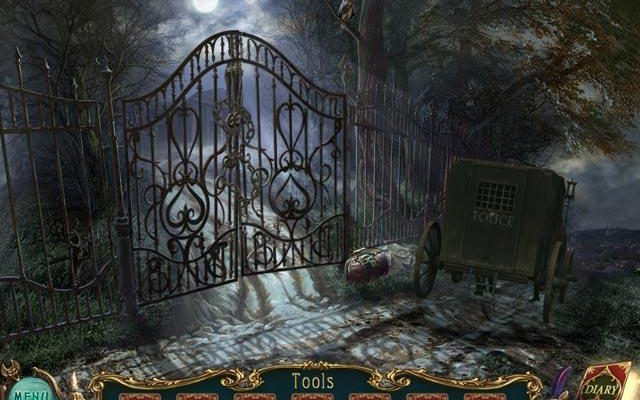 Haunted Legends: The Queen of Spades looks great but is on the easy side.

Haunted Legends: The Queen of Spades attempts to cram in about as many hidden object game cliches as it possibly can. From haunted houses and magical objects, to murder investigations and strange contraptions. The Queen of Spades has it all. But in this case more doesn’t mean better, as the game fails to stand out in any particular way. It’s well crafted and looks great, but The Queen of Spades is lacking in personality.

You play as a detective sent to investigate a series of murders at, you guessed it, a haunted mansion. Several people have gone missing over the past little while, including a fellow detective. But you soon discover that this isn’t just a standard investigation. The mansion was home to a strange countess who possessed a powerful set of magic playing cards. Your investigation will see you scouring the mansion and its surrounding area in search of these cards, all the while dealing with the countess’ booby traps and her angry little assistant. There’s plenty of opportunity for a real engaging mystery, unfortunately The Queen of Spades doesn’t utilize its narrative all that well. There’s some brief cut scenes, the internal monologue of your player, and hand written notes scattered about the mansion. But instead of being a great story it’s really just an excuse to put you in a spooky mansion to find things. 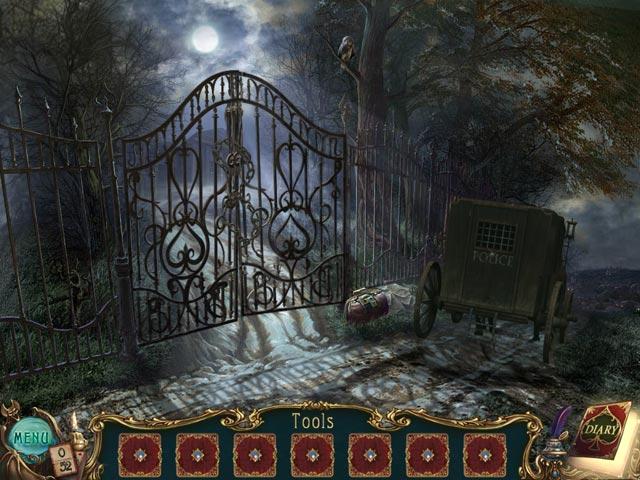 In addition to the magical playing cards, of which you’ll need to locate all 52, there are plenty of other objects to find. The Queen of Spades uses the now standard HOG/adventure game hybrid style of play. So you’ll find individual items on your journey, as well as HOG scenes where you’ll need to pick out specific items from a giant mess. The art style is very clean, so it’s easy to distinguish objects, and the recharging hint meter will help you with any you miss. There’s a surprisingly small number of HOG scenes though, and even then most of them are repeated a few times throughout the experience.

Many of the items you find will go into your inventory and used to solve puzzles later on. There’s a lot of back and forth, as you’ll frequently find an object on one side of the mansion that needs to be used on the other side. It’s definitely satisfying when you get that “aha!” moment of realizing where an item needs to be used, but your inventory is frequently quite large, so it’s easy to forget what you have and where it might need to go. Thankfully there’s an in-game notebook to help keep track of the details you may lose track of.

The puzzles are pretty standard, and mostly revolve around figuring out the many machines located around mansion. You’ll be sliding blocks and moving gears and manipulating wires. The puzzles are all skippable if you wait long enough, but none are particularly difficult. Really, other than remembering what needs to be used where, there’s not a whole lot of challenge in The Queen of Spades. While that’s good for those looking for something a little more relaxed, those looking to test their skills will be disappointed. 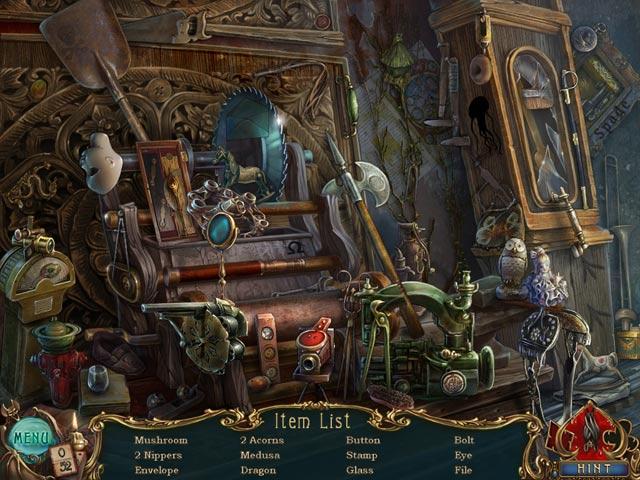 The rest of the game might be a touch on the generic side, but it at least looks great. The mansion and the surrounding area is dark and crumbling, with twisted lamp posts, creepy portraits, and flickering lanterns. It’s all quite spooky. There’s even some nice use of 3D, those this is largely restricted to the cut-scenes. But every once in a while you’ll come across the countess’ assistant who is rendered fully in three dimensions. Surprisingly, this doesn’t look out of place in the 2D environments, but instead blends quite well. The soundtrack is also quite good, and adds a lot to the spooky atmosphere, as do the eerie environmental sound effects.

The Queen of Spades is one of those games that doesn’t do anything wrong, but also doesn’t do anything to make you sit up and take notice. It satisfies your expectations but never surpasses them. So while it looks and plays great, the story, atmosphere, and gameplay are remain largely forgettable.