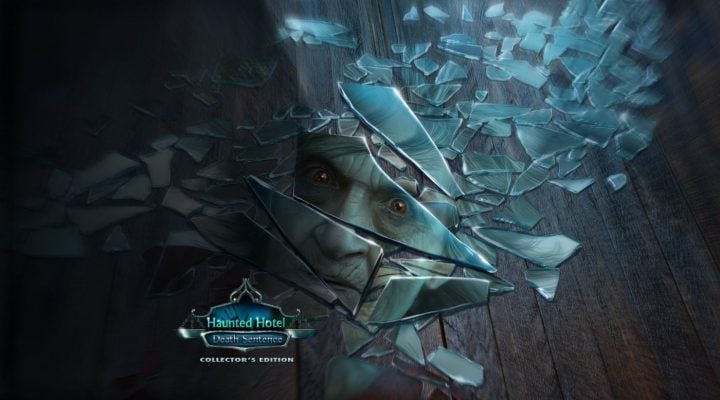 Lots of unique items and puzzles to play with.

The dark, confined atmosphere can get a bit samey.

Haunted Hotel: Death Sentence is grim right from the start. You receive a note from a dear friend announcing the fact that he’s dead, which is never a cheery bit of news. He implores you to visit the Holy Mountain Hotel to investigate his passing, which sounds like a pretty neat place, right? You know what, scratch that. Let’s call it the incredibly creepy murder hotel, because that’s exactly what this place is. Your friend sure knows how to pick a final resting place.

Haunted Hotel: Death Sentence drops you into the hidden object action with strings of quick puzzles and delicious mini-game diversions. The adventure portion carries you around and through the hotel itself, complete with endless corridors of dark walls and black voids into nothingness. Yes, it’s bleak, but you’re motivated to get to the bottom of this mystery, no matter how many shrieking shadow creatures you encounter. 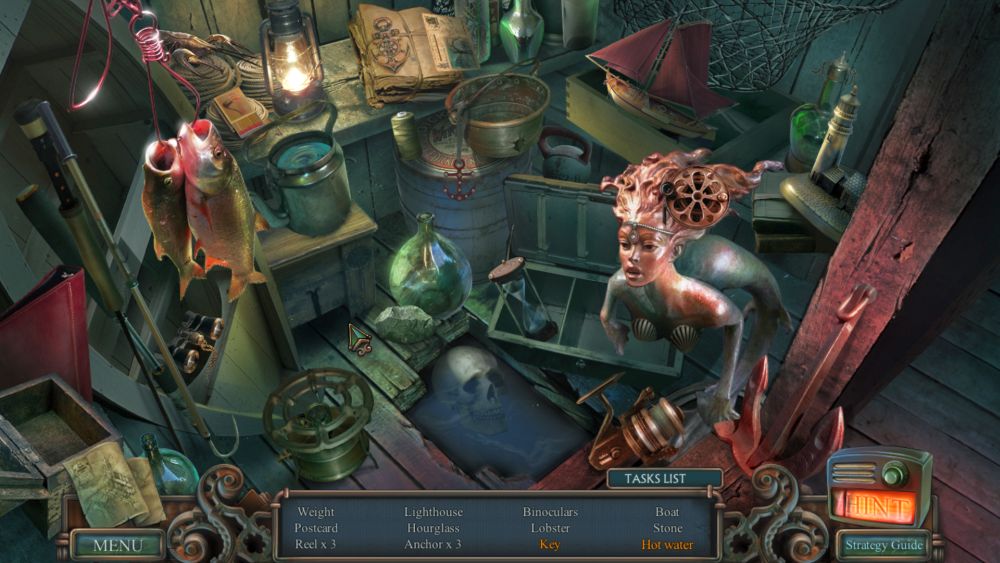 Hidden object scenes hit you almost immediately, and they’re featured frequently throughout the Haunted Hotel experience. Playing them is something of a mixed bag, though. On the one hand they feature a lot of multi-step interactive items. If you need boiling water, for example, you’ll have to start by finding matches, then lighting a stove, then locating cold water to put on the fire. On the other hand, the scenes tend to be a little less crowded than they should be, making many of the objects pretty easy to find since there’s very little in the way of clutter. The difficulty slides up and down between the scenes, but on the whole they lean towards the simpler side.

Death Sentence has a lot of interactive items to play around with. You don’t just pick up a doorknob and look for the door it’s connected to. Instead, you find fragments of the doorknob and piece it together with a few well-placed clicks, then go door hunting. A lot of games would turn this into a frustrating item-fragment hunt, but with Haunted Hotel it’s actually quite enjoyable. It gives the setting a realistic lived-in sort of vibe, and it makes you feel like everything in this place is crumbling to pieces. Including your sanity. 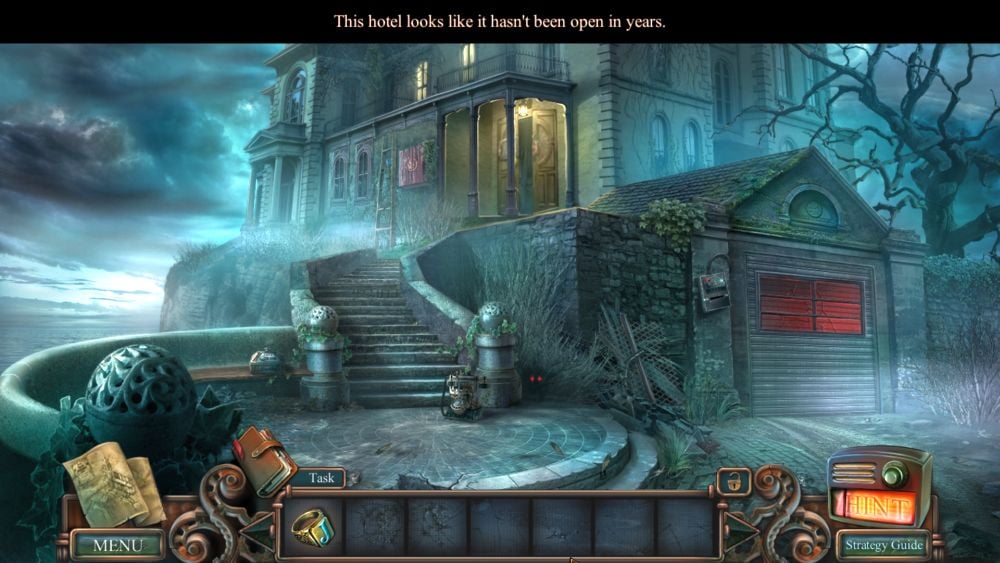 Haunted Hotel: Death Sentence delivers a classically creepy experience, and it never tries to disguise that fact. There are jump scares, there are disturbing scribbles on the walls, there are shadows and red eyes watching you from every corner. And you know what? It’s fantastic. Because Haunted Hotel doesn’t pretend it’s the epitome of horror games it manages to deliver a fun and engaging experience. The fast-paced hidden object scenes and bounty of puzzle items is just icing on the cake. A dark, black, evil death cake.