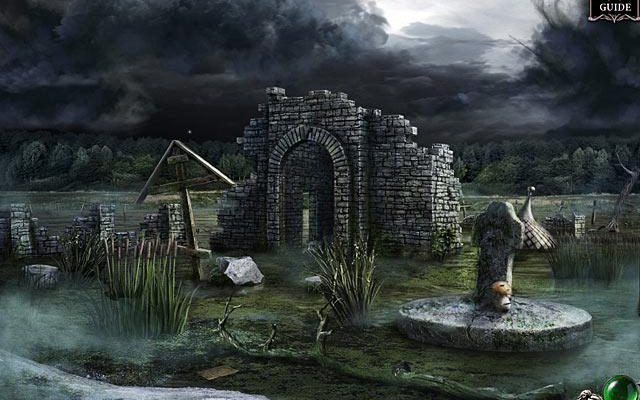 Go searching for your lost twin brother in a spooky mystery based on a story by H.P. Lovecraft.

Though most of horror writer H.P. Lovecraft’s stories were penned between 80 and 100 years ago, they’re still potent enough to scare the pants off modern audiences. This month, Specialbit (makers of the Haunted Hotel series) do their best to tap into the Lovecraft magic in their latest hidden object adventure, Haunted Hotel: Charles Dexter Ward. Unfortunately, while the game is definitely an improvement over its predecessors, it seems not even H.P. Lovecraft can save it from those games’ lackluster legacy.

Every Haunted Hotel game thus far (four total) have been set in an old hotel where we’re asked to skulk around digging through piles for various credible and incredible reasons. Previous Haunted Hotel plotlines suffered from poor story concepts, poor construction, and poor English translation. This time, the development team got wise and swiped a real author’s story, rather than trying to cobble together one of its own.

Charles Dexter Ward is based on H.P. Lovecraft’s The Case of Charles Dexter Ward, a particularly disturbing tale about a young man obsessed with re-animating his evil alchemist ancestor. (Try saying that five times fast.) The original story includes all manner of frightening stuff: madness, necromancy, demonic conjuring and mass murder—pretty intense subject matter for a casual adventure game. Special Bits deserves credit not only for doing a respectable job of making this horrific story interactive, but for dialing the scary stuff back a bit to accommodate the sensibilities of its audience.

Of course, making these adjustments means a few liberties are taken with the plot, mainly that the hero (you) becomes the younger sister of Charles Dexter Ward. At game start, good ol’ CDW has vanished and no one but you is interested in looking for him. You receive a strange box with an address on it containing Charles’s necklace, and you follow the address to the middle of a swamp. From this point on, the game more or less follows Lovecraft’s tale, boiling its essentials down to a search for your lost brother.

The whole thing takes place in and around the estate of a man named Joseph Curwen, a shadowy figure who has lured your brother to his home and who coincidentally, is a dead-ringer for him. This bizarre circumstance gives you ample reason to look for clues, unlock doors and collect diary pages full of backstory; it’s apparently also ample reason to play through a bunch of dull hidden object scenes and over-familiar puzzles. 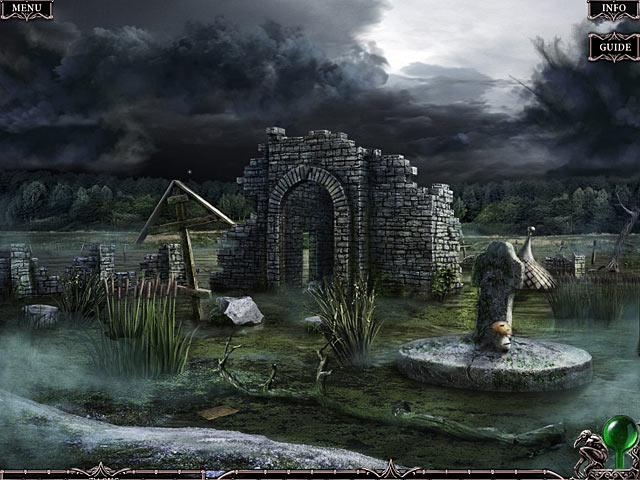 The game’s hidden object scenes are decent, but is that all we’re looking for in entertainment—decent? Occasionally, the items you find are used in interesting ways (using a theater rope barrier as a ladder for instance) but the majority of your time is spent searching through uninspiring piles of junk for parts to puzzles that when solved, unlock doors.

In context, I suppose the puzzles’ lack of visual “umph” isn’t surprising, since the Haunted Hotel series has never really looked all that great. Charles Dexter Ward’s realistic graphics are fairly bland and convey little sense of style or mood and the music is on par with the graphics; as I write this, I honestly can’t remember a single musical theme. What I do remember are the game’s sound effects, which often loop in a blatant and wholly irritating way. On a positive note, the narrator’s voice-over while nondescript, is at least tolerable and the game’s dialog and text are both noticeably improved.

In addition to its newfound verbal polish, what I like about this Haunted Hotel is its unique presentation. With many developers aping the style of the top hidden object companies, the genre’s in danger of becoming utterly homogenous. Charles Dexter Ward differentiates itself from the get-go by using live-action cinematics—a welcome change that at times grants the game a Blair Witch-like edginess. Next, it creates a different tone than many of its competitors by letting the story guide the gameplay and by breaking the game’s flow into “Day 1, Day 2” etc. Most importantly, it sticks to the main beats of Lovecraft’s story, a strategy that makes it the most cohesive game in the entire Haunted Hotel series. 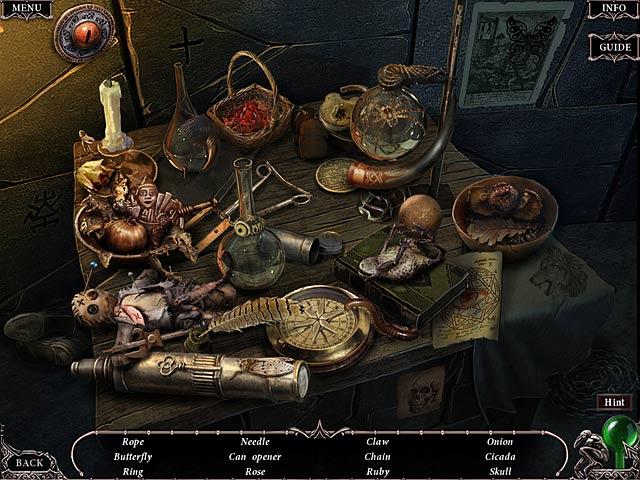 On the downside, Specialbit calls this a Collector’s Edition, but the extras don’t really support that claim. The extras consist of an hour-long bonus chapter that continues where the main story leaves off, (and sets us up for a sequel) a few music tracks, a handful of so-so concept art pieces and a “making of” section that consists of a mere handful of not-very-interesting, abstract still images.

Haunted Hotel: Charles Dexter Ward represents the best effort to date of the Specialbit team. The game’s language issues have largely been ironed out, and the use of a strong pre-existing story made for a much better narrative experience. That said, the game still fails to impress on the audio-visual front and is still plagued by the inclusion of mediocre puzzles and hidden object scenes. All told, it seems that although Specialbithas got the “bits” part of game-making down, it still has some serious problems making its games “special”.