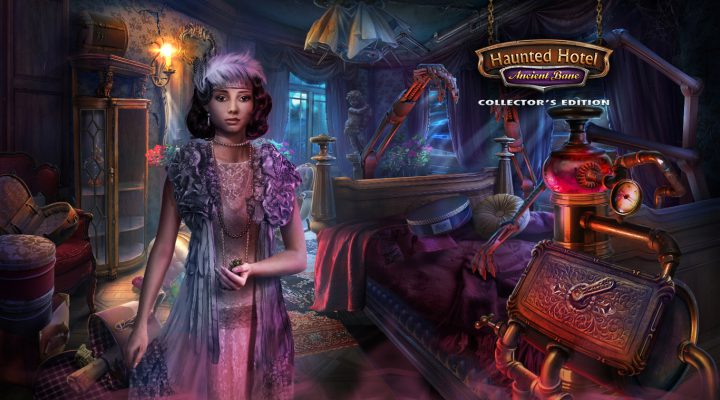 Good use of scenery to enhance the mood.

A little-known engineer named Abraham Shadowy just bought a haunted hotel. That’s a perfectly normal thing that nobody thinks is strange or suspicious, of course. By complete coincidence several people have gone missing in this hotel, so your friend has called you to the scene to help investigate. This should be a straightforward open and shut kind of case with nothing supernatural of any kind. Right?

Haunted Hotel: Ancient Bane is a casual adventure that goes for pure spookiness above all else. The story revolves around the for-real haunted hotel, digging into its mysteries one ghost sighting at a time. You’ll also hunt down clues about the hotel’s owner, that guy named Shadowy, who surely isn’t some kind of evil creature in disguise. Wink wink. 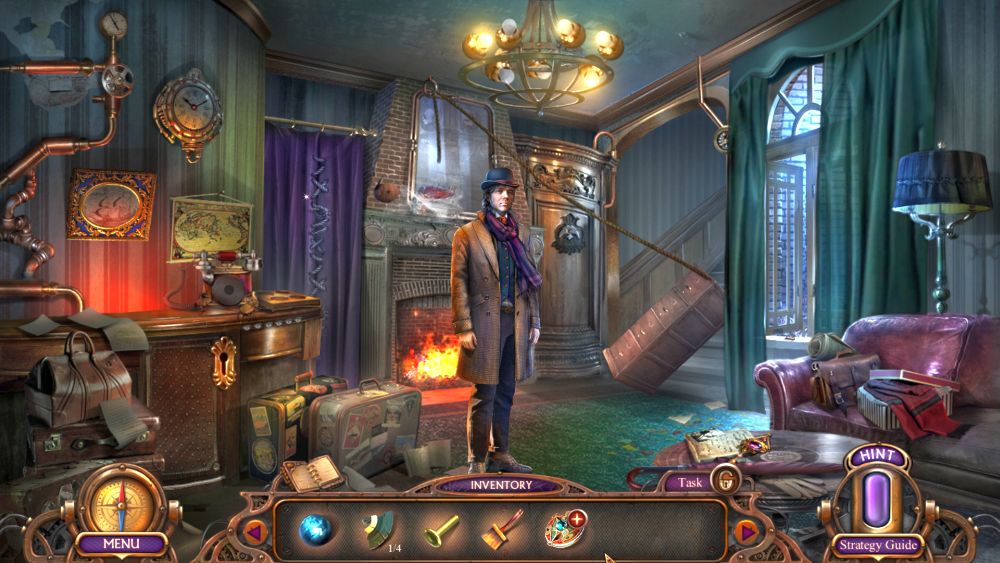 The game divides its explorable areas in a way that minimizes backtracking. Most of the items you’ll need to progress forward can be found just a screen or two away, it’s a simple matter of digging deeper into the zoom areas to find what you need. Items in hand, solving puzzles is usually a pretty straightforward affair. There are a few arbitrary puzzles that stop you from doing logical things for the sake of adding another item hunt, but it’s not so bad that you’ll want to throw your keyboard out the window.

You’ll come across hidden object scenes quite frequently in Haunted Hotel: Ancient Bane. They’re usually of the text list variety, with a number of items highlighted in gold to indicate some interactivity. Need to tick a flashlight off the list but don’t see one on the screen? See what you can pick up and manipulate, you never know what that next item might be hiding underneath. 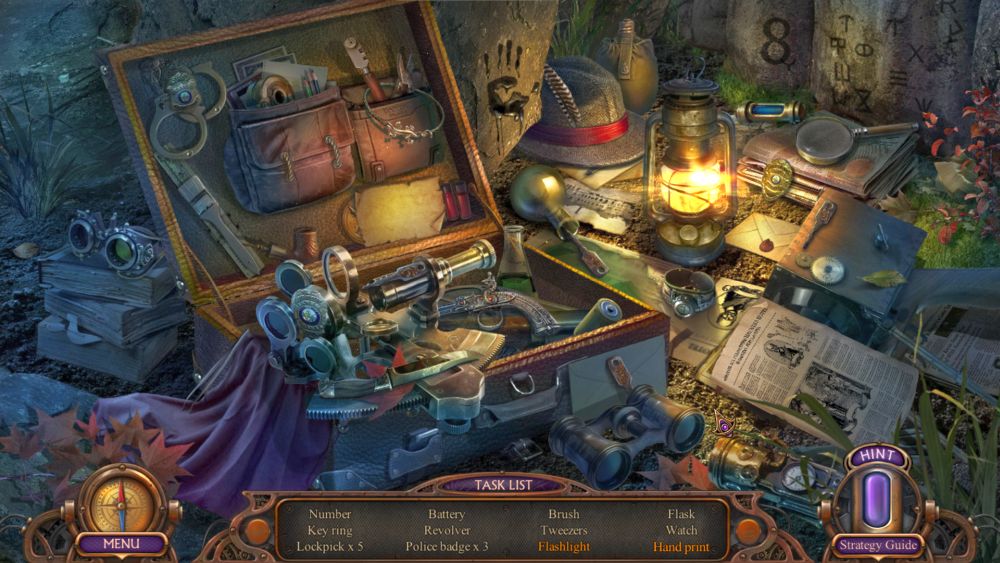 Mini-games are simple and doled out in a balanced manner. You can almost predict when they’ll occur, and when they do, you won’t have any trouble figuring out what needs to happen. Tile swapping, color matching, laser bouncing, that sort of thing. Also, some inventory items require a bit of assembly or disassembly, which often functions as something of a micro-mini-game itself.

At the end of the day, Haunted Hotel: Ancient Bane provides an average hidden object gaming experience. The puzzles and mini-games are adequate, the story is entertaining but largely predictable, and the hidden object scenes themselves don’t fall on the too-tough or too-easy side of the fence. It’s simple and inoffensive and entirely enjoyable, but perhaps a bit too bare bones for many seasoned HOG fans.