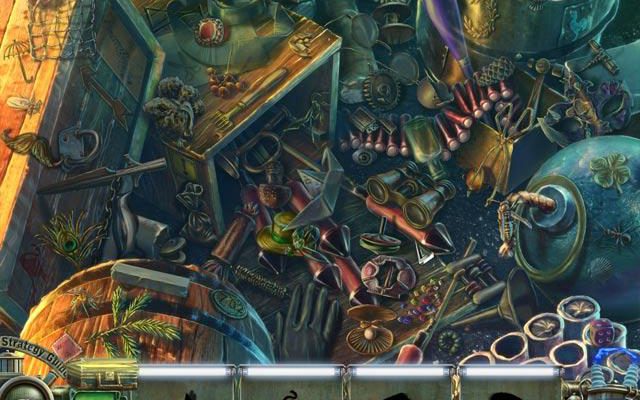 Fight to free yourself, your fiance and a group of hostages from the tentacles of the revenge-happy Doctor Blackmore

Ol’ Dr. Blackmore’s been a busy boy. In two previous Haunted Halls games, this leering, four-eyed, tentacled evil genius has caused a boatload of trouble while trying to take over the world. The latest in the series, Haunted Halls: Revenge of Doctor Blackmore represents an entertaining, but flawed third chapter in the octo-homme’s saga – and if its unresolved ending is any indication, it won’t be the last.

For anyone new to the series, here’s a little back story. Your part in Dr. Blackmore’s tentacled tale began two games ago, when you followed your impulsive reporter boyfriend Tim to Green Hills Sanitarium. The two of you discovered that a once-brilliant neurosurgeon had turned into a madman and was performing horrific experiments on human subjects. Thanks to you, the horror was temporarily contained. Soon after, the good doctor was once again up to his old tricks, this time using frightened children as lab rats. Once again you foiled Dr. Blackmore’s plans, but now he’s really mad, bent on revenge even, and various former students, colleagues, unrequited loves and grade school bullies are in some serious trouble. Oh, and you are too. You and Tim. Because if it weren’t for you meddling kids, he would have gotten away with it! Now that I’ve shoe-horned a Scooby-Doo reference into this, I’ll explain what’s going on in this trip down insanity lane. 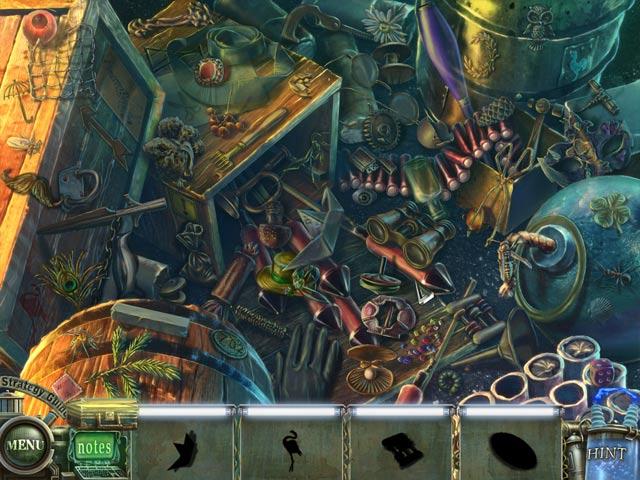 You wake to find yourself a prisoner in Dr. Blackmore’s underwater lair with a kangaroo staring you in the face. After the initial “what the heck?” reaction, you’re confronted with a taunting video image of your nemesis, Dr. Blackmore, who like all good villains, takes the time to spell his plans out for you. Nutshell version: you, Tim and four other people are being held hostage while Dr. Blackmore prepares to detonate a nefarious “psycho-bomb”. The doctor’s confident of success, so he allows you to roam free. The other hostages he keeps wired to explode …you know, just in case. As the only one not strapped to a detonator, your job becomes to free the hostages before they’re blown to gooey little bits, and if time allows, save the world from psycho-bomb-destruction.

I’ve been disappointed in ERS Game Studios’ last few hidden object titles, and so I’m happy to see that with Revenge of Doctor Blackmore, they’ve recaptured a bit of the ERS magic. While there’s some degree of concept re-use, there are also enough surprises this time to make things interesting. ERS has a thing for the bizarre and Revenge of Doctor Blackmore is one of the weirdest games they’ve made. Remember I mentioned waking up to a kangaroo? There’s never any real explanation for why that kangaroo is there (or why it reads the newspaper and wears reading glasses), nor is there any explanation for why you can dispel hallucinations with home-made ointment or jump into a TV screen. These things just are, and if you can’t accept that, you won’t enjoy this game. 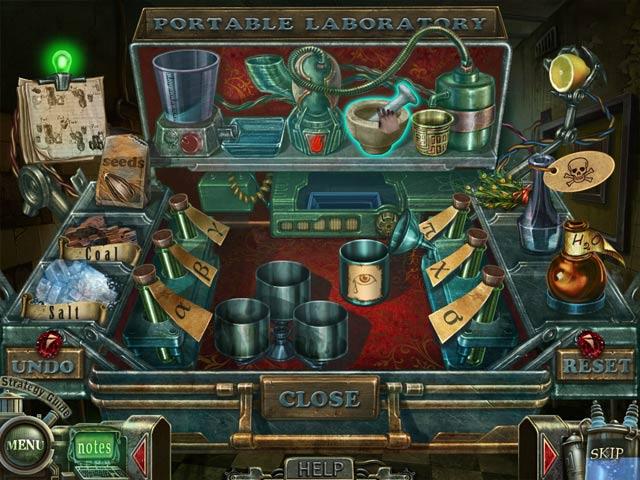 Actually, the whole game is like one long hallucination. One weird thing follows another, and you’ve got to just roll with it. My tolerance for silliness is higher than most, so I enjoyed the strangeness and shrugged off the nonsensical bits, even when they affected the way items were used and puzzles were solved. The most obvious example of what could be deemed a blatant disregard for logic comes in the form of a new mini-game called the “portable laboratory”. Early on, you’re given a small suitcase. This suitcase stays on screen throughout the game until you find special items that indicate it’s time to make something. When this happens, you crack open the portable laboratory where you’ll find all the tools and ingredients you need, as well as the step-by-step recipes for making stuff. There’s no narrative justification for any of it, no explanation of where these ingredients or recipes come from or why you (a reporter) know how to use them. You’re just expected to jump in and start mixing and boiling and mortar-and-pestling. Technically it’s a big fat hole in the fiction, but oh well. It’s fun to do.

In addition to the portable laboratory, the next best things about Revenge of Doctor Blackmore are its creative (and slyly humorous) item usage and puzzle design. Memorable instances of these include (no spoilers here) helping a beaver chew you a ladder and swapping tiles to pry the fingers of a disembodied hand off a lever. The writing’s got a sense of humor too, and serves to make the nefarious Doctor Blackmore into one of the more interesting and memorable villains of the hidden object genre. (How many uber-villains do you know who make honey badger jokes?) 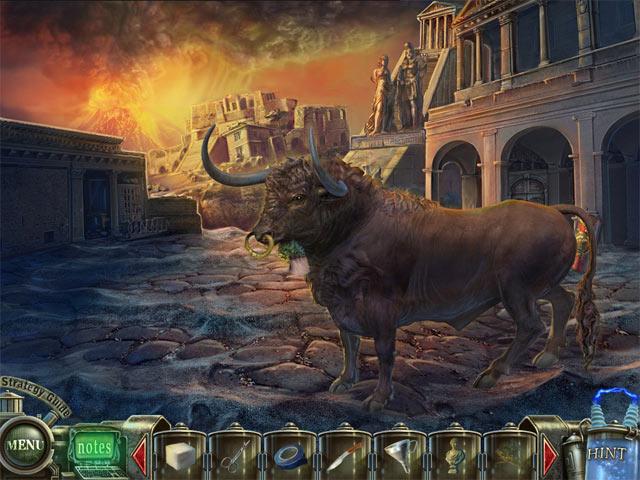 These are what Revenge of Doctor Blackmore does right, but where itlets us and itself down is in the way it handles its ending and bonus chapter. To me, a great game is an island unto itself, not reliant on the bonus chapter. The bonus should be just that – a bit of extra back story, a new perspective on events, an extension of the main story. If, instead, the main game is cut short and treats the bonus chapter as its end, then we’re not really getting a “bonus” now, are we? We’re getting a faux-bonus (or as I call it – a “faux-nus”). Unfortunately, that’s what happens here. After an oddly makeshift conclusion, we’re rushed into the bonus chapter—which picks up like it’s just been away for a short commercial break—and made to continue what’s really the same storyline. Worse, the final final conclusion is anticlimactic, awkward and in the last scene, more or less baffling. I imagine the main thing it was meant to do was leave the door open for another sequel. I can’t help but feel bad for the people who pick this up as a standard edition down the road, as they’ll likely get even less closure.

Haunted Halls: Revenge of Doctor Blackmore has some good things going for it. It’s good-looking, sometimes funny, often bizarre and frequently surprising. The ending’s a disappointment however, and the bonus chapter’s not as “bonus” as it should be. Launching as a Collector’s Edition, you also get a strategy guide, music tracks (recycled – I’m almost certain), wallpapers, concept art and screensavers so if that sounds good to you and if you can overlook the devil-may-care attitude to “where, why and how”, it’ll show you a good time. On the other hand, if you’re looking for a solid story from start to finish, and you can’t believe in a near-sighted, reading kangaroo, you probably won’t enjoy it.