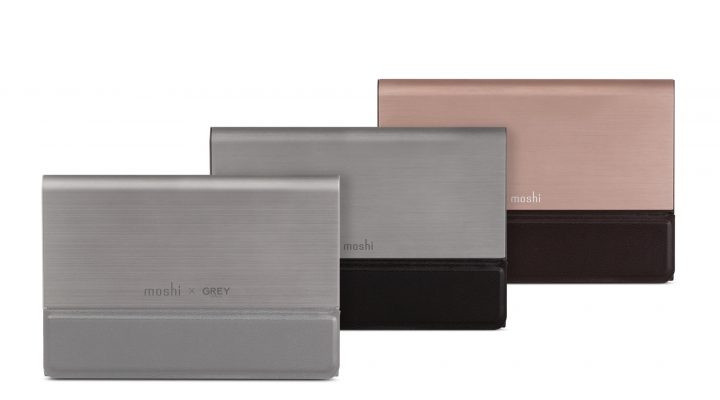 We recently received two battery packs from the kind people at Moshi. There’s not a huge amount to say about them – they are power packs after all – but ultimately they do their job very well under some intensive use. They both have some rather cool features too.

The Moshi IonSlim 5K portable battery is a very thin unit (8.5mm thin in fact), and includes both USB-C and USB-A ports. It also comes with a reversible USB-C to USB-A cable that can be used to charge both your USB-C phone – as well as the unit itself.

Ultimately the thin size is the real draw here – it’s small enough to fit into your pocket or bag very easily, and is solidly designed but not too heavy. If you’re in the market for a higher end battery pack (it costs £54.95) this more than does the job.

The Moshi IonBank 5K is a slightly more swish alternative at £69.95. Compatible with iPhones it packs a lithium-polymer cell rated at 5,000 mAh. It also includes an integrated Lightning cable to charge your iPhone – as well as a USB cable to charge itself.

What is really useful is a second input so you can charge two devices. It even has tech that detects how much power each device needs and adjusts itself accordingly if you have two units plugged in.

The many features are the real selling point here, and the build quality is very good for the price as well. Overall we’ve used both packs extensively and had no issues with either.

You can buy both the Moshi IonSlim 5K portable battery and the Moshi 5K IonBank Portable Battery Charger directly from Moshi here.