Home / Reviews / Halo Spartan Strike (and Spartan Assault) Review: You Had Me At Halo 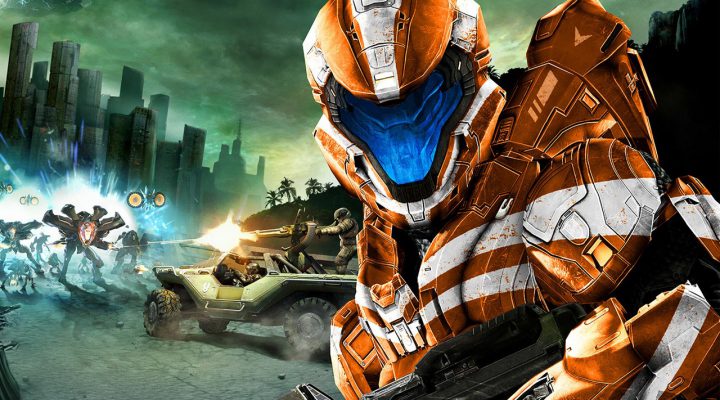 Plenty of guns and upgrades to utilize.

Doesn't bring anything new to the table.

Late last week, Microsoft released both Halo Spartan Strike and Halo Spartan Assault on to iTunes. While Spartan Strike is a brand new game set in the Halo universe, Spartan Assault is a two-year-old game that took its sweet time getting onto the iOS App Store. While each game can be purchased individually ($5.99 each), Microsoft gives the option to pay $9.99 for the Spartan Bundle, giving players discounted access to both titles.

For the purpose of this review, we are reviewing the $9.99 Spartan Bundle as a full product, even though there are two individual games included within.

As previously mentioned, Spartan Assault originally released in 2013 for Windows Phone devices, then made its way onto Xbox consoles and Steam in 2014, and finally got around to debuting on iOS just last week. Spartan Strike, on the other hand, released for Windows Phone and iOS on April 16th. 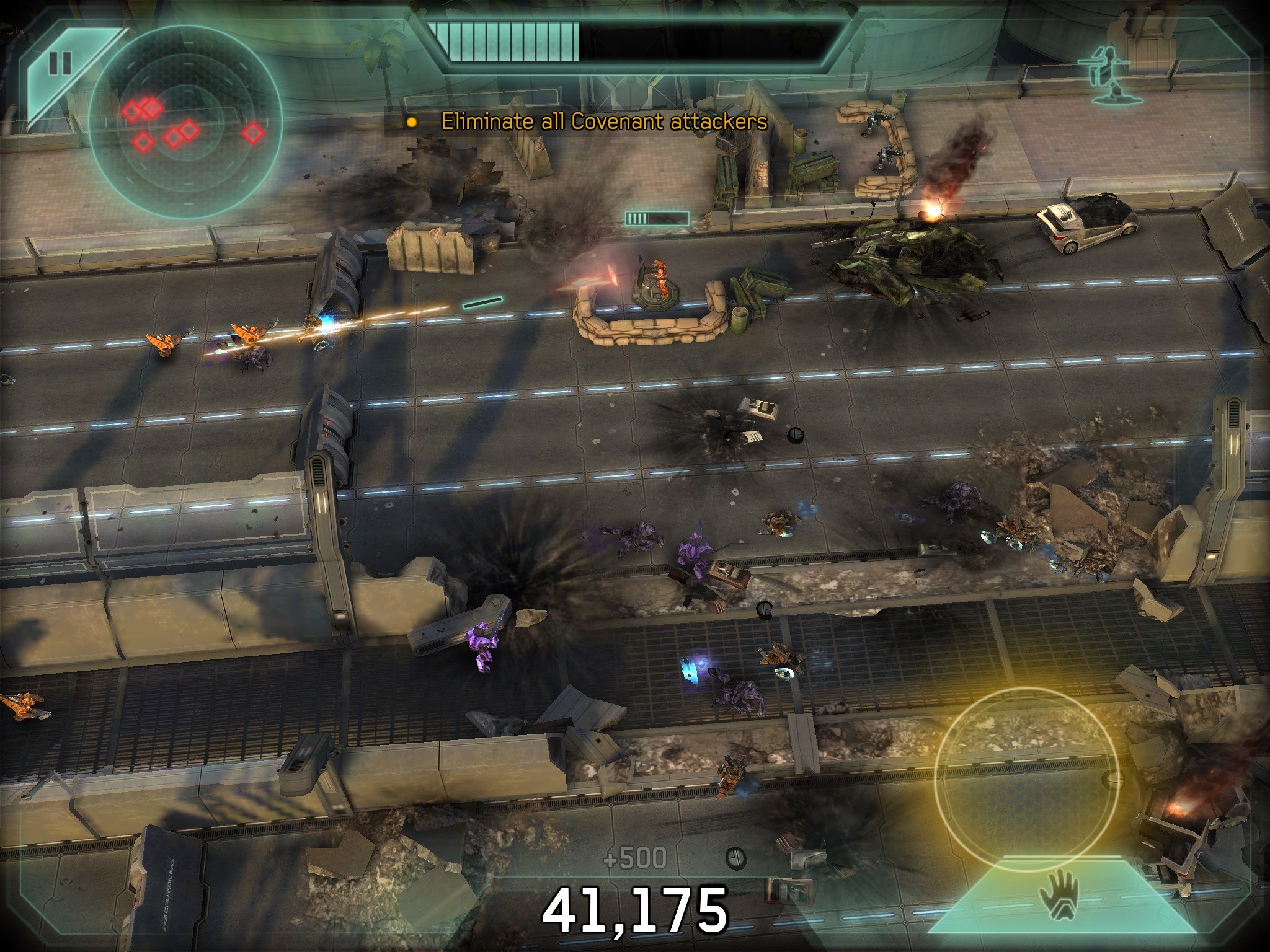 My previous experience with the Halo franchise is nearly exclusively with Halo 3 on the Xbox 360. I played a few multiplayer matches of Halo 2, but those went so poorly I just like to pretend they never happened. Halo 3 was largely the same, albeit I was playing with friends most of the time, so that dulled my misery considerably. Fortunately for me, neither Spartan Strike nor Spartan Assault are like traditional Halo titles.

Both Spartan Strike and Spartan Assault are top-down shooters that put players in the boots of a Spartan soldier. If there were joysticks involved in the iOS version, you could easily call them “twin-stick shooters”, but alas, no joysticks. 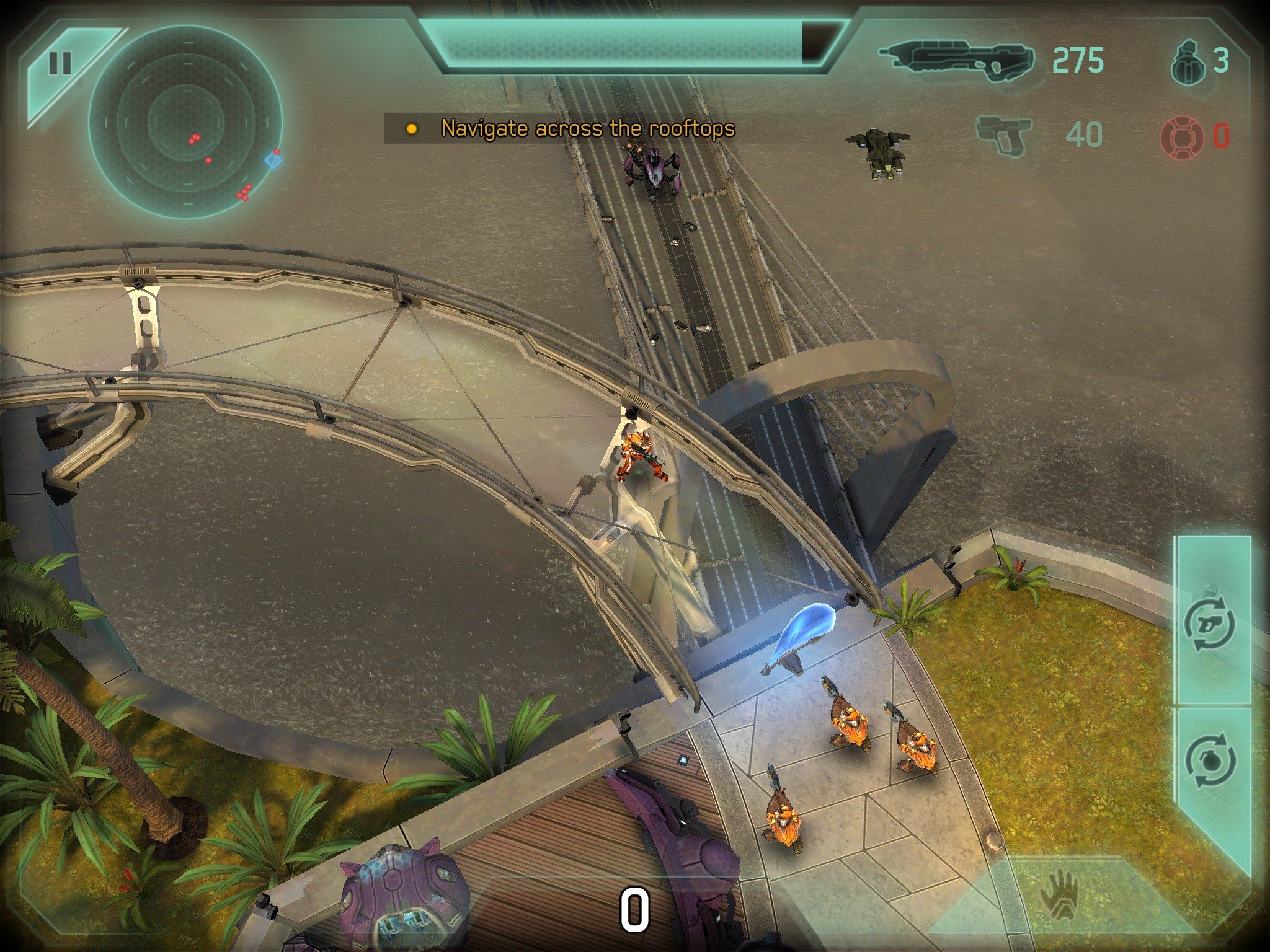 The controls in both games are exactly the same. Movement is handled with the left thumb in the bottom left corner, and aiming is handled with the right thumb in the bottom right corner. Tapping anywhere triggers a melee attack, and double-tapping and holding on the second tap enables grenade-throwing. It’s all very standard, and if you’ve ever played a top-down shooter on your iPad or iPhone you’ll roll right into the controls with ease.

Players familiar with the weaponry of the Halo universe will easily recognize the guns found laying around the levels. From sticky plasma grenades to the iconic battle rifle, fan favorites are aplenty. Players of Spartan Strike and Spartan Assault get a few new gadgets to play around with, imcluding steroids to increase the Spartan’s performance in a variety of different ways, from increased movement speed to increased health regeneration. 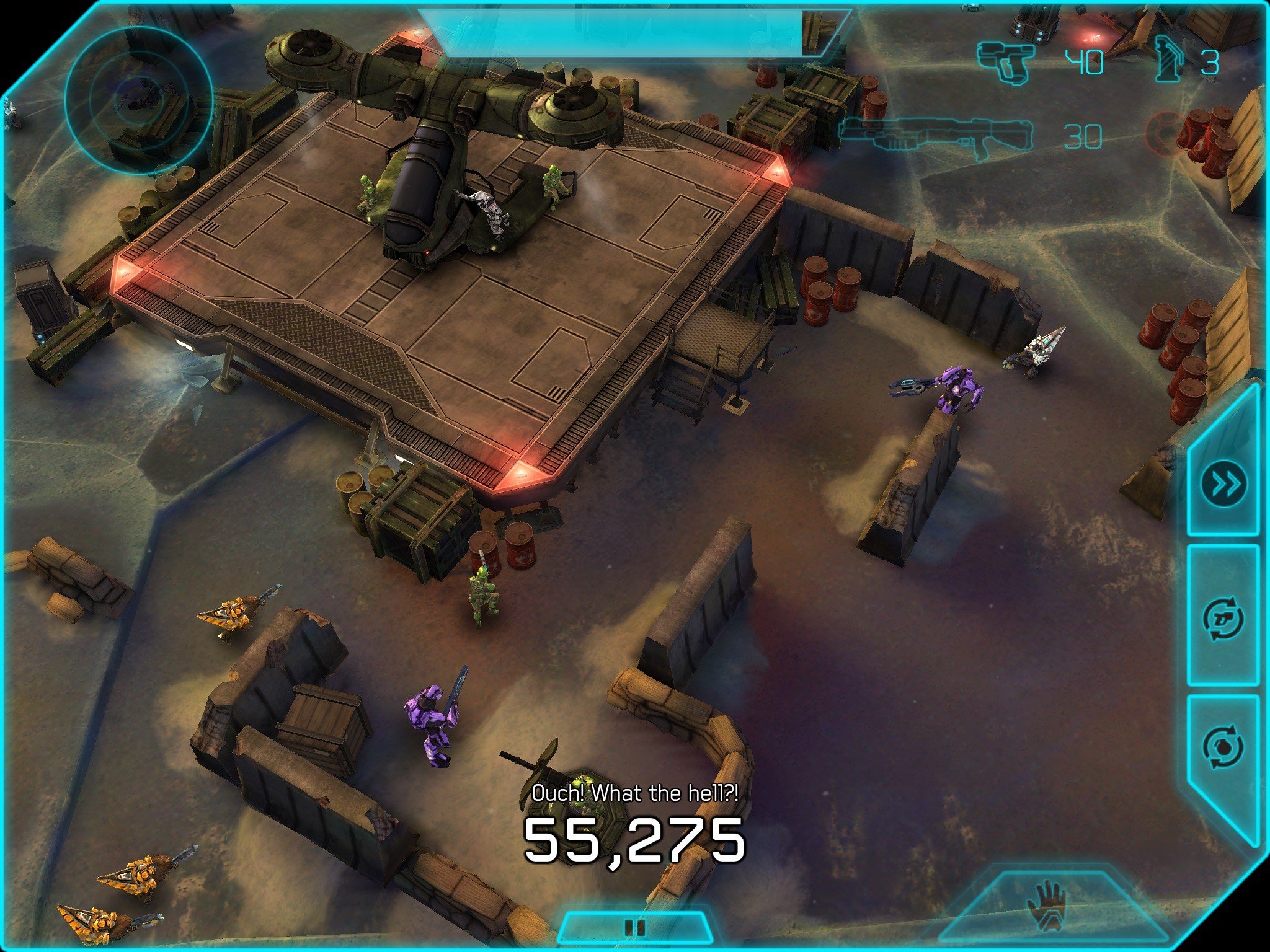 The levels in both games are fantastic. The developers did a great job of presenting a sense of scale from a limited, top-down, viewpoint. As I ran across the tops of buildings I was afforded a glimpse down to the streets below where USMC forces and Covenant forces were battling one another. Other times banshees would zip overhead as off-screen anti-air guns took shots at them, clouding the skies with flak. Even in mobile form, Halo is still a large-scale epic.

I had a few issues with controlling the game’s vehicles though. Driving was never the issue — in fact the game does a near-flawless job of automatically switching from drive to reverse depending on how I am commanding the vehicle to move — the problems arise when it comes time to shoot. The controls limit my cone of fire with the heavier shells, forcing me to line up my target straight in front of me. So basically, I have to be driving straight at an enemy to hit them. This presents problems as driving straight at enemies is never advised, ever.

With enough practice I’ll (hopefully) get better at the vehicle portions. The fate of the universe depends on it, and all of that.

Halo Spartan Strike and Spartan Assault are two games that may not be traditional Halo shooters, but they are worthy of the Halo name nonetheless. They both deliver epic sci-fi ground fights filled with the sights and sounds of the Halo universe — but while they may bring something new to the brand, they don’t do much to shake up the top-down shooter genre. Still, what they do, they do well.

Ultimately, asides from the story, our experience with the two games was largely the same. If you’re a Halo fan, you’re going to want to grab both. So really, go for the bundle.