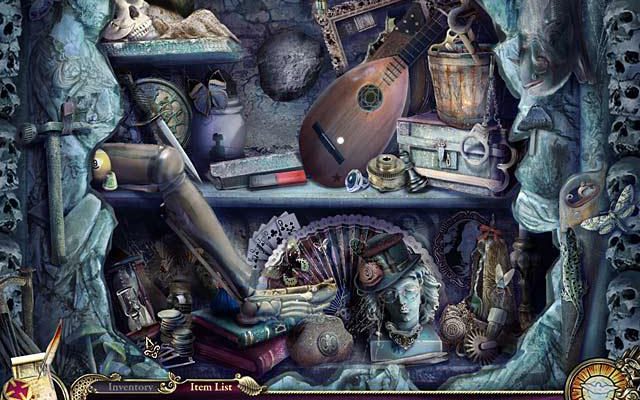 Templars! What is it with those guys, anyway? They’re always getting up to no good. This time they’re causing trouble for the good folks in a small town in southern France, including your brother and his wife, and they need your help to set things right! No points for originality in the setup, but Hallowed Legends: Templar manages to bring some exciting tricks to the table and be a lot of fun anyway.

Hallowed Legends: Templar a great-looking game, and the soundtrack is fantastic as well, but what really makes an impression is the liberal use of live-action video in numerous cutscenes scattered throughout the game. The acting isn’t exactly Royal Shakespeare Company but it’s not offensively awful either, and the video clips are actually integrated very well with the rest of the game, as digitized actors flow in and out of the photorealistic backgrounds about as smoothly as anyone could expect. 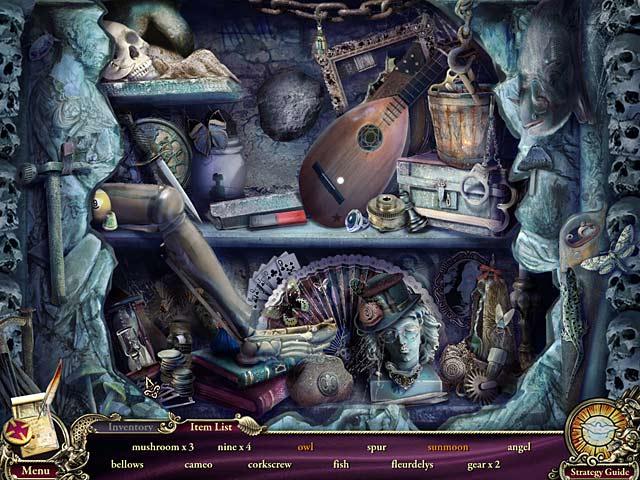 And what are the Templars up to these days? Honestly, it’s kind of hard to tell. Knights of the ancient order seem to be crawling all over the place but the root of the trouble remains a mystery until the midpoint of the game, and even when all is revealed in the grand finale, none of it makes a whole lot of sense. I admit that this complaint veers dangerously close to pet peeve territory, but the incoherence of the story really rubbed me the wrong way. The pieces just don’t fit, and while I’m not expecting some kind of hidden object Hemingway, it’d be nice if at least a little effort was put into it.

Anyway. Another of Templar’s innovative features is the use of inventory items in hidden object scenes, but that’s a bit of a bumpier ride. Some objects have to be combined or manipulated in some way before they can be found, which is nothing new, but a few of them actually require interaction with stuff you’re carrying around in your inventory. It’s a gameplay twist that sounds pretty cool, yet it’s flawed in execution because you’re not told which objects require a secondary in-scene item and which need something out of your inventory. The result is that you can waste a lot of time painstakingly picking through a hidden object scene, only to discover later – after you’ve given up in frustration – that what you were looking for was never there at all but was actually located at a later point in the game.

Aside from that potential irritant, hidden object scenes are plentiful and challenging but otherwise unremarkable. Puzzles and mini-games, on the other hand, are a little rarer but generally quite tough, although they can be problematic, too. One puzzle remained completely incomprehensible to me even after looking at the solution in the strategy guide, while the solution to another, again revealed by the strategy guide, turned out to be completely wrong. At least two others were comparably obtuse but could be completed through brute-force trial and error, which gets the job done but isn’t exactly a lot of fun or especially rewarding. 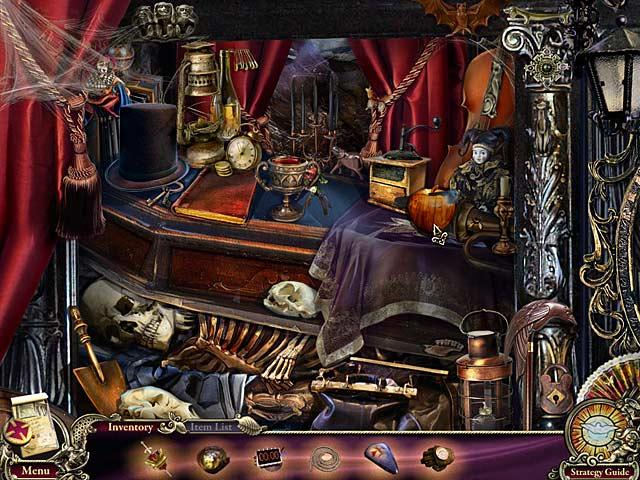 And yet for all that complaining, Hallowed Legends: Templar really is quite a good game. It’s a big beast, with an easy four hours of gameplay and almost definitely more for anyone tough enough to take on the hardest of its three levels of difficulty, which offers no hints and allows no skips. Overall production quality is through the roof, yet as pretty as everything is – and it’s all very pretty – it’s also rather creepy, with plenty of skeletons, skulls, dead (and near-dead) bodies and one surprisingly in-your-face murder. It’s not a horror game, but it definitely has its moments.

The collector’s edition extras are also surprisingly good. It’s a fairly standard mix of wallpapers, concept art, soundtrack and bonus chapter, but real effort has been put into making them a relevant part of the package. The wallpapers in particular are unique and lovely, and the powerful soundtrack can be saved for listening outside the game, thank you very much. The bonus chapter is fun, too, for the ironically hilarious way it turns the end of the original game on its head – but I’ll say no more about that. There are also plenty of achievements to earn, some very tough, and a bunch of hidden doves to collect, which doesn’t have any impact on the game that I noticed but is good for an achievement if you find 50.

Hallowed Legends: Templar is one of those games that really wows you out of the gate, starting so strong that you can’t help but think about 5/5 before you’ve even hit the second HOG scene. That’s a tough pace to keep up and ultimately it stumbles a bit, but in spite of a few rough patches it’s still a very high-quality effort. You may find yourself frustrated in spots, but you definitely won’t be disappointed.