Home / Reviews / Hail to the King: Deathbat Review – For Avenged Sevenfold Fans Only

Hail to the King: Deathbat Review – For Avenged Sevenfold Fans Only 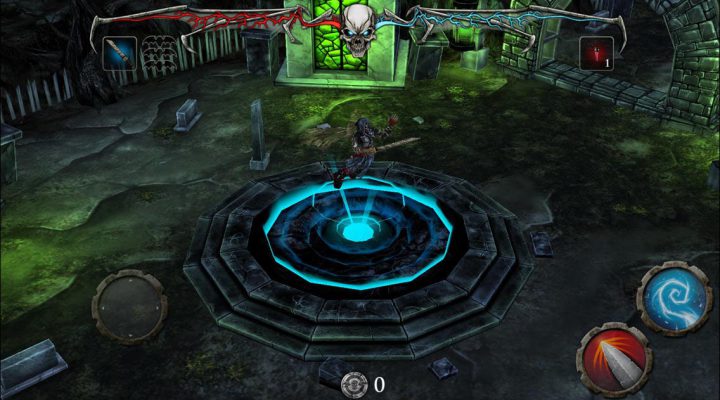 Loads of Avenged Sevenfold references if you're into that.

If you're not into Avenged Sevenfold, the game on its own doesn't do much to impress.

A film buff friend of mine once told me that he loved passion projects from directors. Not because they were good, but because they were often bad in an interesting way. That’s a fairly apt way to describe Hail to the King: Deathbat, an action-RPG based around the band Avenged Sevenfold.

Any sort of external reading about the game will turn up quotes from the lead singer talking about how he wanted to make an awesome game about the band. It’s clearly a passion project, and one whose flaws will only be overlooked by fans of the band itself, who will no doubt dig the references. But for the rest of us, Hail to the King: Deathbat falls flat. 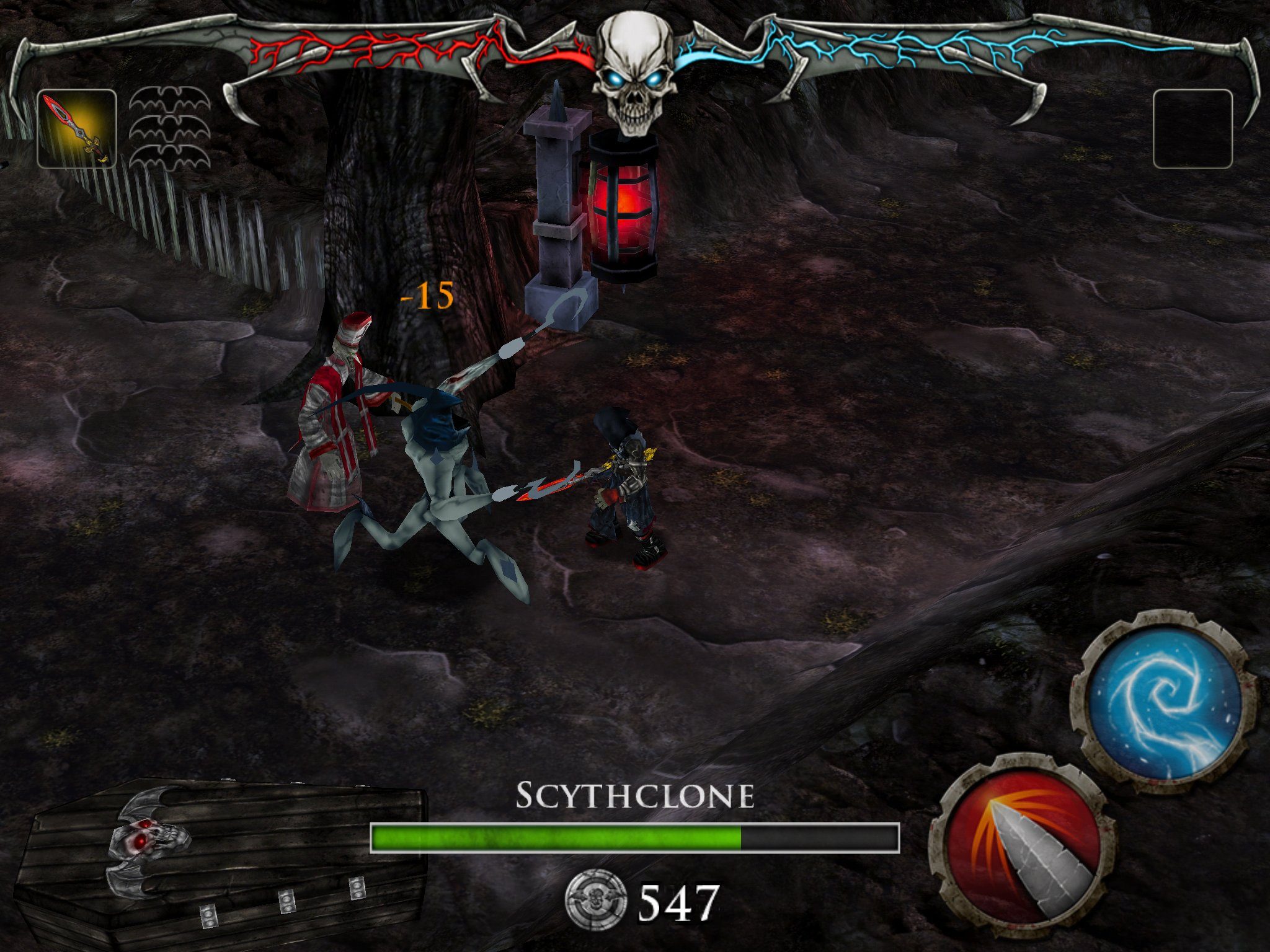 The story is overwrought, to say the least. There’s a lengthy prerendered intro going into too much detail about how the world was created, how you saved the world, and how you were then killed and resurrected as the Deathbat to kill the evil impostor you who has taken it all over. It’s your garden-variety ridiculous fantasy stuff. And throughout the game, there are loads of references to the band’s music and art. Levels are named after their songs, and there are references to their lyrics all over the place, including when you die.

I haven’t made reference to the actual gameplay itself yet for a good reason, and that is that the gameplay is frankly irrelevant to this game. The whole point of this is so clear: to make a game about the band, and to just try for a general feeling of being badass. There are also a bunch of references to their late drummer, “The Rev,” who is a character in this game who has died and provides assistance from beyond the grave, as a clear tribute to someone they’ve lost. So really, there’s gonna be a whole segment of the audience that finds that badass. And they’re gonna find the whole idea of playing in a level called “Bat Country” wicked. And they’re going to at least be amused at every lyrical reference they see.

So yes, how the game plays is absolutely irrelevant – it’s a game based on Avenged Sevenfold. The word “dude” is going to get said a lot, talking about how you control this dude who shoots fireballs, and you can buy swords based on each of the band members, and the prerendered cinematics showing Deathbat stabbing Death with a sword are the coolest thing ever.

If this sounds like your cup of tea then go buy the game. Any opinions on the game itself are utterly irrelevant. 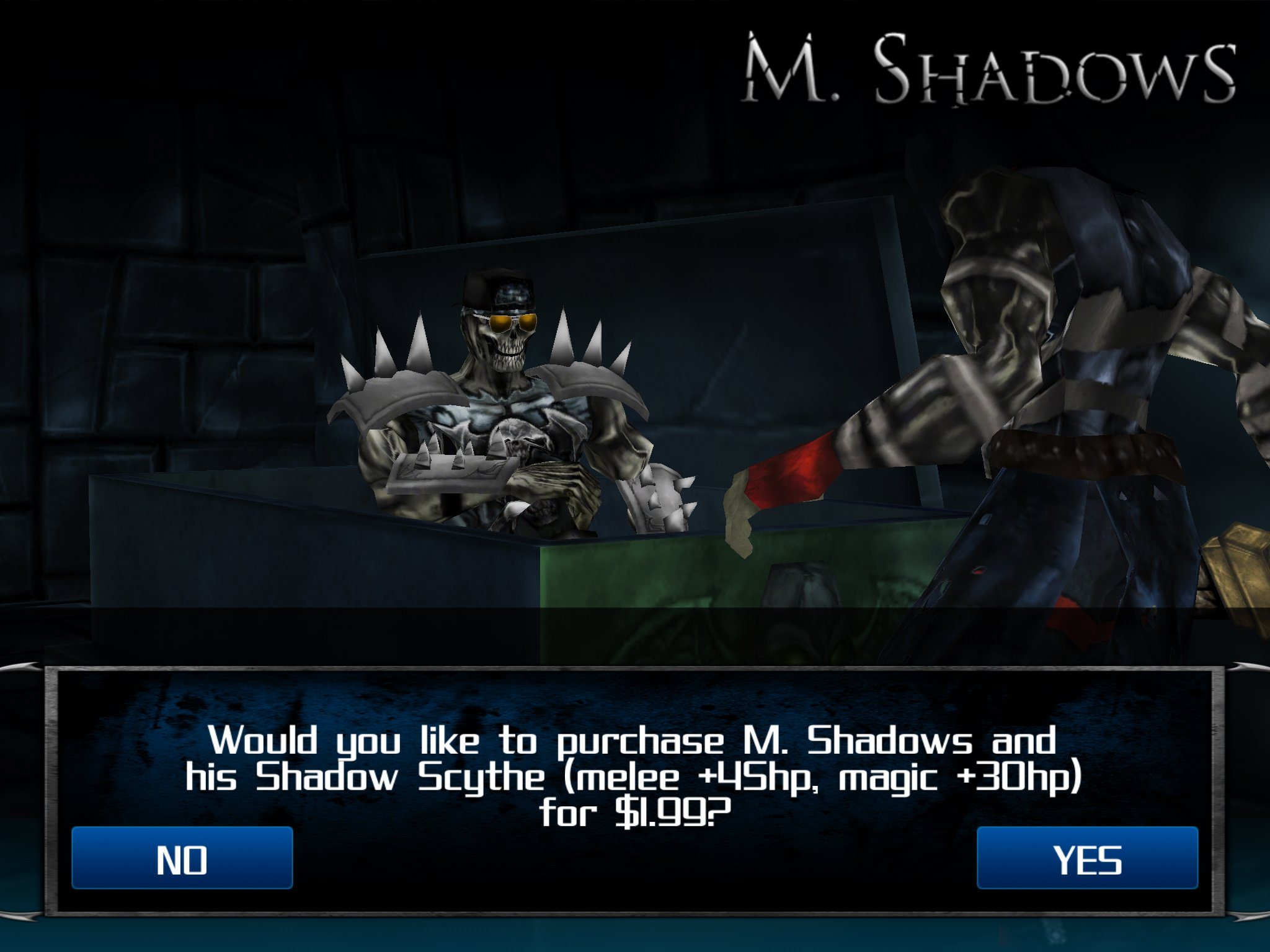 But let’s say you’re not an Avenged Sevenfold fan. Or even if you once were, like I was in college, before my tastes started to evolve. What you’re left with is a mediocre action-RPG. There are only attack and magic commands, meaning that skillful play is mostly just attacking enemies and running away. The animations are limited and repetitive. The magic has a charged attack, which has an annoying delay that allows you to get hurt while it’s happening.

It’s also strucutred in the oddest way. There is a five lives system where you’ll fail a level if you run out of lives, but the lives don’t refill if you beat a level, and you can buy extra. I thought there might be a roguelike element where you’d have to start over if you ran out of lives, but nope, it’s just a lives system – though the game suggests it’s more sinister than it actually is. There’s a currency to buy potions and new weapons, but it’s not necessarily that easy to grind if you need money for more potions or to buy a powerful weapon. In this case, the IAP for one of the band members’ weapons might be worth it, and ultimately a cheaper proposition than a proper IAP economy would likely price things. But it just has the feel of not being a fully thought through system. 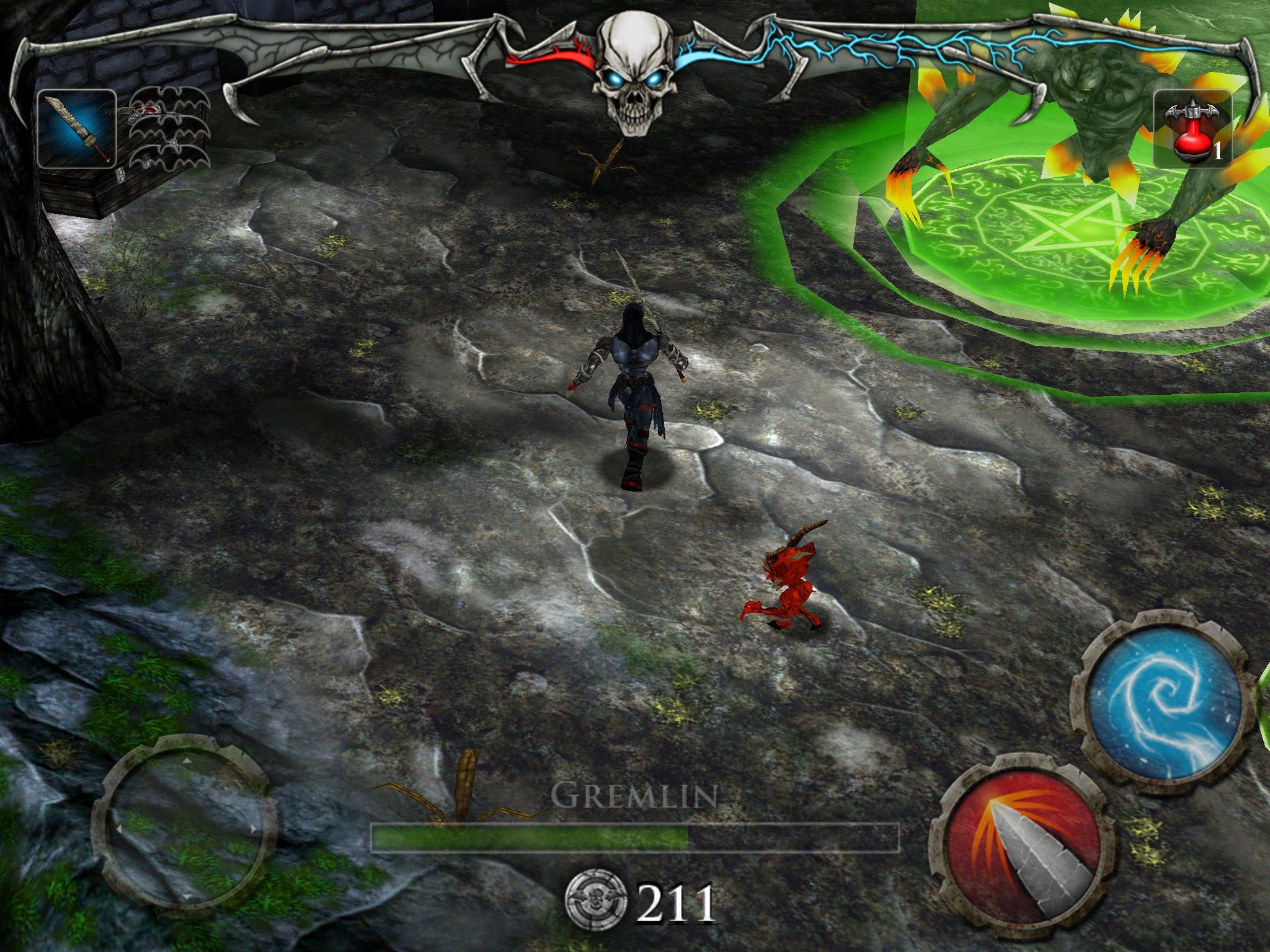 Really though, I can’t help but think that the audience for this game won’t care about that. Maybe they’ll be a bit annoyed by some of the flaws, but they’ll be willing to forgive. But being a mediocre action-RPG is not the point of Hail to the King: Deathbat; this is a game by Avenged Sevenfold for their fans, and unless you are one, stay away from this game. It’s an interesting passion project, but it’s something that feels like it’s being made because someone really wanted it to be made, rather than because there was some good idea at the core of it.