Home / Reviews / Guy vs The Wicked and Nefarious Land Review 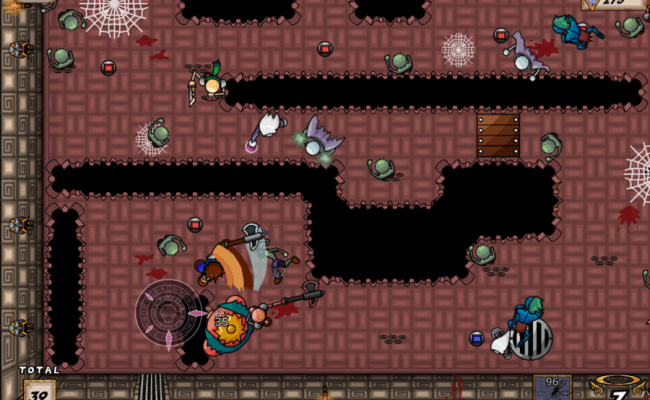 It’s a story with which we can all relate: Guy hits on king’s daughter, king promises the daughter’s hand in marriage if the guy can clear out a land full of monsters. You know, everyday stuff. This story plays out as a high energy action game with liberal doses of laughs in Guy vs The Wicked and Nefarious Land, a test of reflexes and wits from Cog Monkeys and Desura.

Some of the humor is literal, as the protagonist in Guy vs The Wicked and Nefarious Land is actually named Guy, and the challenge that awaits him is in… well, you get the idea. To win the hand of Princess Eli, Guy must eliminate all kinds of undead monsters while trying to decipher a strange reoccurring dream. He’s not short on confidence, so it’s up to you to help him live up to his reputation as a top notch combatant.

Viewed from a  top-down perspective, each level in the titular land consists of a series of rooms. Most are filled with monsters, and can only be passed by eliminating a certain number of them or surviving for a specific period of time. There are also traps and environmental hazards to navigate, plus a change of pace that comes on occasion from puzzle rooms that feature tasks like sliding blocks onto pressure plates. Some locked doors require a key from another room to open, and each level ends with a boss battle that tests you with a new game mechanic. 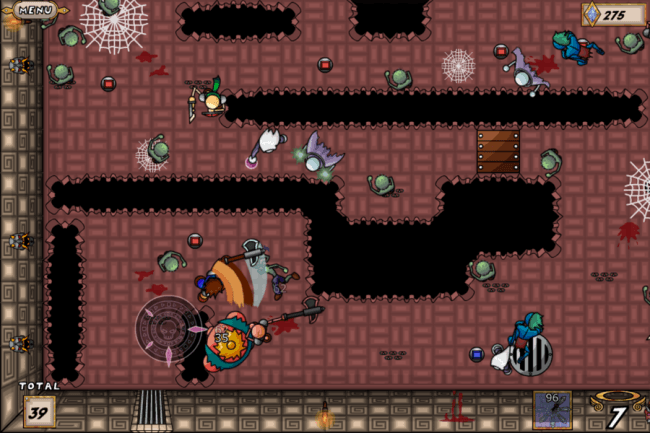 Controlling Guy is easy with a keyboard or mouse, as his tricks are pretty much limited to moving, attacking and utilizing one skill that can get you out of tight spots. Expect to do a ton of slashing as the enemies come at you in waves, sometimes in such great numbers that it seems ridiculous. The game has two difficulty levels, Kid and Hard, but there’s a note when you choose that says the game is designed to be played on Hard. It’s almost like a test of your manhood – or womanhood, as the case may be.

Difficult games are kind of in vogue again, so the challenge is a welcome one. Most of the time, Guy vs The Wicked and Nefarious Land succeeds in making things tricky by throwing bad guys at you that have a mix of different characteristics, forcing you to decide quickly who the biggest threat is, eliminate them and keep moving. Other times, the game simply dumps you in tiny rooms with insane amounts of undead monsters, and since Guy’s mobility is often his greatest strength, that strays across the line separating hard from unfair.

Guy does have a little bit of help in his quest. Princess Eli’s bodyguard Sako sells new weapons for rupees that he loots from the monsters. A mysterious witch Guy saves early on is also willing to lend a hand, providing amulets that can resurrect him a certain number of times per level and other magical trinkets. The amount of rupees found in each level is pretty generous, so you’ll be able to upgrade often. 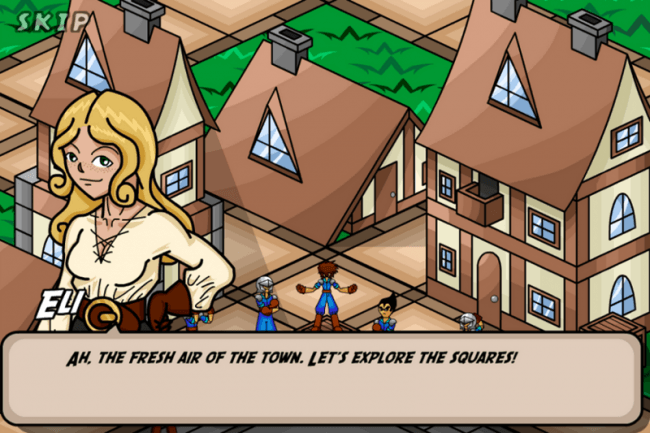 The folks at Cog Monkeys opted for a simple visual style that has obvious anime influences, especially in the character designs and story scenes. That story is packed with jokes that are actually funny, and the script has enough pop culture references that everyone will find some that are right in their wheelhouses.

There are achievements and bonus levels to reward truly dedicated players. Whether you become one of them is really a matter of whether you enjoy the hyperactive pace and difficulty, as Guy vs The Wicked and Nefarious Land is the type of game that probably will let you know within 15 minutes if it’s right for you. Desura does offer a demo, so unlike Guy, you have a chance to test it out before throwing yourself headlong into the chaos.