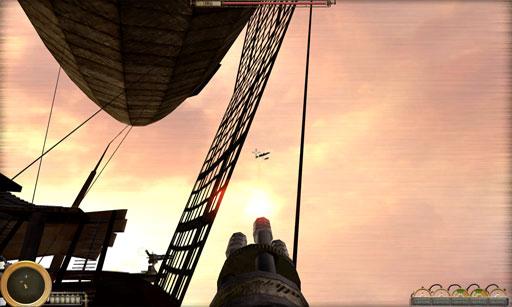 Soaring high above the clouds with the sun beaming down and the wind in your face, it’s simply exhilarating to look out across the deck of your airship and marvel at the freedom that comes with piloting your own vessel capable of sailing the skies. But such moments of calm and tranquility are fleeting in Guns of Icarus, since heavily armed air pirates with itchy trigger fingers seem all-to-keen on swiping your cargo through brute force. And that’s when the excitement kicks in full throttle.

Guns of Icarus is an impressively-crafted 3D third person defense game that makes you the pilot of a huge zeppelin airship in a steam punk world filled with the omnipresent threat of danger at the hands of countless bandits and air pirates. As a hauler of important and highly valuable goods, your job is to see to it your precious cargo reaches its final destination intact. But the path ahead is a long and treacherous journey through lethal skies, and each leg of the trips has you fending off waves of attackers coming at you from all sides.

Once you’ve plotted a course and selected your armaments, you get to directly control your character in a 3D over-the-shoulder perspective as he flits around different areas of the ship. The airship essentially runs on autopilot, leaving you with the challenging task of making sure it doesn’t get too chewed up before the destination mileage counter ticks down to zero in each level. Swarms of enemy fighters and other ships will approach from the distance in different directions to attack you, forcing you to take frantic defensive measures.

Much of your time is dived almost evenly between manning different gun emplacements located around the deck and repairing hotspots that are prone to taking damage. One of the great things about this game is you’re given the freedom to travel along the desk, into the cargo bay, across elevated walkways, along the side railings, and into other nooks and crannies to access the different interactive elements on the ship. The crucial systems that keep you afloat and the numerous gun emplacements that serve as your main line of defense are scattered all around the different levels of the deck.

Gun stations are located at the front and back of the ship and along both sides. Each has a limited firing angle and range, so taking down your moving targets often means moving from a gun station on one side of the deck to another on the opposite end. When you hop into a gun emplacement, the perspective switches to a first person view to allow you a better shot at aiming at incoming targets. Some enemies are harder to shoot down than others, and the different gun types you can equip your ship with in-between missions each have their own advantages and disadvantages. 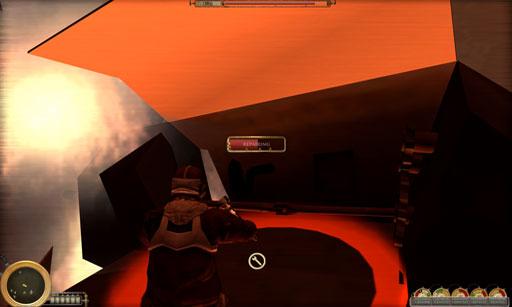 While Guns of Icarus certainly isn’t lacking in action, it’s as much about keeping your cargo safe and your ship’s systems operating smoothly as it is pumping hot lead into bogies. On the repair end of things, different gauges track how much damage is done to important areas of the ship. If any of these critical components take too much damage, you’ll wind up plummeting downward in a fiery blaze.

Taking heavy damage to different systems also has side effects that influence the gameplay. For example, if your left or right engines are hit too much, they’ll catch fire and slow your momentum down substantially. If your cargo bay takes too much damage, you won’t receive as many opportunities to upgrade you guns and armor between missions. The zeppelin itself and its rigging are two other crucial areas to defend. Repairing any of these items is easy – you simply run up to it and hold down the left mouse button while a meter charges – but this takes precious time and requires you to stand still until the process is completed.

This unique dual combat and repair dynamic really makes the gameplay intense and enjoyable, though it can also be frustrating at times when you can’t keep things together despite your best efforts. There are many branching paths on the map available for you to pick from during a given campaign, and each is labeled with its difficulty. The medium and harder routes can be excruciatingly tough to conquer, but most players will find the easy stretches still challenging enough to be fun.

If playing alone gets too overwhelming, you can setup multiplayer matches for up to four players that let you work together with friends to keep the skies clear of foes. All in all, Guns of Icarus is a beautiful game that takes a handful of old ideas and makes them feel fresh again.