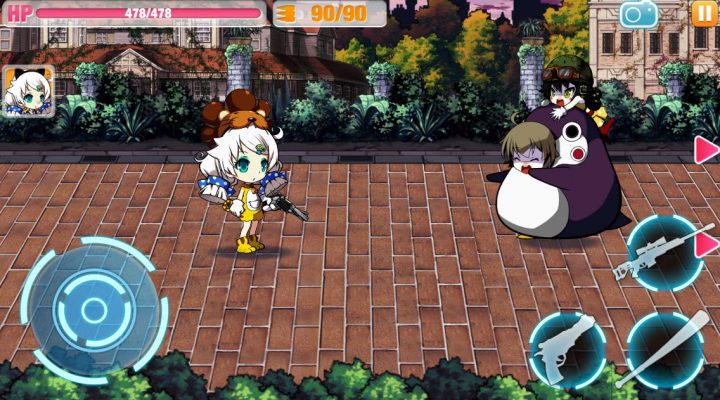 Tons of weapons and items to collect.

Imagine going to school one day and discovering the grounds overrun with zombies. On the positive side – hey, no classes (though the old bat Mrs Keese may tell you otherwise, you are not actually obligated to attend Brain Sucking 101)! On the downside, if you’re the only student with your sense still intact, you’re going to have the unenviable job of putting your rabid friends down.

Kiana, the main character in Guns Girl Z – Escape Ragnarok must take up her guns after a zombie virus infects her school and turns her former pals into flesh-munchers. Heavy stuff, but Escape Rangarok doesn’t take itself very seriously. In fact, it’s pretty heavy on the anime fan service: Even the short opening cinematic racks up a pretty high panty-flash count. 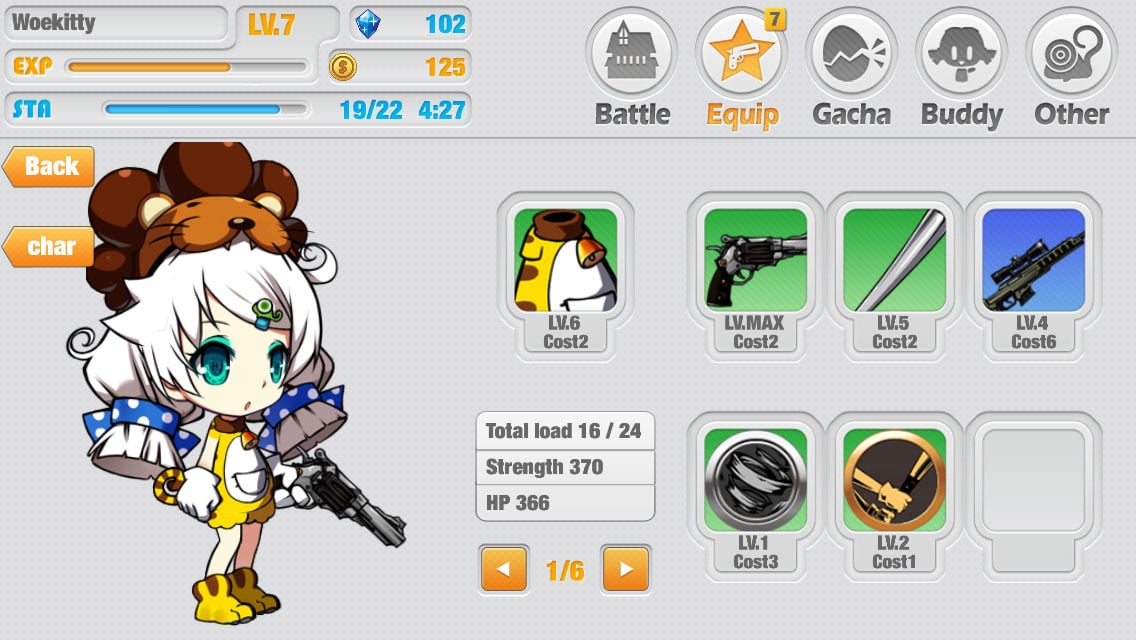 Beneath the squealing of Japanese slogans, short skirts, and lavender hair, there’s a serviceable but average 2D shooting / beat-em-up game. If you’re going to get invested in Escape Ragnarok, you’re probably going to do it for the aforementioned fan service.

Though Escape Ragnarok is primarily a side-scrolling button masher, there’s quite a bit of weapon collecting and upgrading on tap as well. Your main means of offence is firearms (quite a nice variety, including pistols, machine guns, and group-clearing sniper rifles), though there are melee weapon options for anyone that feels like clocking the zombies a good one upside the head.

You collect money, weapons, and other equipment after successfully finishing a stage, and all this goes back into making your firearms more powerful through combinations and upgrades. You can even earn more weapons through a gachapon game (that’s one hell of a gachapon). Escape Ragnarok’s collection process is a bit habit-forming, especially if you’re a fan of monster-collecting in Puzzle & Dragons and similar titles.

But despite being able to collect cool stuff, Escape Ragnarok gets repetitive pretty quickly. Level after level takes place in environments that look similar to one another. Enemies don’t change up their strategy much either; their main trick is to overwhelm you with numbers, meaning you need to keep on top of beefing up your firepower if you want to stand a chance. This in turn adds up to a lot of grinding unless you want to pay up front for rare weapons. 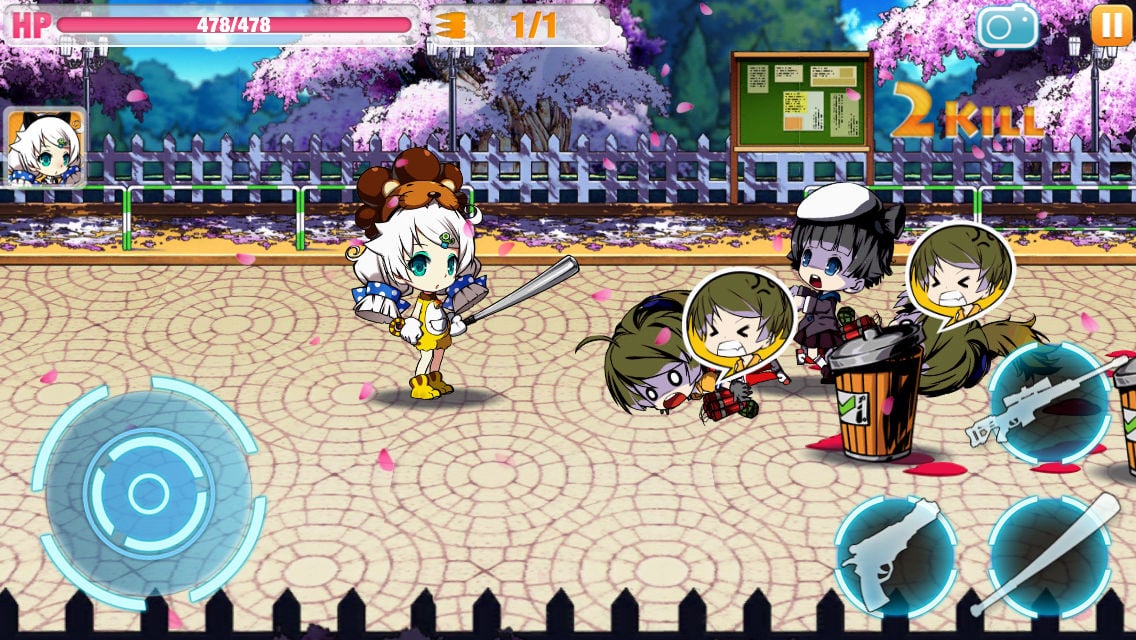 Guns Girl Z – Escape Ragnarok is easy enough to pass up if you’re not interested in gun-wielding heroines that wear mid-thigh Japanese school uniforms (or cat suits, or French maid suits, Playboy bunny suits, or whatever “practical” weirdness you manage to unlock as you play). Shooting your way through moving walls of flesh is admittedly mind-numbingly fun for a while, but there are only so many times you can shoot a kendo stick-wielding zombie schoolgirl before you say, “Well, this isn’t as fresh as it once was.”