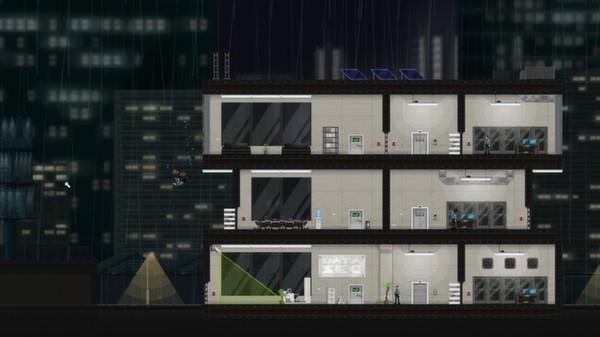 Sneak in, grab a copy of Gunpoint, and get out.

You might imagine that Gunpoint is a game about shooting things, given its name – but that’s actually far from the truth. In fact, the game only gives you a gun around three-quarters of the way into play, and if you do choose to shoot someone, the situation can go completely downhill from that moment.

Gunpoint is, in fact, a puzzle game based around stealth and logic. It’s also a great example of how a simple concept, backed up with fantastic writing, tight controls, and an air of non-linearity, can evolve into a must-have game that you’ll want to polish off in a single sitting, and then immediately share with your friends.

You play as an extremely jumpy spy, who is able to leap like a frog and attach himself to walls and ceilings. On each level, you’re asked to infiltrate a base filled with guards, steal some important documents or information, and then get out of there without being shot. If you need to take some of the guards down along the way, then so be it.

But you have a very special trick up your sleeve that helps to pave the way. With your Crosslink rewiring kit, you can switch to a separate view which allows you to see how objects in the building are wired together. You can then chop and change the wiring to your every whim, such that a light-switch now opens and closes a security door, or perhaps a CCTV camera opens a trapdoor whenever it spots someone.

These are just simple examples of what can be achieved throughout Gunpoint – and as you can probably guess, there is a ridiculous amount of depth involved. It’s possible to set up a chain of events, such that flipping a switch might cause an elevator to ride to the next floor, which in turn sets off an alarm which causes guards to come running, who then step through a sensor which opens a trapdoor and causes them to fall through. 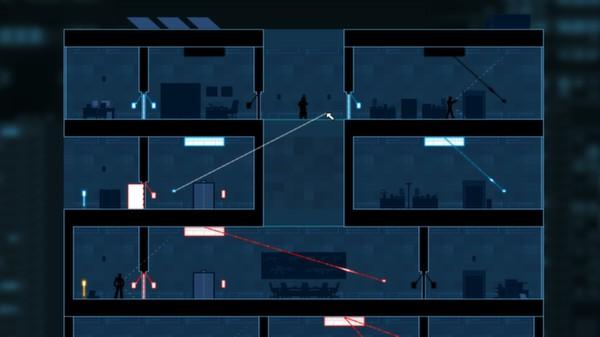 There are other tools to unlock throughout the game as well, which continuously cause you to rethink your strategies. Each level gives you a rank at the end depending on how much noise you made, how quick you were, and whether you killed guards along the way, so experimenting with the method by which you attack a new building is hugely entertaining.

Gunpoint‘s controls are worth ogling, because they fit the bill to a tee. Leaping through the air and landing exactly where you want is made easy with a line of projection shown, and the way in which the game pauses while you swap wiring connections around means that you have a moment to really think about the puzzle aspects of the game.

But it’s not just Gunpoint‘s gameplay that is so entertaining – the writing is also sublime. As a person who regularly hammers my way through reams and reams of dull dialogue in games, I found myself reading slowly through every story element that Gunpoint had to offer. It’s snappy, it’s hilarious, and it gives the entire experience such glorious personality. 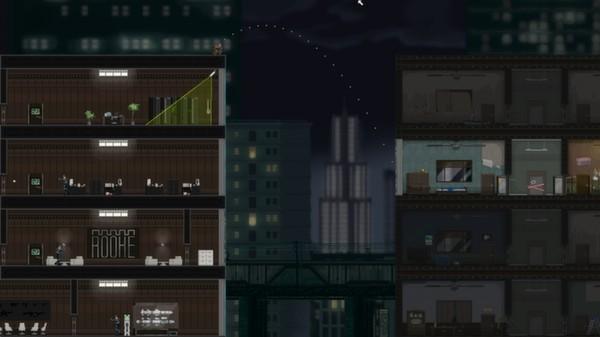 The story isn’t linear either. You can tackle multiple missions at once, each of which wrap around each other in a very clever manner. What’s more, there are also decisions to make throughout the game that affect how the story progresses, with different twists and turns to discover, and different endings to see.

Gunpoint is essential then, although it’s worth noting that it’s also rather short, clocking in at just under two hours of play. It’s still a brilliant way to spend an evening, but if you’re looking for more bang for your buck, then this may well be a sticking point. But honestly, you’ll feel like it was worth it regardless of length – it’s just that good.