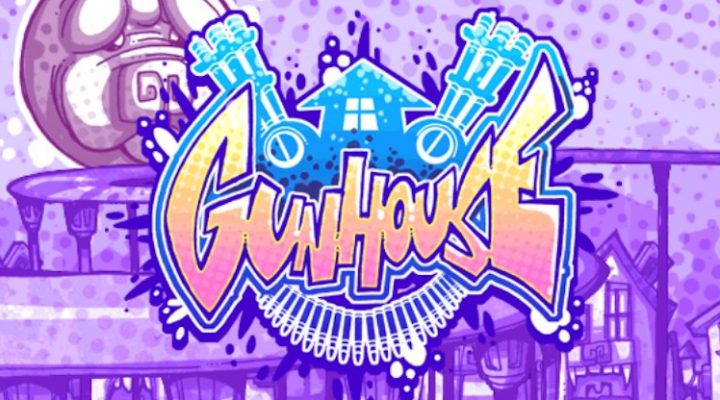 Over the top strong attacks are very satisfying

The combination of puzzle and tower defense works fairly well

Gunhouse is an odd game with an odd premise. You have to protect a house, and the orphans that live there, from all sorts of surreal monstrosities that want nothing more than to capture and chow down on said orphans. How do you protect them? By sliding tiles around and constructing massive guns to blow away anything that moves, of course. I mean, duh.

It plays similarly to how it looks: sort of rough, but also interesting. The art style is somewhat reminiscent of graffiti in the way that many of the creatures’ features are oddly proportioned. Plus the designs are sort of bonkers – like an enormous ice cream cone monster, for example. It’s a fun style that works well even when there’s so much happening on screen you can’t make out any specifics. 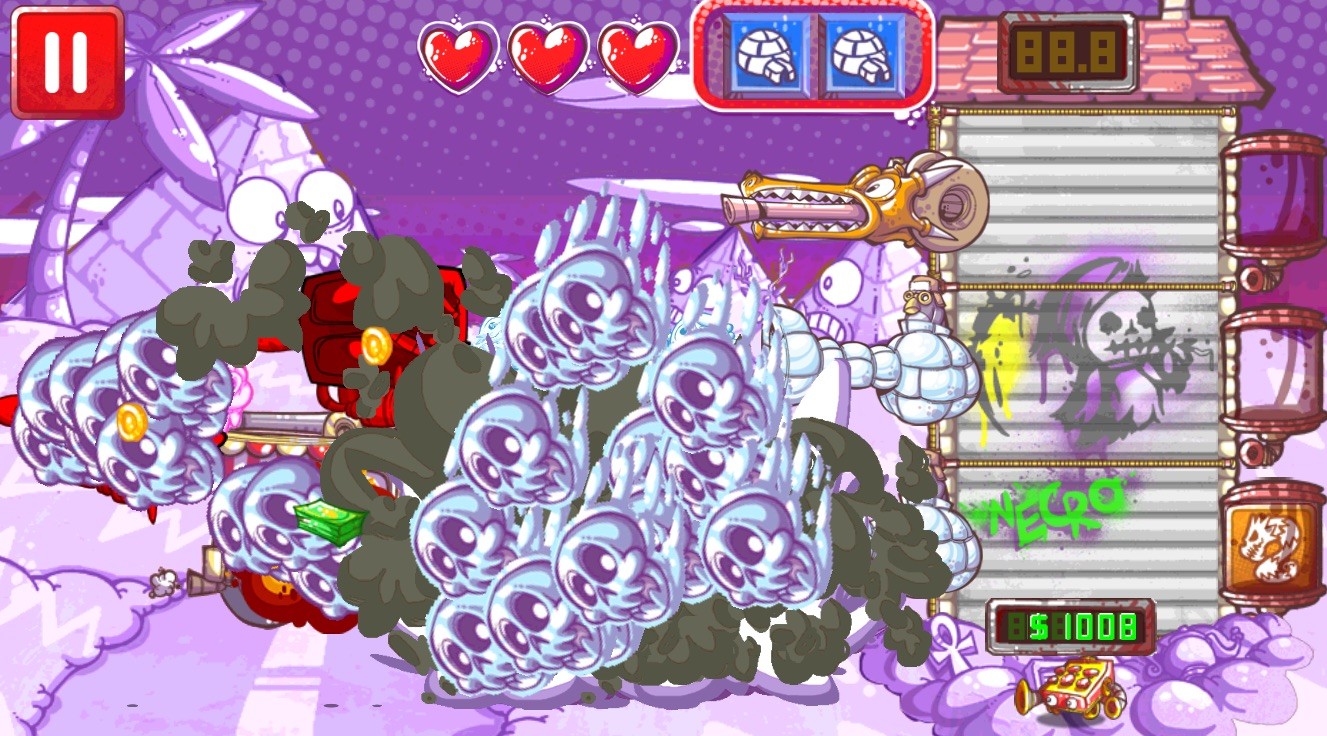 At the beginning of each enemy wave and sporadically interspersed throughout are moments where the action pauses and you get to prepare. Preparation consists of sliding horizontal rows of colored tiles left and right in order to get other tiles to collapse downwards and hopefully create larger tiles of 4X4 or larger. Once a large tile is created, you can swipe it out of the puzzle area in order to turn it into gun emplacements (to the left) or special attacks (to the right). The larger the tiles are when you use them, the stronger and more bombastic the attacks will be. And yeah, using one of those powered-up attacks is always enjoyable because they create all sorts of delicious mayhem. Like, a hailstorm of biting skulls that are each 1/4 the size of the house itself sort of mayhem.

Unfortunately the puzzle stuff can be a bit frustrating. The limited ways you can slide rows around coupled with the time limit end up making it tough to really get used to intentionally grouping blocks together. Some moves are obvious, but it makes planning larger moves in advance extremely difficult. And also aggravating, because there’s almost never enough time and there will definitely be a few moments where you simply can’t match up anything — thus leaving you completely defenseless for at least part of a wave.

Less problematic, but still somewhat problematic is the shop – where you can upgrade guns, unlock new ones, improve the house’s health and healing, etc. The interface functions well enough, but it could stand to be more intuitive. Locked guns appear grayed out regardless of whether or not you can afford to purchase them, and it’s not immediately apparent that you can tap on the big heart (that looks nothing like the other menu items, by the way) to tweak house health. There’s also no real visual feedback for when you upgrade something, aside from the level number ticking up and the cost of the upgrade increasing for the next level. It took a lot more fumbling around than I’d care to admit before I figured out that I was “wasting” (more like unintentionally spending, really) money on stuff I didn’t necessarily want, or even figure out that I could improve the house’s health in the first place. Honestly, if it weren’t for the goal checklist shown between levels, I probably still wouldn’t have any idea about upgrading health.

Don’t get me wrong, Gunhouse is a nice mash-up of genres. I’ve definitely been having fun with it. However, there are a few irritating elements that muddle the enjoyment a bit. Having said that, if you’re a fan of quirky games that try new things, Gunhouse is well worth a download.