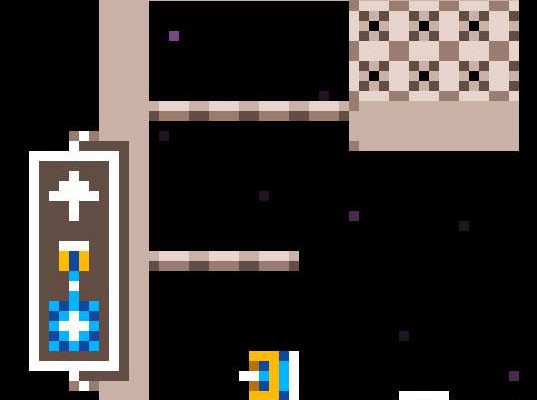 Gunbrick is a tiny little puzzler full of “a-ha!” moments

If you want to be a retro looking game and play in a 50 pixel by 50 pixel space, then really you need to be pretty simple. There’s only so much that can go on in such a tiny spot. In Gunbrick, you play as a tiny square who can rotate left and right with the keyboard and fire a gun that sticks out of one of your four sides. You can’t move the gun, you can only change which direction it’s pointed by rolling around. It’s a unique mechanic and it’s put to excellent use over the course of the game.

The first thing you’re going to want to do while playing Gunbrick is get the game out of that tiny space. They may advertise the fact that you can “play the game in the icon,” but who really wants to do that? Maybe you folks with 20/20 vision might be up for it, but for the spectacle-laden rest of us it’s simply too small to enjoy. Luckily they give you the option of blowing it all up, and since it’s all retro-inspired pixels, it looks great.

Gunbrick starts out simple enough, with players rolling across the first level, shooting a few blocks obstructing their path, and not much else. The game doesn’t really inform you of what you’re capable of or how to control it, so it sort of serves as a sandbox/tutorial so that you can figure things out before the challenge kicks off.

Level 2 is really where the game begins to reveal itself to you, opening up to be a bit deeper than it initially appears to be. On the pan across the level before you play it, you’ll see tons of roadblocks and even more mounted and firing guns – some of them autofiring so fast that they may as well be laser beams. Just as you’re wondering how you can possibly get through that stuff with the meager means at your disposal, the level starts and the game cleverly gives you an answer.

Turns out that while one side of your square form is a gun, the opposite side is a shield. Guns that fire into it have their shots harmlessly bounce off. So long as you keep your southern end pointed in the direction of the shots, you’re good to go. This game lesson is built on quite quickly when you figure out that shooting the gun left or right slides you in the opposite direction, like a recoil. 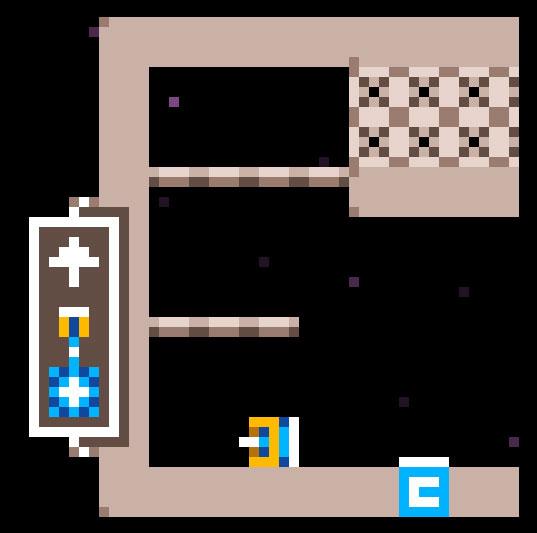 This lets you manage the rotation of your square better, like for instance, backing yourself towards one of those super-fast firing guns. Rotating along as normal is instant death, but the slide makes it cake. That sliding also comes into play when you need to get the gun pointed down in the exact right spot you can shoot yourself upwards.

Limiting the movement options of the gunbrick but giving you ways around that limitation opens up some pretty unique and challenging gameplay. It creates a sort of puzzle where there doesn’t initially appear to be one. Seeing a ledge that you need to boost yourself up to doesn’t exactly give you pause about what you’re supposed to do. But when you roll on over and your gun suddenly isn’t pointing down, you need to start figuring it out. Orientating the gunbrick properly is the key.

It gives you one of those “a-ha!” moments we love so much in games when you begin to work those things out in your mind. Those moments continue to pop up as each level seems to add more obstacles but smartly never gives you anything more in your arsenal. Having the limited options forces you to solve those puzzles with your mind, stealing away the option to just brute force it or shoot your way though.

Of course, it never gets too intense over the 10 sadly too short levels that make up the game. You certainly have some tricks up your sleeve in Gunbrick, but it only goes so far. It finds a decent groove and is happy to stay in it. Gunbrick is a unique and compelling idea that gets in, makes an impact and gets out… and doesn’t overstay its welcome till it feels old.