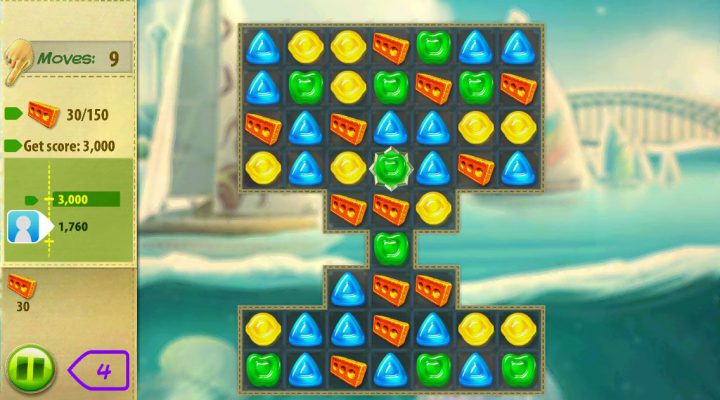 The move to mobile has been a big stumbling block for game publishers in the last few years, but in the last few months, Big Fish Games has made it look easy. This summer they released amazing mobile puzzle games in Cascade and Panda Pandamonium, and their latest match-three, Gummy Drop, proves that for Big Fish, good ideas come in threes.

Gummy Drop’s triumph is that it gives matching-three greater purpose. Sure, those of us who love the genre like the pure puzzle element of match-three, but I for one have always wished the genre contained deeper layers of gameplay. Gummy Drop uses the match-three mechanic as a means to various ends, the most important of which is rebuilding cities. The game’s global in scope but begins in Sydney, Australia, where you’re asked to gather resources and rebuild some of Sydney’s most famous landmarks. 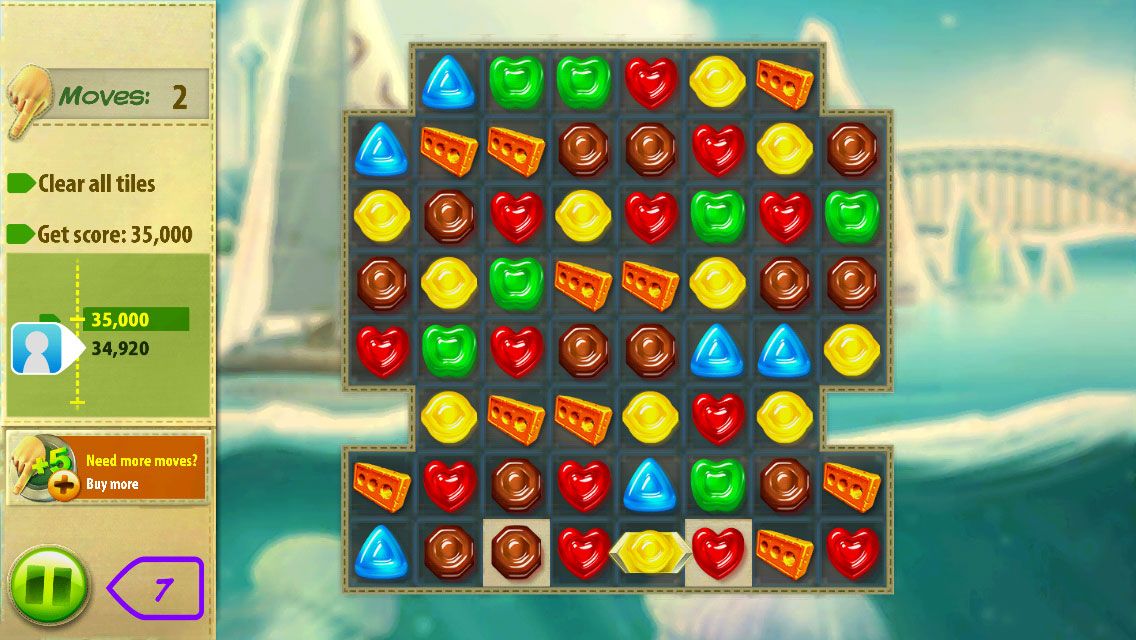 To start the rebuilding process, you need two things: manpower and resources. You get these by clearing match-three maps with score, icon or resource objectives. Each level has three difficulty modes, (from Intern to Master Builder) and each successive mode grants better and better rewards. It’s a process match-three fans will recognize and enjoy. They’ll also feel at home with the game’s powerup types—row and column sweeps, bombs, and lightning bolts that remove all icons of the same color—as well as how these powerups are earned (by matching four or more icons in various configurations). These things provide a springboard of familiarity that makes the jump to Gummy Drop’s new mechanics all the easier.

The game’s three resources consist of building materials, knowledge and gems, all of which are necessary for building landmarks and unlocking additional areas of the map. As you progress, various cards pop up and these can be used to exchange a small measure of gold (the game’s currency) for a wealth of resources. Workers are collected by clearing levels, and once you have enough workers, you can build factories that ensure a steady resource stream.

What’s great about all this is that it effectively removes the odiousness of repetition. My biggest peeve about many free-to-play games is the amount of tedium they force on players. The idea of course, is to make things dull enough that players feel compelled to spend real money to mitigate that tedium. The best games (in my humble opinion) are the ones that are a ton of fun to begin with, then make spending money an enhancement to that. Gummy Drop succeeds not only by being clever and entertaining, but by offering a tremendous amount of free fun. At this writing, I’ve played through fifty levels without being bored, and I haven’t spent a dime.

One of the coolest things about Gummy Drop is that it lets you buy powerups with earned in-game gold. Another is that if you fail a level, you have the chance to win another life or five additional moves by spinning a roulette-like wheel. Naturally, there’s an in-game store where you can buy things like gold and powerups, additional lives, and even a Trade Center that allows you to buy and sell resources online, but it’s totally optional. Lives refill fairly quickly, and the game’s steady difficulty ramp never leaves you feeling stuck. 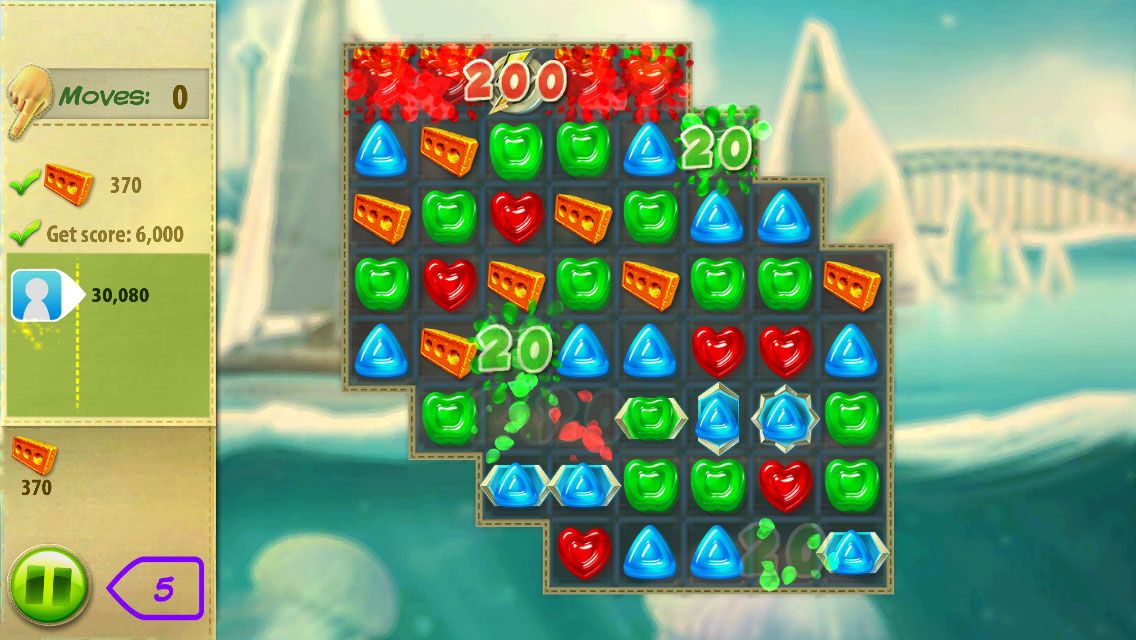 More good news is that Gummy Drop has a solid amount of content. Its global map shows five different cities (Tokyo and Sydney are the only ones revealed at the start) and Sydney alone looks to contain more than 100 levels. This should provide new Gummy Drop addicts plenty to do along the main path, but even more fun awaits outside of it in the form of surprise bonuses, special levels, resource wheeler-dealering, and a short-lived daily challenge.

Once again, Big Fish Games has devised new sways to enrich the match-three genre. Gummy Drop stretches a simple puzzle mechanic to create something with enough complexity and variation to attract non-match-three players. Better yet, it validates the enthusiasm of existing match-three fans while promising them further delight from Big Fish Games’ upcoming match-three endeavors.

Partyrs Review: Bring Your Own Brain