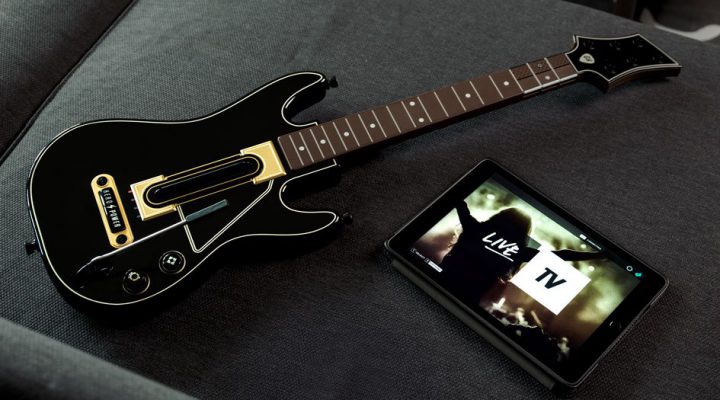 Plays flawlessly on a TV via HDMI adapter, and we have high hopes for Apple TV to be the same

It's the complete experience; Activision made no sacrifices to get this in your pocket

Activision are the kings of breaking down the digital divide.

While other publishers are focusing on companion apps for their AAA console releases, Activision has, once again, delivered the total package on mobile devices. They did it last year with Skylanders: Trap Team, are doing it this year again with its sequel — and for the first time, they’re ready to let you rock with nothing more than a plastic guitar and a pocket telephone.

Guitar Hero Live is available for iOS owners in a few different configurations. You can stop what you’re doing right now and download the game for free, though it will be fairly limited in what it offers. You can unlock the full game for $49.99, or — and this is what you’ll want to do — you can visit a retail store and buy a plastic guitar that will connect to your iOS device over Bluetooth for $99.99. 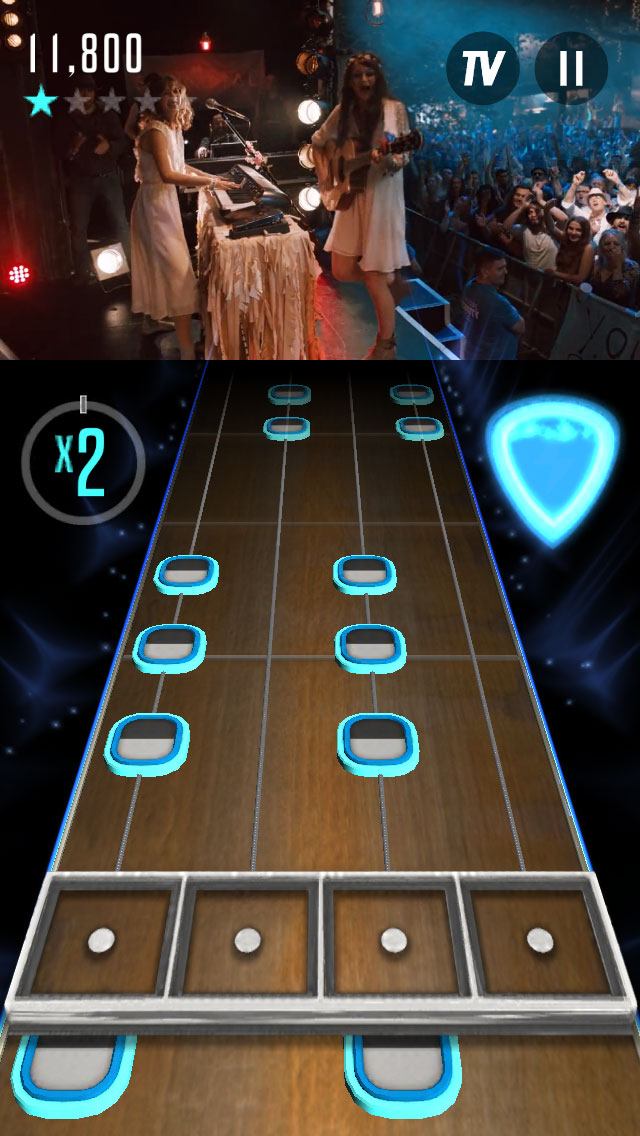 Playing without the guitar is actually quite fun on its own, and feels a lot like Tap Tap Revenge (an early iPhone game that owes a lot to Guitar Hero). Really though, it feels more like a “this is how I play Guitar Hero Live when I’m not at home” option than the proper way to experience the game. I can’t stress this enough — go buy the guitar.

A word of warning, though: There are a lot of great twists that help set Guitar Hero Live apart from its predecessors, but a big instrument isn’t one of them. If you had trouble maneuvering the plastic playpiece in past iterations, you may find it doubly difficult in Guitar Hero Live. The five colored buttons have been replaced by six smaller tabs, stacked in two rows of three. This is meant to create a more realistic experience, with your fingers moving back and forth across the neck of the guitar. And it nails this realism perfectly — insofar as I’d also be incapable of playing a real guitar without lots of practice. 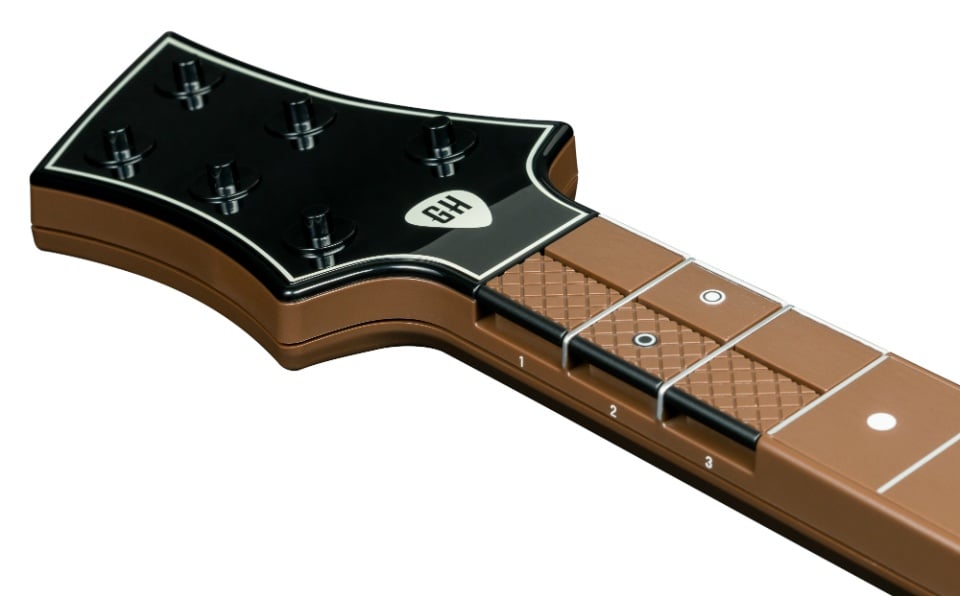 Players will need to dance their fingers around the six keys, playing black notes on the top set, white on the bottom, and pressing them together on occasion when the game demands it. In my case, this changed the challenge from the old Guitar Hero’s reasonable “slide up and down to hit the right color” to a more difficult “WHY AM I BAD AT EVERYTHING?!?!”‘

Then again, maybe I’m just terrible at Guitar Hero Live. At 35, my fingers aren’t quite as nimble as they used to be. I blame a career at the keyboard.

Having said that, the game offers multiple difficulty levels, including a “casual” that has players jamming on just the three white keys, and even a “basic” that only requires a user to strum. Because of my struggles to successfully dance the six-button mambo, I’ve largely stayed on casual — though I’m really trying to get better at “regular,” I swear! 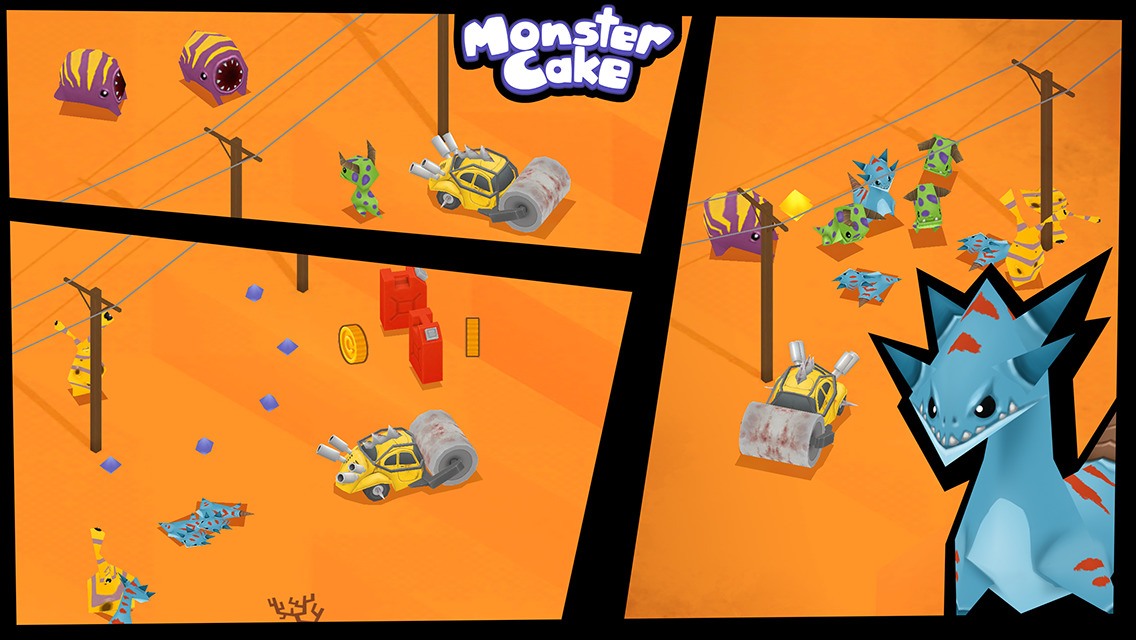 One of the other big changes to the formula helps give this new version its “Live” moniker: crowd reactions to let you know how well your performance is going. Guitar Hero Live utilizes full motion video (FMV) to make players feel like they’re right on the stage, and it’s pretty neat. Or at least it is in the iPad and console versions (not to mention Apple TV, when it rolls out). On the iPhone though, the crowd is situated at the top of the screen and the notes at the bottom. If you want to succeed, you’ll never take your eyes off the notes, so you’ll never see how the crowd is reacting.

The game really does player better on a big screen, and thankfully that’s something I can attest to using just my iPhone. While the game seems to be designed with Apple TV in mind, Activision has wisely designed it so that owners of an HDMI Adapter can plug their iOS device in and experience Guitar Hero Live on their TV.

Once I did that, I was in love.

As soon as I stopped struggling to follow the tiny notes on a tiny screen, I quickly lost myself in the Guitar Hero Live experience. I know this sound corny, but it actually felt like I was in the band. The other musicians all had personality, making eye contact in meaningful ways. I had bands that I liked playing with more than others (hello Portland Cloud Orchestra!), and I kind of liked the angle of being forced into a set list at a live show. It has a very “you’re here to do a job, so go do it” vibe — which is spot on if you’re looking to recreate the real musician experience. 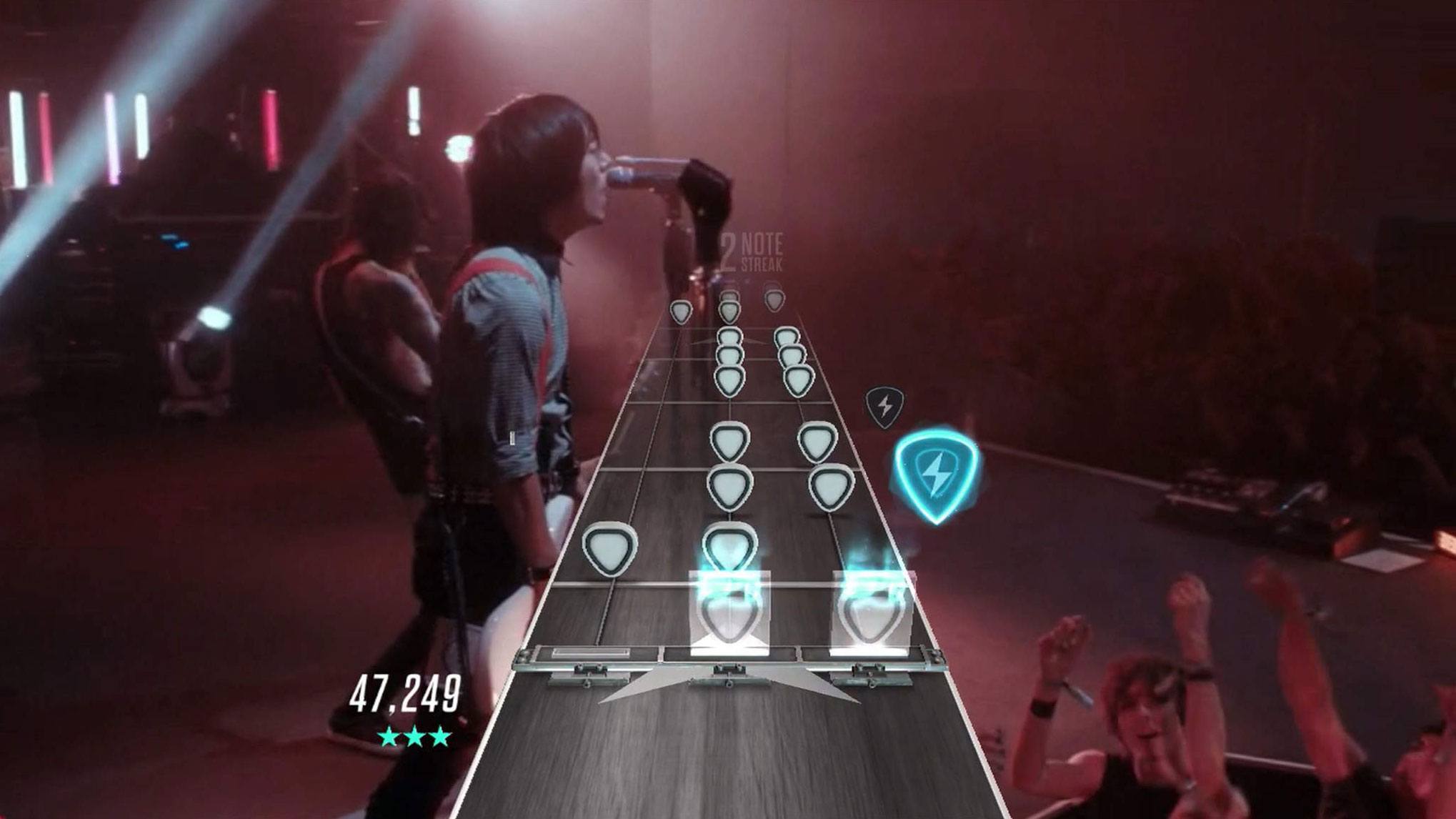 In addition to the career mode that puts you on stage, the other half of the “Live” equation is a really unique service called “GHTV.” This is Activision’s take on the heyday of MTV, running actual music videos that you can play along with. It’s handled like a real network, too, as the songs you’ll be playing are the same ones that are live in everybody else’s game at that moment. This limits your selection (unless you want to spend real money for a “day pass” to unlock that day’s videos), but it also forces you to discover and play songs you might have otherwise passed by.

Don’t worry, though — there’s a quickplay mode that lets you select single songs you’ve unlocked as a stage performer whenever you’d like, so the more traditional song selection route is there too. 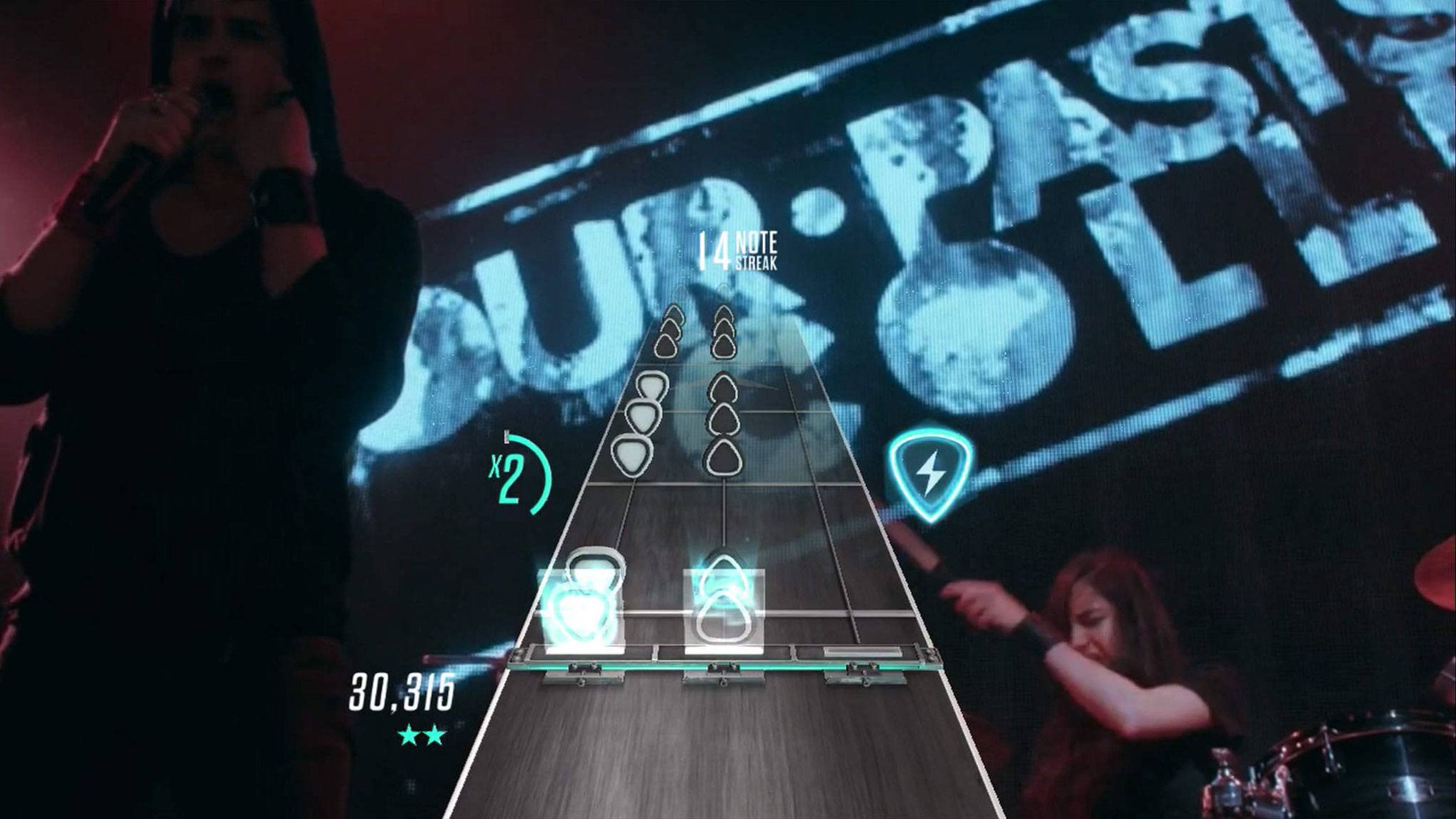 When they announced a new Guitar Hero earlier this year, my reaction was one of aloofness bordering on cynicism. “Really? We didn’t get enough of this 10 years ago? Are they just trying to cash in on the younger generation that missed this?” But as it turns out, Activision had more than enough tricks up their sleeve to warrant one more go round. Taking to the stage is an absolute blast, and there’s something to be said for the unique MTV-style approach of GHTV. The new guitar is tougher to use, but maybe a new challenge is exactly what old pros need.

And it’s impossible to not love Activision for continually trying to break down the barriers between consoles and smartphones. In creating a game that you can play on your TV with nothing more than an iPhone and a cord, those barriers have crumbled to the ground.