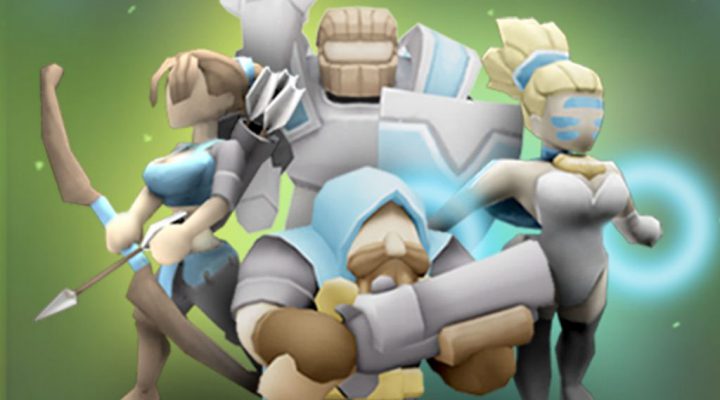 Much like how you can’t judge a book by its cover, I think Guards 3D is a prime example of not judging a game by its tutorial. It looks kind with its simple yet stylized visuals, but my goodness are the introductory moments a turn-off. Thankfully I had to force myself to keep playing for the sake of this review, because if I’d given up when I wanted to, I would’ve missed out on a surprisingly fun (dare I say, captivating) little strategy/tactics game. 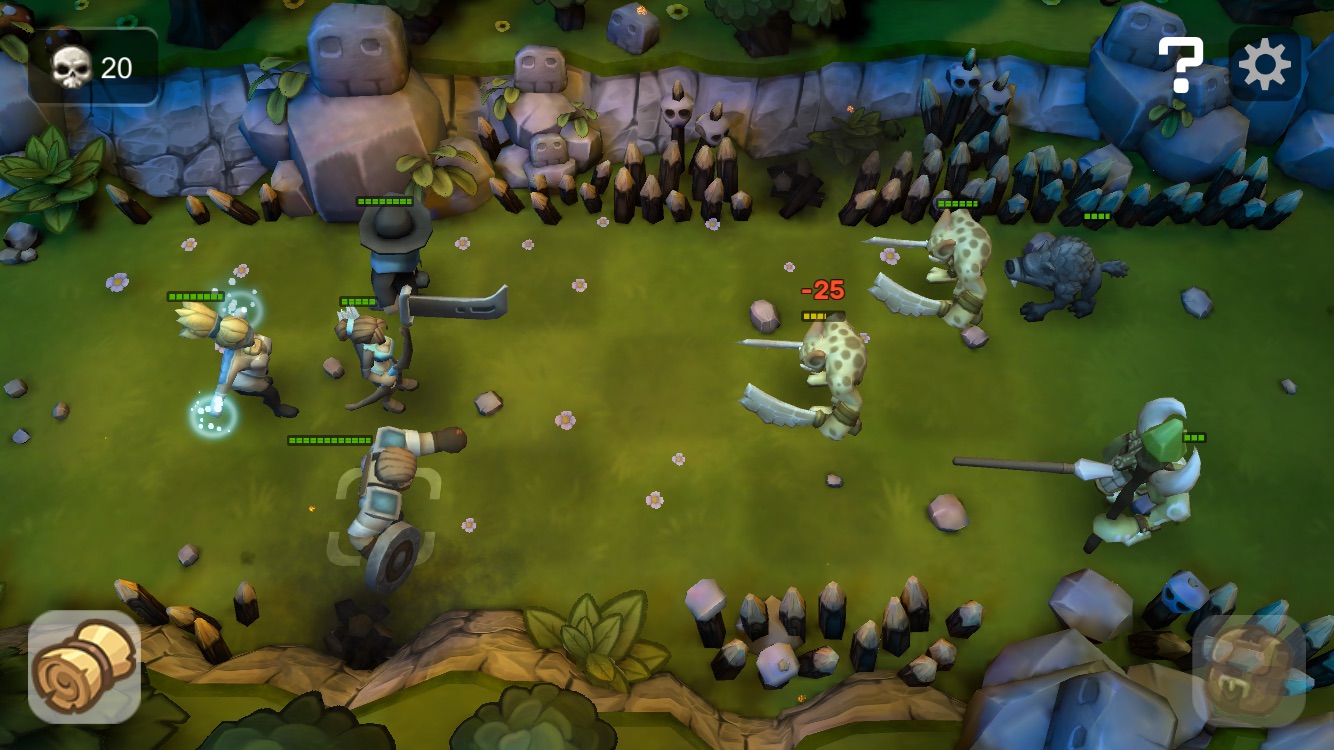 Guards 3D’s big thing is repositioning each of the hero units that makes up your team. Each of the three characters in the front row will attack automatically once per turn, so long as there’s an enemy in range, while whoever’s in back will heal a little bit every so often. The game only progresses when you have two characters switch places, so you constantly have to move people around. As an added wrinkle, every time you move a character from the back row to the front they’ll activate their unique special ability (healing, tossing a spear, firing a volley of arrows, etc), and so it goes until you eliminate a specified number of enemies to complete the level.

The core concept is incredibly simple, but very poorly explained from the onset. The basics of hero-shuffling are covered, but it doesn’t drive home the importance of knowing which hero to move up from the back when, or how some characters are better suited to deal with certain types of enemies. Really it’s just one of those “do this, now do this, and now do this, good luck!” tutorials that tend to bother me because they’re essentially the equivalent of a teacher doing the work for you. Sure the work is done, but you didn’t actually learn anything.

I am glad I stuck with it, though. Guards 3D is an enjoyable and simple (in a good way) tactics game. Later levels become a significant challenge, with more and more enemy types and enemies being thrown at you until you inevitably lose. That’s okay though, because losing is sort of the point. Each run earns you resources you can spend up strengthen your heroes or hire all new ones to mess around with. Then there are the missions/tasks you can complete in order to earn even more stuff, such as buying a specific item from the shop for the first time or upgrading a particular hero until they become a new class.

That sense of progression is one of the things that’s really kept me invested in Guards 3D. I want to see what those new classes look like and what they can do. I want to try out all of the heroes. I want to make it farther than I did last time. And I want to see how I can best use different types of characters to deal with different types of enemy groups, naturally. There’s a bit more nuance to the simple act of swapping two characters’ positions than you might think — to the point where I’ve been able to set up almost unstoppable combinations before getting completely stomped on the following level because it’s all fireballs and armored wolves and whatnot. 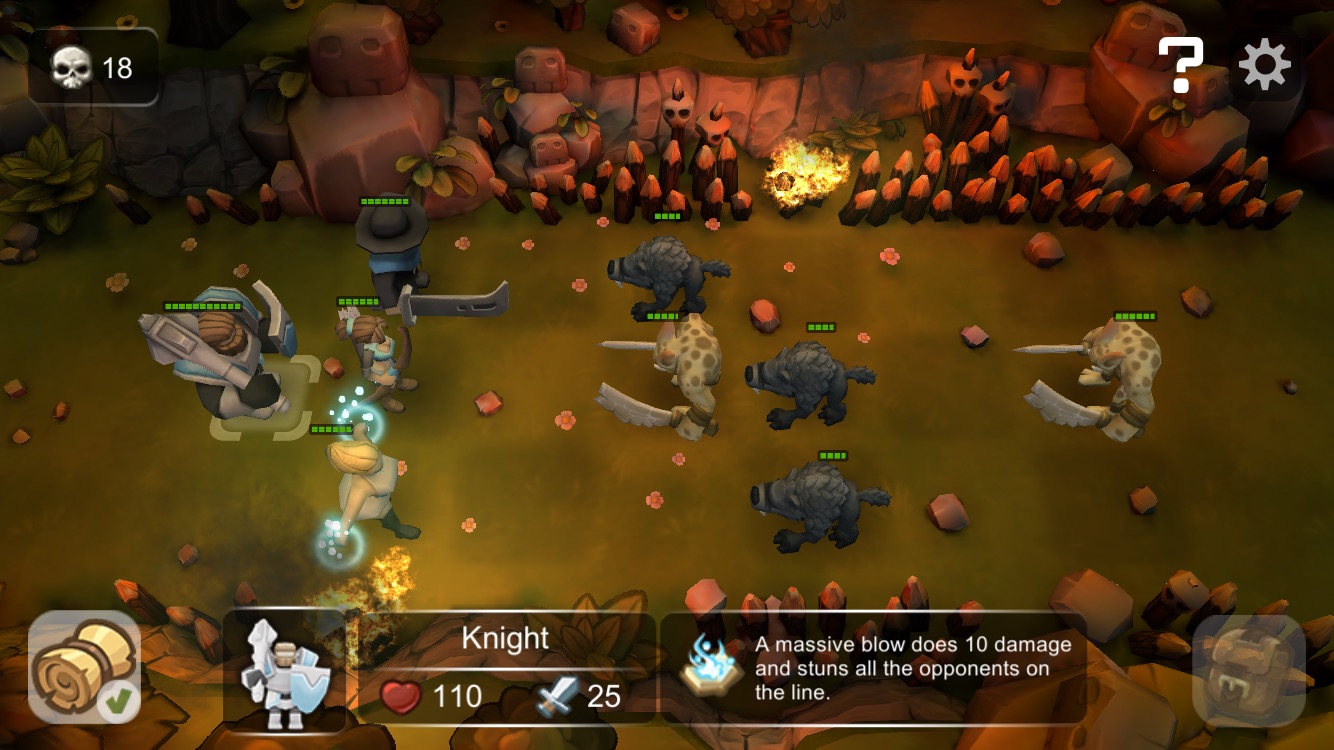 I want to stress (because I haven’t done that enough at this point, right?) that Guards 3D is well worth sticking it out for. Those initial gameplay moments might leave you feeling unimpressed, or even disinterested, but it’s so much more enjoyable than its tutorial would suggest. The simple act of swapping goes a long way towards crafting a captivating little tactics game – that plus the steady stream of satisfying upgrades.