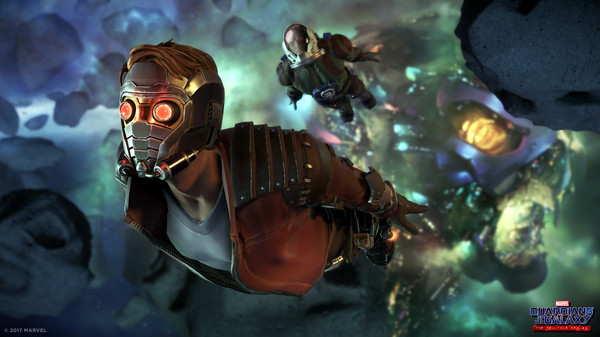 A great, well-realized story in the finest Telltale tradition.

Familiar enough for movie fans but goes beyond the MCU.

Could be a bit too much for older devices.

It’s hard to imagine there are many avid mobile gamers who haven’t tried out at least one of Telltale Games’ story-driven games based on popular IPs by now. The truth is that the company has latched onto a proven formula that works, and while Guardians of the Galaxy: The Telltale Series doesn’t stray too far from it in Episode 1, “Tangled Up in Blue,” that’s not a bad thing.

There’s no question that the release of this first episode is conveniently timed to capitalize on the upcoming Guardians of the Galaxy Vol. 2 movie, and while it isn’t set in the Marvel Cinematic Universe, the game takes full advantage of the general public’s familiarity with that version of Marvel’s group of spacefaring oddballs. The lineup is Star-Lord, Gamora, Drax, Rocket Raccoon and Groot, and some of their voice actors even sound a bit like their movie counterparts.

Without the constraints of any continuity, though, the Telltale team is able to concoct an intriguing tale that revolves around one of Marvel’s fiercest villains and an unusual artifact that at first appears to be a red herring until it’s clear that it’s much more than the Guardians first assumed. You play as Star-Lord, and at least in this opening chapter, it’s very much his story. As with all of the studio’s recent games, you’ve got numerous decisions to make while playing, each of which can impact the narrative — though some clearly more than others, as evidenced by which decisions are included in the game’s stats. 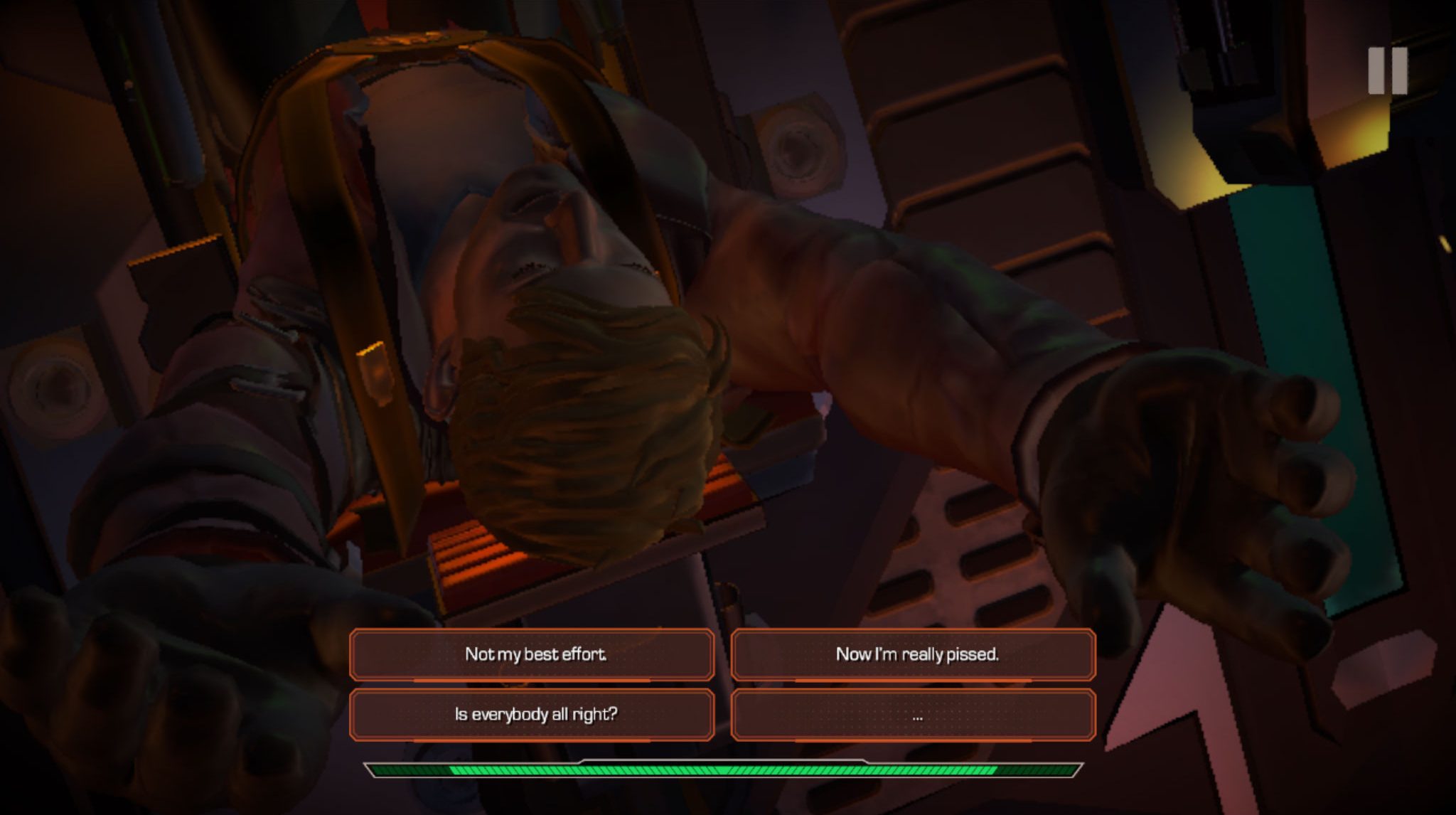 There are action scenes, of course, which play out as a series of quick time events. It’s a shame they weren’t bad, because I’ve been waiting to use the phrase “a series of unfortunate quick time events” for what seems like forever. But alas, there’s enough variety and urgency in them to feel satisfying. There are essentially no instructions, though, and some things you’ll simply have to figure out on your own. Spoiler: characters with guns can shoot faster if you tap faster. Since the Guardians are such a great group of heroes with distinct personalities, it’s fun when you get to play as someone other than Peter Quill, even though those moments are brief.

It’s a pretty safe bet that anyone who really loves these characters is going to at least like “Tangled Up in Blue” even if they don’t love the gameplay, simply because of the care that Telltale has put into all parts of the design. The art style is superb (though perhaps a little much for older mobile devices — see screenshot below), and the music — now such an important part of the Guardians of the Galaxy franchise — doesn’t disappoint. Suffice it to say that you’ll have ELO running through your head for a while after each session. 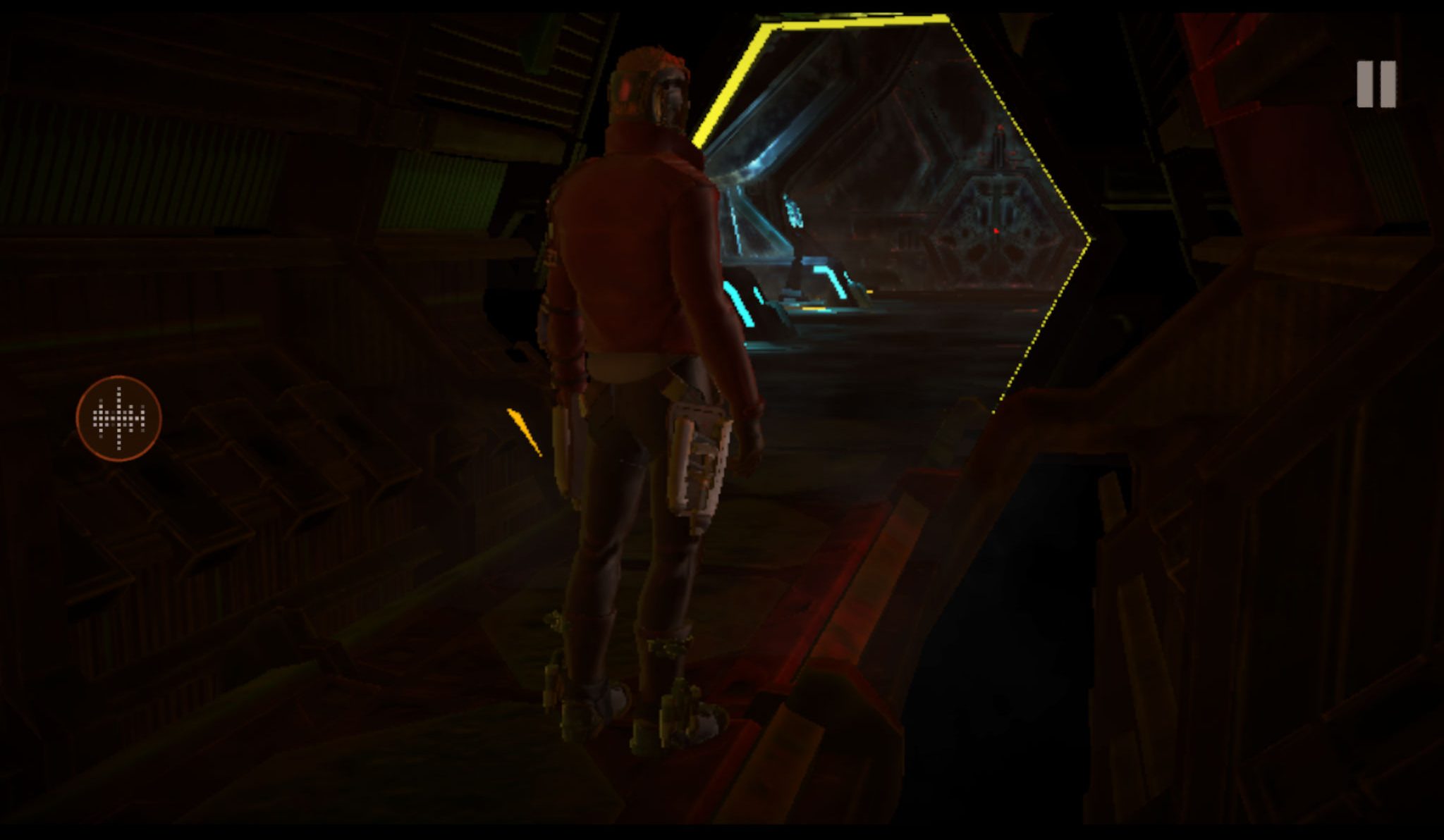 If there’s any big drawback, it’s that the first episode feels like what it is: an introduction to a much larger saga. Not only does it end on a cliffhanger, but it’s quite short. I was able to breeze through it in about two hours, and I was taking notes and screenshots along the way. This isn’t a new consideration for Telltale Games titles by any means, but the value proposition is … let’s call it “interesting” for a mobile game.

Of course, Guardians of the Galaxy: The Telltale Series is also out for PC and consoles, where gamers might look at that same proposition differently. If this first episode sucks you in, chances are you’re in for the long haul, because you’re going to want to see where the story ends up and what it takes to get there.