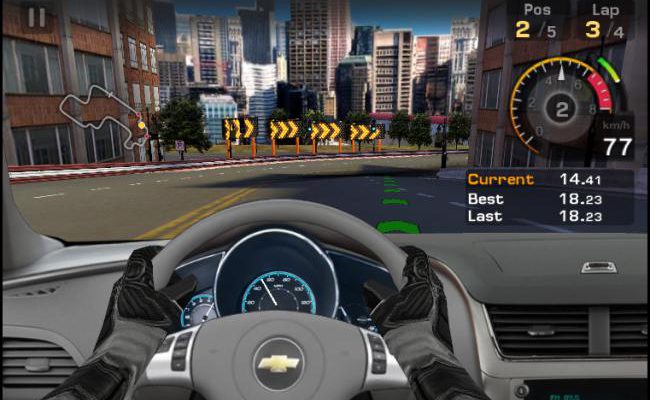 Fast paced racing can be a real grind

Racing games can be a great deal of fun namely because their recipe is often simple: quality controls, fast-pacing, fun tracks, and maybe a unique gimmick or two. Gameloft’s Google+ titleGT Racing Motor Academy fails on all of these fronts. Giving players virtually nothing to sate their racing appetite and taking the free-to-play model a bit too far, the grinding nature of the game wears thin quickly. Coupled with awful controls, horrendous sound design, minimal style, and zero real challenge, it feels like a slapped together title made only for a quick buck.

GT Racing Motor Academy starts out with a great first impression. Before any racing can be done, you have to earn a C level license in order to participate in any real game play. As such, you are tasked with a series of challenges such as breaking, turning, and so on. Here’s the real kicker: these actually had to be skipped using starting virtual currency as the very first one was failed about two-dozen times. The game asks you to accelerate to top speed, then come to a complete stop on a small blue zone. Guess what? There’s apparently not enough track on this single straight away to do so, and if there is, the game never tells you what is being done wrong nor even explains controls in the first place. 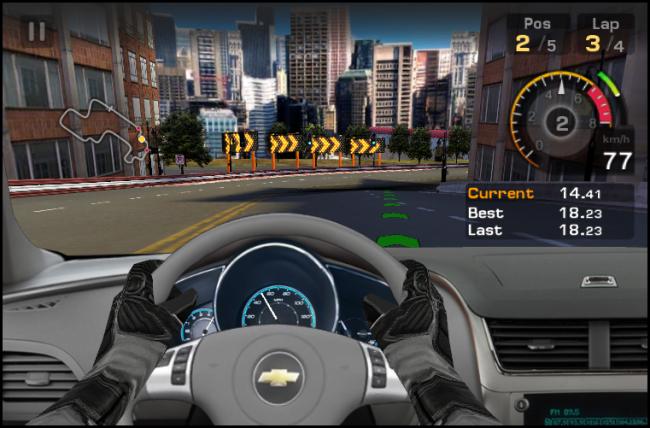 Once a licensee is earned, you can finally participate in the rest of the actual game. But there are limitations on things based on level, cars owned, and what type of license you own. Such is understandable, as it creates echelons for you to reach for by racing and winning. As expected, each race played earns currency and experience that work towards this, but herein lies the next major problem: the racing is boring.

Here is Motor Academy‘s race mechanics in a nutshell: use the WASD keys to steer. Yup, that’s about the gist of it (you can’t even drift). There is shifting gears up and down too, but such is set to automatic by default and even with it, the play doesn’t change a whole lot. Part of the reason is that each level is mostly made up of basic curves with little to no showmanship. While what is present does look nice (especially the cars), there is nothing that stands out as unique or interesting on either a visual or gameplay front. Challenge is completely lost too due to fairly wide roads and the ability to even add automatic braking assists for making turns.

Races are obnoxiously long too. Each race takes around five minutes or more and most of the time the other four cars you race against aren’t even seen. It might as well be a leisurely cruise through a desolate town. What makes it even worse is the sound design. For five painful minutes it sounds like the car’s engine is going to explode with this sputtering, stuttering sound effect that has zero of that gratifying engine roar you would expect from a race worthy vehicle. 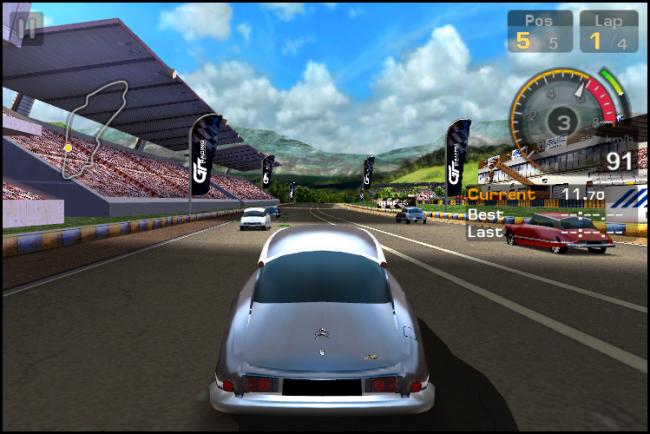 Since Motor Academy is freemium, this means that the cars that supposedly have that gratifying engine purr take exorbitant amounts of time to earn without spending real money, with many only being purchasable with the premium currency. That’s all fine and dandy, but the fact that the game is just no fun without better cars makes the grind one that most players will just opt out of. To make things even more cumbersome, many of the upper level races and challenges become nearly impossible without these premium vehicles, forcing even more grind in order to accomplish them.

About the only saving grace that Motor Academy really has is vehicle variety and moderate customization. Once you earn enough money (and the appropriate level) there is a plethora of car styles to choose from such as Aston Martin, BMW, Jaguar, and more for a total of 30 brands. On top of this, you can even customize the look and handling of your vehicles as well as upgrade them with new parts.

GT Racing Motor Academy may look good at first glance, but its design feels nothing more than a rushed attempt to turn a profit. An amalgamation of slapped together parts, it offers nothing exiting and is abhorrently repetitive with bland race tracks, obnoxious challenges, and awful sound. Motor Academy is just not any fun to play and is simply inexcusable considering the amount of resources a developer like Gameloft has.