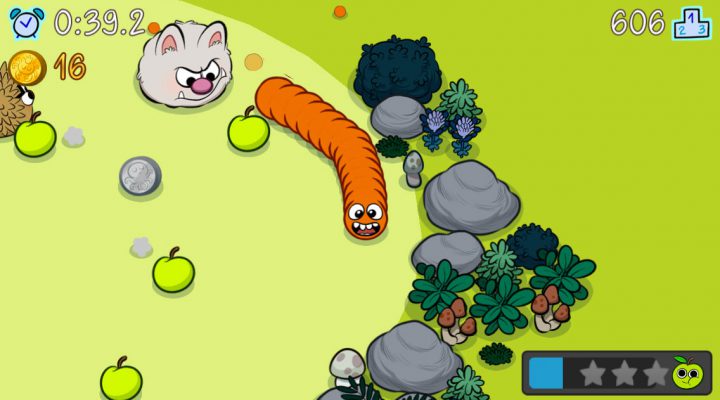 Energy system forces you to wait a long time between play sessions.

More control options would be nice.

The invertebrate that stars in Pixowl’s Grub is a bit of an odd bug. For one thing, he’s not a slimy, wriggling larvae like his real-world counterparts. In fact, he’s as cute as a button. Even the sight of Grub’s app icon, which features an image of the little guy lunging at an apple, is enough to make your heart smile.

For another thing, when Grub eats, he immediately grows. He can reach a titanic size after a few good meals. This is something that does not happen to grubs in nature, which is good because otherwise the collective human race would have run screaming into the sea by now.

Grub is an updated version of 2011’s Doodle Grub, which itself was an update on Nokia’s classic Snake game (you know, the sole cellphone game we had to entertain us on the toilet in the late ’90s and early Aughts. Dark times). There’s a bit more to Grub than chasing down food while avoiding snacking on your own growing tail, however. In fact, Grub can’t bite his own tail, but the enemies chasing him certainly can.

Each level of Grub presents a different challenge. Grub must eat a certain amount of food, or collect coins and other loot, or slay as many hedgehogs and mice as possible with his spike power-up (back off, Sonic). You control Grub’s orange bod by tilting your device wherever he needs to go. As Grub eats the food scattered around each stage, his tail grows. This makes it easier to slay enemies when you manage to cloak Grub in spikes – but in turn, it makes it easier for enemies to target Grub when he’s naked. 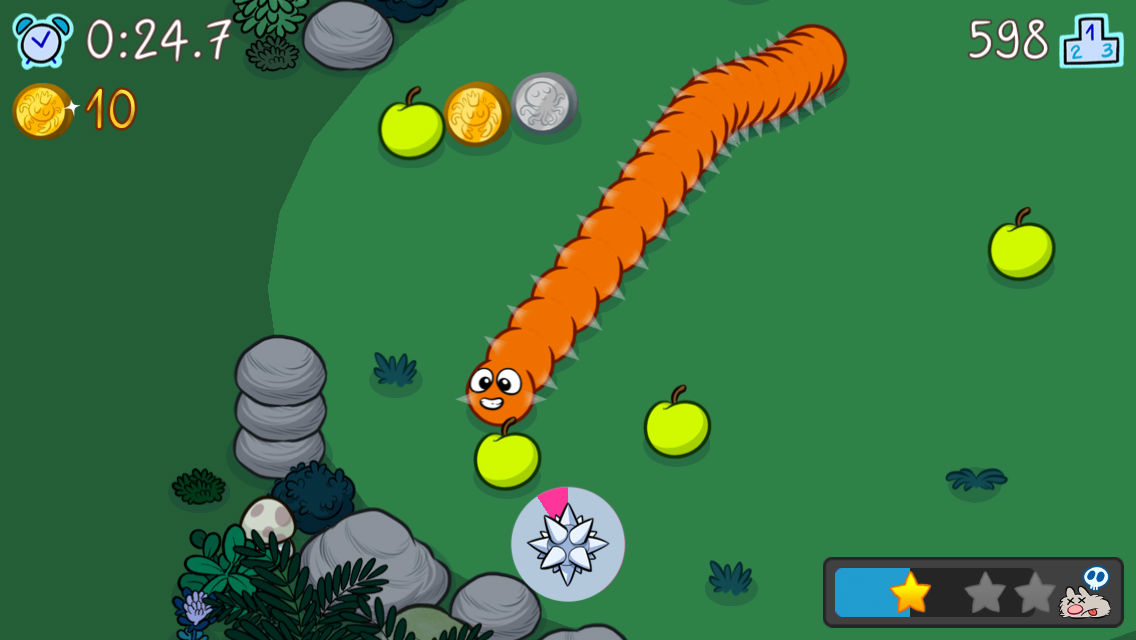 When Grub’s tail is bitten off, he can still carry on with the task at hand. If he runs head-first into a baddie, however, he turns into a ghost for a few seconds. He can’t pick up food or items when he’s intangible, which can be problematic since every stage has a time limit.

Grub looks wonderful, and its titular star is freakin’ adorable. Unfortunately, the fun dies faster than a worm inside a hedgehog’s gut when you spend all five of your allotted turns and are forced to wait for refills. Yes, Grub runs on an energy system. Each level costs a single heart, which refills after a waiting period. 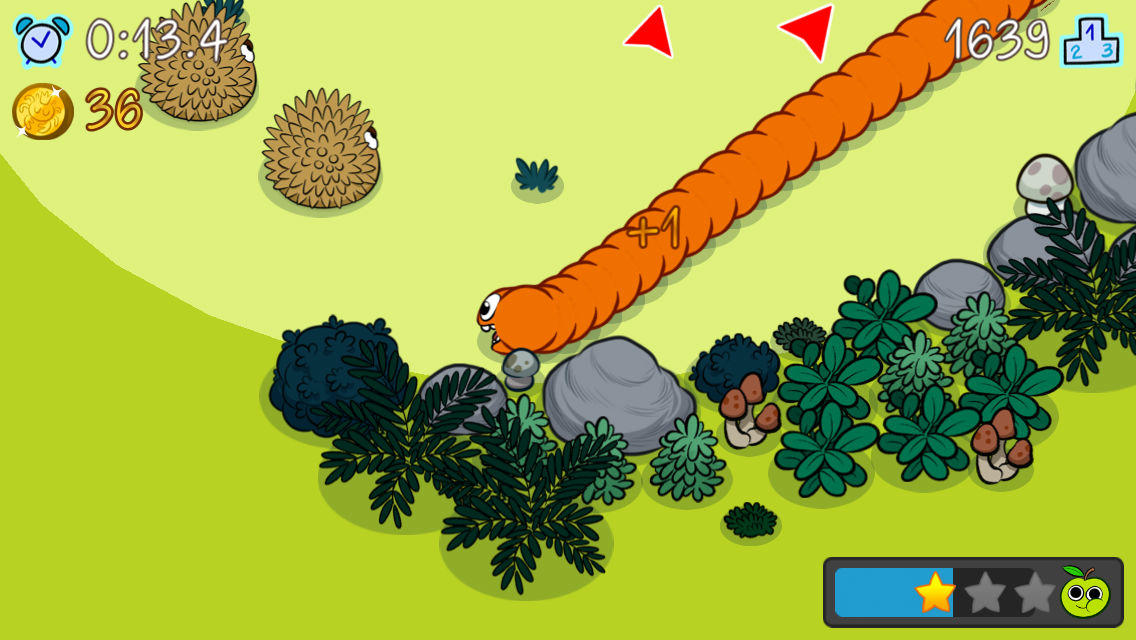 To Pixowl’s credit, you can refill your hearts using coins, the game’s soft currency. Coins are everywhere in each stage, but refilling one heart is very costly – and the price goes up each time.

What’s more, Grub’s tilt-based controls are responsive, but not quite as accurate as its hazards demand. They’re functional, but a virtual joystick option would be appreciated.

Grub is a cute game, and it’s enjoyable for as long as it lasts. There’s the rub: Once your energy runs out within five minutes or so, you need to wait around for a refill or pay a large sum of coins for one more go. And who wants to sit and twiddle their thumbs when they could be stuffing their face with apples?

Supernauts Review: Worth the Wait