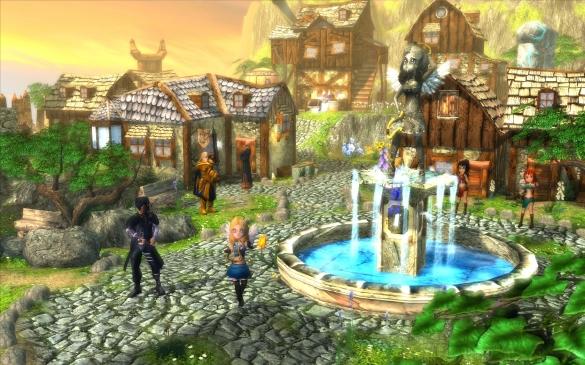 Grotesque Tactics laughs in the faces of classic RPGs, all the while providing enjoyable gameplay and story elements.

Earlier this year, the lovely hack ‘n’ slash title Deathspank showed us how RPG parody can work to great effect. Hence we were intrigued to give Grotesque Tactics: Evil Heroes a playthrough – another RPG based on parody, but this time in a turn-based environment.

Once again we were pleasantly surprised. Grotesque Tactics is really good fun, with plenty of past RPG references thrown in and, in some cases, defiled. There is plenty of humor packed in between the clever and engaging gameplay, with only some visual and interface issues bringing the atmosphere down slightly.

Players take control of Drake, an emo-looking student who is trying to earn a place at the military academy. After being defeated by a mushroom in his very first test and slumping out as a failure, he is greeted by a Holy Avatar and told that only he can protect the world from the evil Dark Church.

A quest of utter silliness begins, with dialogue that takes a stab at classic RPG storylines and characters. Enemies come in ridiculous shapes and sizes, and sport mick-taking names such as Sir Death. There are also plenty of light sexual references, with your party eventually made up of women wearing not many clothes.

The jokes never go too OTT, and there are some genuinely funny lines. Not all the dialogue is so tight – however, the team behind the game are German, and a lot of the time when an indie game by a European outfit is translated into English, it can make for a very difficult read. When you take this into consideration, the story is in fact very good indeed. 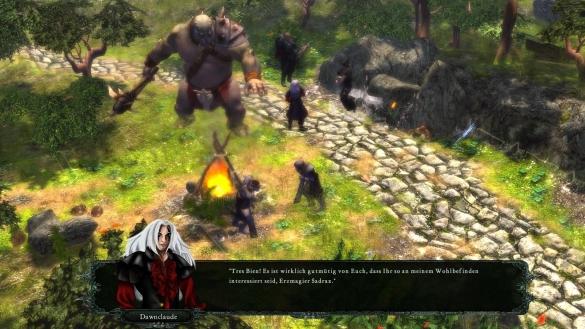 Gameplay is set out in a turn-based grid movement style. The order in which each character will take their move is handily displayed down the right-hand side of the screen, and the idea is to click on the grid square you’d like your current character to move to, attack the enemies and clear each area before moving on.

There are of course plenty of extra elements to play around with, as is the case with most RPGs. Potions and special items can be used to aid the fight, and a special obsession bar allows characters to become more powerful for a few goes – although they then experience a low afterwards. The balancing between your group and the enemy is always spot-on, and watching each battle unfold is lovely stuff.

While the dialogue is – for the most part – an enjoyable read, we do wish it would skip a bit more quickly. After each line of dialogue is displayed, there is a pause of a couple of seconds during which clicking does nothing. It may not sound like much, but when you can read the lines far more quickly than they are being displayed, it can make conversations feel incredibly slow-moving.

It should also be noted that Grotesque Tactics isn’t exactly a looker. Many of the environments are a little on the dull side, and character animations could do with some work. It would have also been nice if the dialogue had been read aloud – this would have added so much more personality to Grotesque’s world.

Grotesque Tactics: Evil Heroes is an entertaining RPG adventure, offering both humorous parody and solid gameplay in equal measure. At roughly twelve hours in length, there is plenty of quest-running on offer, and RPG fanatics will adore the game references.