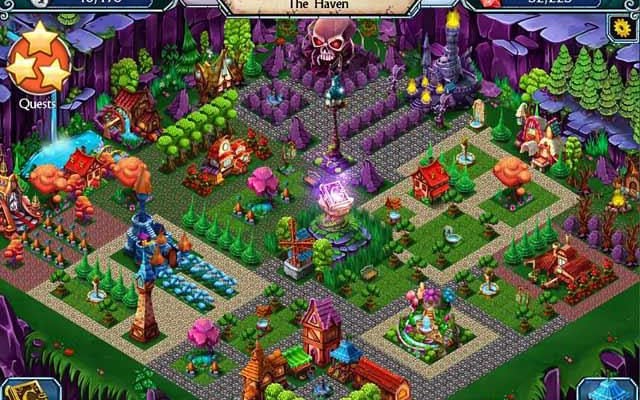 The world of light and bright fairy tales has been turned dark and sinister as characters like Jack (from Jack and the Beanstalk) have been trapped inside books in Grimm Reaper: Hidden Tales. Once you’ve downloaded this free-to-play world onto your computer, though, all of the charm behind the game’s setup is quickly shoved aside in favor of all-too-frequent pay walls and repetitive gameplay. 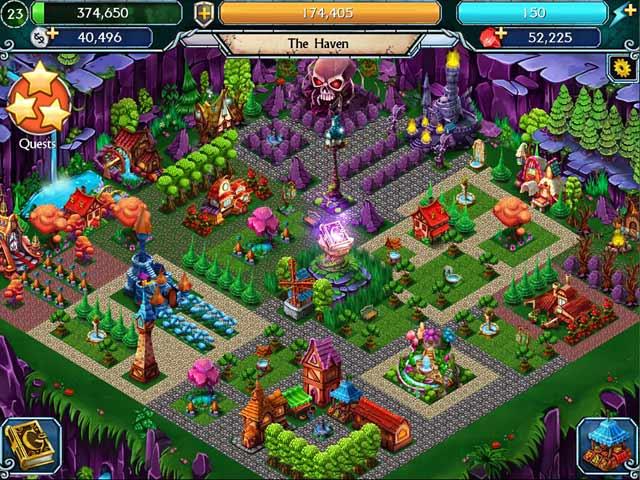 Grimm Reaper: Hidden Tales challenges players with completing hidden object scenes and creating a haven for fairytale characters in the middle of a haunted forest. The grim reaper himself has covered the land in darkness, so it’s up to you to complete enough hidden object scenes to earn coins and uncover the land. The more land you uncover, the more buildings like markets and homes you can construct, and the more “Safety Points” the land will offer. Safety Points unlock new hidden object scenes, which in turn help you complete quests. It’s a standard setup that we’ve seen time and again in Facebook hidden object games like Hidden Chronicles or Blackwood & Bell Mysteries. However, where those games had Facebook (and social play) to back them up, this one doesn’t. It’s a boring and frustrating experience as a result.

The best thing about Grimm Reaper: Hidden Tales is the large variety of different ways in which to complete each scene. Standard text-based lists are available, as well as silhouette scenes and those that play audio clips and ask you to find an item based on that cue. Riddle scenes will describe an item and challenge you to determine what the item is before actually searching for it in the scene, and “spot the difference” scenes round out the package. While this variety is great, the audio scenes are extremely flawed, with sound effects that could resemble any number of things. Sure, a pig’s “oink” or a cat’s “meow” are easy to distinguish, but they’re accompanied by generic thumping and cracking sounds that are almost impossible to identify. 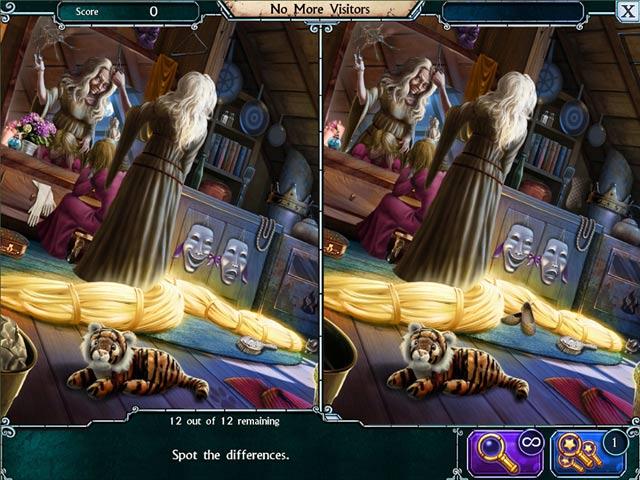 The game’s hint meter recharges automatically in each stage, but you can spend your Rupies (the game’s premium currency) to refill it instantly. Other hints are only premium, and allow you to spot all of the key items in a scene at once. Back out in the city-building portion of the game, you’re left to complete quests by purchasing very specific buildings on your land. Many of these objects can’t be moved once they’ve been placed, and they’re overly expensive when compared to how many coins you earn per scene (even if you complete a scene with a full combo, and never take more than a few seconds to find each item in a chain). Adding insult to injury, items have building timers that force you to wait while they’re constructed or to use Rupies to speed up the process.

It takes about 20 minutes to hit the first real wall in Grimm Reaper: Hidden Tales, as the tutorial and first few quests spend all of your money and force you to wait for 10-minute buildings to complete. While you’re waiting for those to build, you can play just the few hidden object scenes that you have available from the game’s beginning, until your energy runs out and you’re truly left with nothing to do. Since there are so many kinds of available hidden object scenes, one would think that this would actually be a fine way to spend your time waiting. However, you must pay Rupies to manually choose the variety of scene that you’ll play. Otherwise, you’re left with a random kind of scene based on a wheel that’s spun before the beginning of each stage. While the game does give you free Rupies upon leveling up, these can be spent all too quickly in trying to avoid specific scene types that you don’t like, or in purchasing items to fulfill quests. 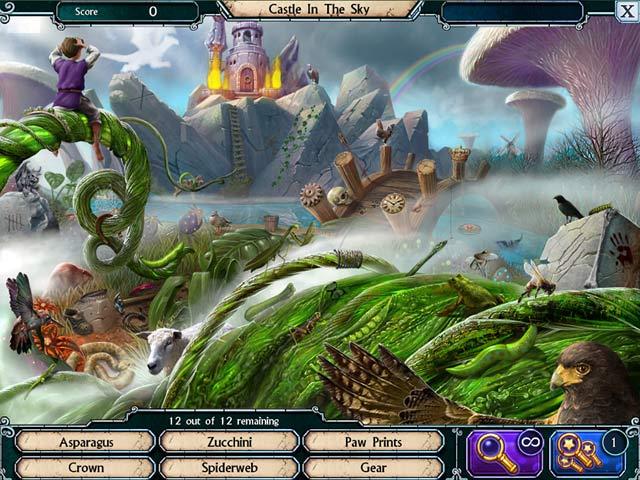 Grimm Reaper: Hidden Tales offers one nice feature in the ability to zoom in on scenes to find items, but the graphics become incredibly blurry as a result. Clicking and dragging to navigate in these zoomed-in scenes also seems to count against your “incorrect click” totals, so the grim reaper will pop up at random and scold you for making one too many miss-clicks.

If Grimm Reaper: Hidden Tales were available on Facebook, the game would be much more recommendable, as it would (in theory) contain social play and more ways to enjoy the game without so much waiting or without feeling so pressured into spending real money. Here though, this is a pushy, flawed free-to-play experiment that isn’t even worth downloading for free.