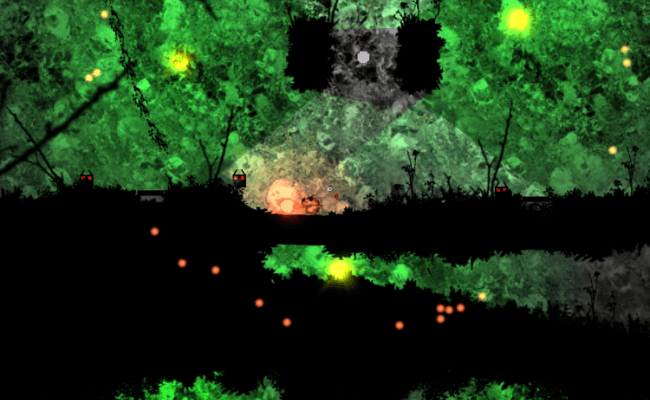 If you don’t (Gri)mind troubled controls and occasionally tedious puzzles, there’s plenty to like here.

Like most horror games, Grimind isn’t exactly rooting for you. It pits you against vicious monsters, compromises your escape attempts with tricky puzzles, and tries to creep you out with eerie sounds and minimal lighting. In theory, all these elements should work in tandem to make for an excellent experience. But in practice, they’re all tarnished by the game’s myriad flaws.

Grimind is a 2D puzzle-platformer and, as is common of the genre, you do little more than run, jump, carry items, and occasionally climb. These are the handful of tools you’re given, and unfortunately they don’t always work how you want them to. I found myself constantly snagging on walls while trying to jump, which made navigating some of the more confined areas a true test of patience. I tried to accommodate the issue by changing the way I played, but I never managed to resolve it completely. It’s a shame, because this fundamental problem made some of Grimind‘s better moments harder to appreciate.

And since we’re talking problems that could potentially be fixed via patch, the text is home to quite a few grammar problems. This is largely permissible, as English clearly isn’t the first language of Grimind‘s creator. All the same, the errors constantly removed me from the experience, and occasionally made it difficult to understand what the game was trying to tell me. I’ve seen plenty of games with similar issues that were fixed post-launch, so there’s still hope.

Where there’s less hope, though, is with some of the game’s puzzles. A few of them—particularly early in the game—force you to perform tedious tasks like moving several items from one location to another. Because of their repetitive nature and obvious solutions, I felt no sense of reward after completing them.

But such occasions were uncommon, and plenty of Grimind‘s puzzles left me scratching my head with glee (I love puzzles, shut up). Some of them were damaged by the game’s fundamental control problems, but others were a delight to work through. And seeing as how trying out incorrect solutions or just plain screwing up mid-puzzle can result in death, the game’s forgiving checkpoint system was a welcome addition. 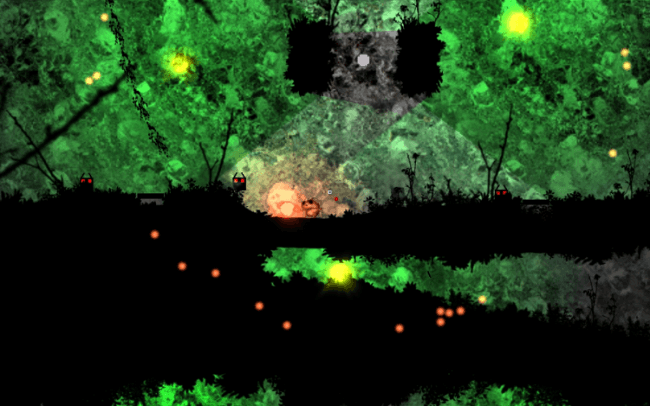 Grimind also deserves credit for its dedication to atmosphere. Rare are the moments when you’re not treated to dim lighting, strange sound effects, or worst of all: hungry monsters. It’s worth noting, however, that the game isn’t scary—or at least I didn’t consider it to be. But these sorts of things are objective, as I learned when my friends teased me for being scared of The Blair Witch Project. It’s wholly possible you’ll be on the edge of your seat the entire time you play, but even if you aren’t, it’s hard not to appreciate the game’s style.

If you’re starved for a horror game and willing to look past Grimind‘s control flaws and occasionally tedious puzzle design, there’s a good chance you’ll have fun. If you’re a little more uptight about such things, I’d recommend either waiting for a patch or passing on it altogether. If none of these options sound appealing to you (so picky!), you could always download the demo here and see if it does anything for you.