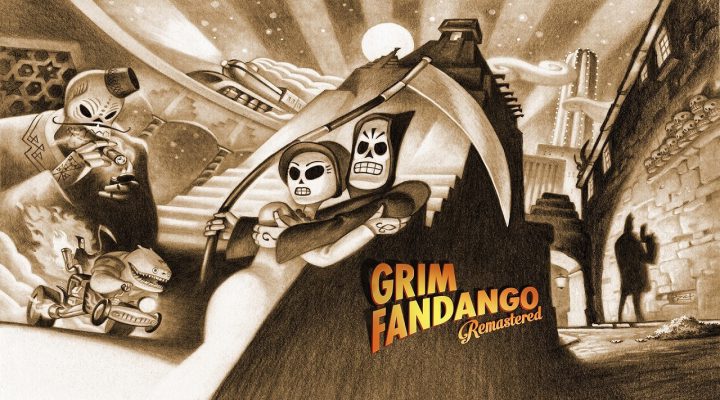 Faithful recreation of the classic original on touchscreen platforms.

Movement can be a little haphazard.

Thanks to Steven Toast, all I can think of when I play this games is, “Yes, I can hear you Clem Fandango.” Toast has ruined Grim Fandango for me, even though the original game predates Matt Berry’s running joke by some 15 years.

This, of course, is the remastered version (you can tell by the title) which came into being after original project leader Tim Shafer reacquired the license for his Double Fine team. The iOS and Android ports are the last platforms to receive this updated edition, though certainly not the least. 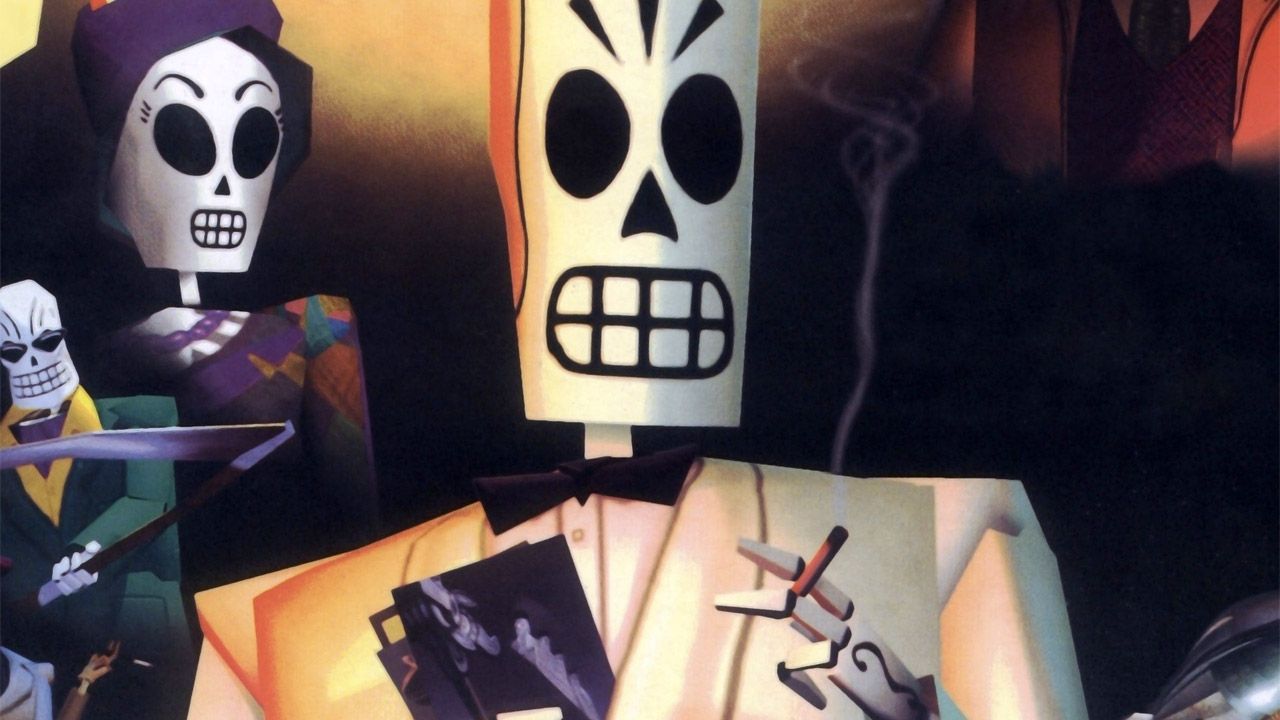 It’s not the most difficult job for a seasoned developer to bring an older console or PC game back to life on the touchscreen, these days. I don’t mean to play down their hard work and efforts, so much as highlight that the mediums they’re transferring such games to are no longer underpowered and short on storage space. So an adaptation of a game like Grim Fandango must essentially boast more than the original if it’s to capture lightning in a bottle for a second time.

In the case of Grim Fandango Remastered, it does this through significantly updated polygons, textures and lighting models. But it’s also received a boost to its soundtrack, and if one thing makes this return of the comedic reaper more enjoyable, it’s the music. It adds a subtle veneer of amusement to the already hilarious antics, by insinuating gravity where only nonsense exists. It’s a small change, but a valuable one. 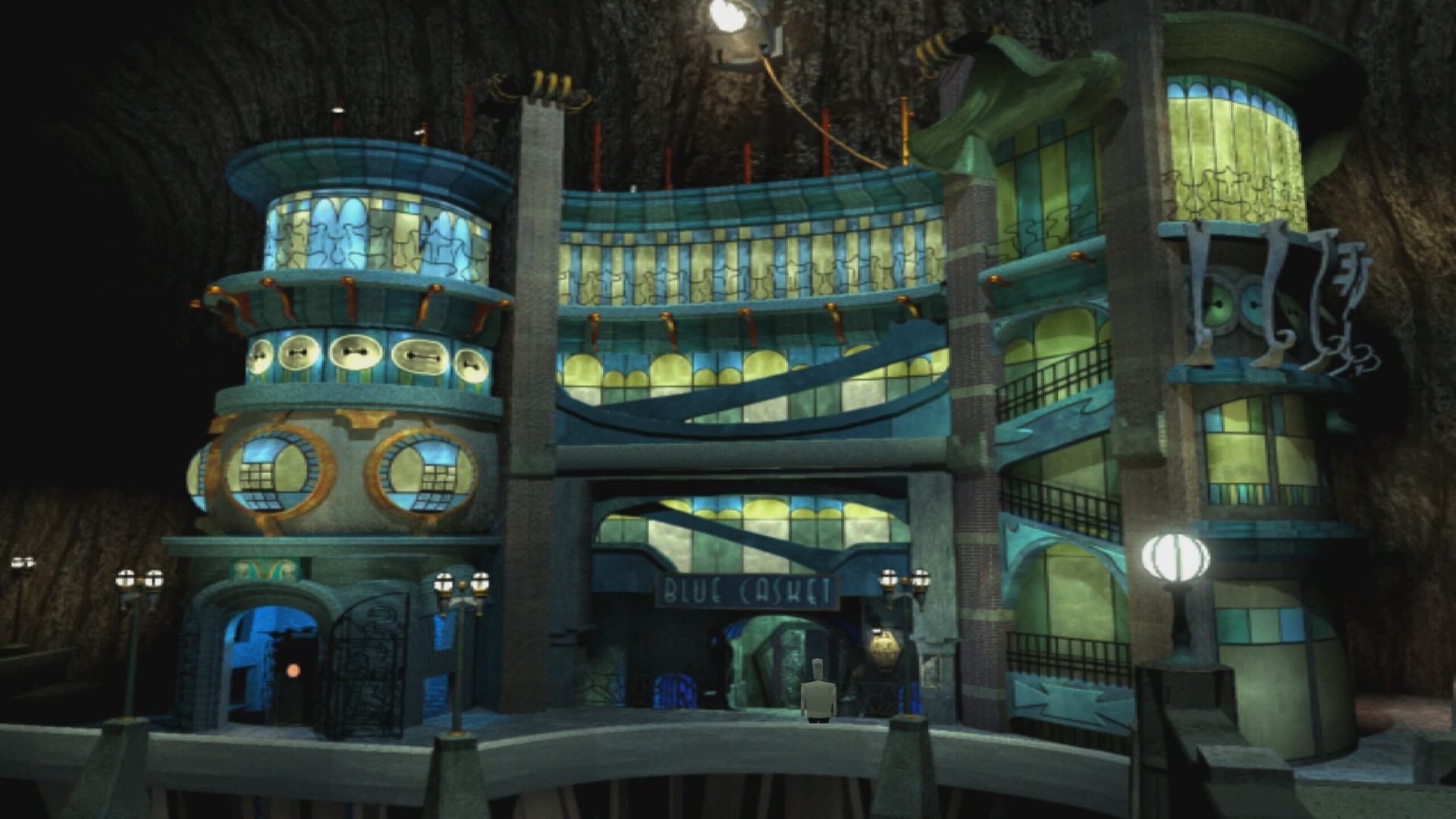 Switching a point-and-click into a touchscreen game is always a great move, and the events of Grim Fandango flow more freely and organically ever before as you tap and jab at the various interactive elements populating his strange world. Contextual menus float around these items, offering to let you look at them or pick them up or use them or whatever else you might want to do.

The story, revolving around the misadventures of grim reaper Manny Calavera, is more of a pretext for the dark-ish humor that provides the hook upon which the entire game hangs. This means you don’t have to pay excessive attention to the plot to still wring every bit of enjoyment from Grim Fandango Remastered, but it still puts you in the main character’s shoes with surprising ease. Surrealists in particular will enjoy his crazy romp across the Land of the Dead, though it’s sense of humor won’t be to everyone’s tastes. 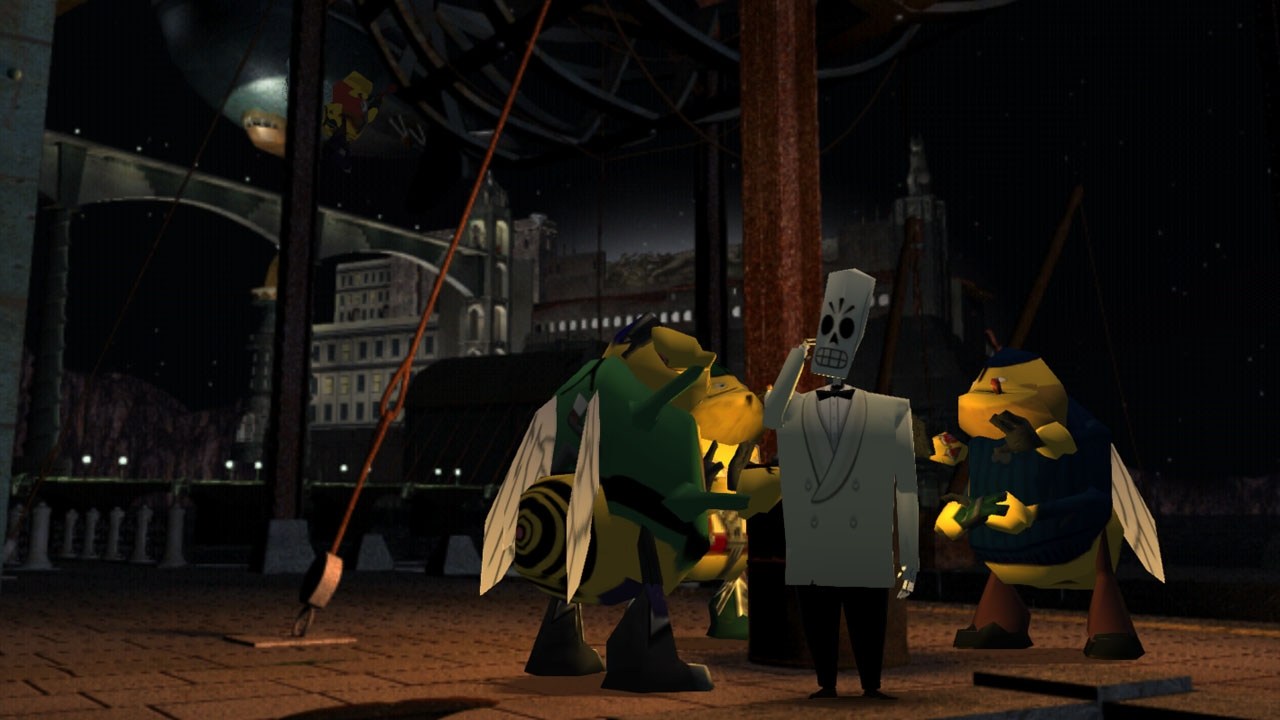 Double Fine could have worked a little harder on the control system, which is a tad hit and miss on the smaller screens as you attempt to guide Manny around the busy world he occupies, but it’s by no means a deal breaker.

A question you might want to ask yourself is which platform to get Grim Fandango Remastered for, since Double Fine has pumped it out onto most. It’s a comparable experience on all, so you really only need to shell out once for this game’s majestic return, and certainly the iOS and Android version is the equal of the larger system. If you’ve not picked it up yet and nostalgia is tugging at your thumbs, by all means go mobile. It’s got every feature its bigger brothers boast, and we’re inclined to argue here at Gamezebo, mobile is always best.