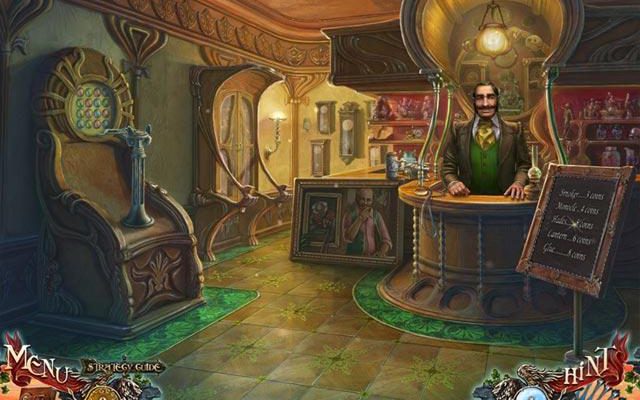 Indulge in a daytime drama disguised as an adventure game.

Uh oh, a murder! And an explosion soon afterwards! Add to that a cheating husband, a jealous wife, and a scheming mistress and you’ve got the makings of a good old fashioned crime investigation. Grim Facade: Cost of Jealousy follows the same basic layout and style as the previous Grim Facade games, only now it sets its sights on the green-eyed monster that is jealousy.

Grim Facade: Cost of Jealousy is very much a whodunit sort of adventure game. Instead of placing a bunch of contrived haunted things or ancient whatsits around the place, Grim Facade utilizes something much more believable: human jealousy. 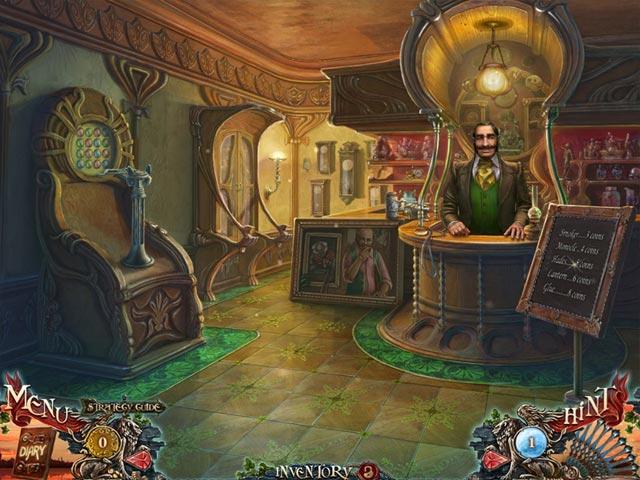 Well… maybe it isn’t entirely free from supernatural elements. The main character is a detective who just so happens to have a bit of the psychic streak in his blood. But really, this ability is almost incidental and is usually only deployed when a piece of the narrative needs to be unraveled. With a tangled web of characters angry at other characters, secret alliances, oaths of revenge, and hidden agendas, it’s like a playable version of an Italian soap opera mixed with a classic detective novel.

Grim Facade: Cost of Jealousy is largely an adventure game, as hidden object scenes are few and very far between. Mini-games play a large role in the experience, serving as the bulk of the puzzles apart from simple inventory pieces that need to be picked up and placed. You’re also given a journal by your assistant Aiden, a handy tool that keeps track of suspects in the ever-growing web of who cheated on who with whom and why.

When you do come across a hidden object scene, it won’t keep you around for very long. Lists are short and barely a dozen items in length. A few will be listed in red, noting that you’ll need to interact with a piece of the environment in order to uncover them. This is usually something as simple as opening a cabinet or shifting an article of clothing to the side, depending on the location. Once complete, you’ll pick up a key item and head back into the drama. 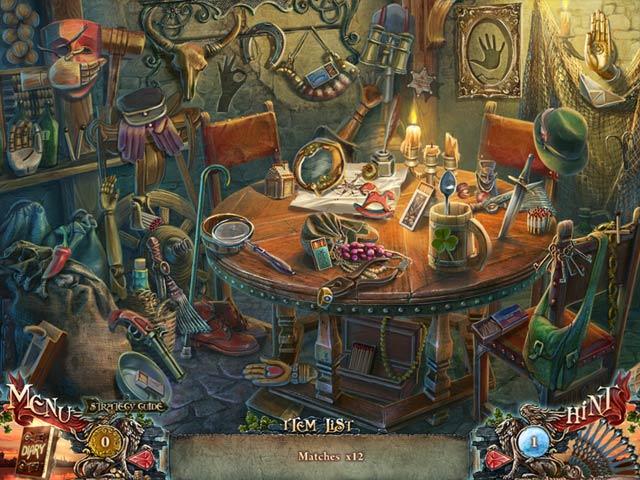 Even though it goes down the cheesy soap opera route, Grim Facade: Cost of Jealousy doesn’t have any delusions about what kind of game it is. It fully embraces the concept of killers with a limp and jealous mistresses who swear they’ll stab their husbands in the night. It takes all of these elements and drives them right over the top, almost becoming a parody of itself with the elaborate voice acting and visual designs. But in the end, that’s what makes it such a fun experience. Even if you have never watched a soap opera in your life.

At the end of the day, Grim Facade: Cost of Jealousy shares a lot with its predecessors Grim Facade: Sinister Obsession and Grim Facade: Mystery of Venice, such as low level of difficulty, linear design, average length of about four hours, and a handful of standard extras in the collector’s edition. The hint system is even a bit awkward at times, just like the other games in the series. Its greatest redeeming feature is its focus on cheesy and overly dramatic characters and events. It’s hard not to have fun when the music swells, a man with slicked-back hair grins, and a woman screams at shadows lurking in the dark.