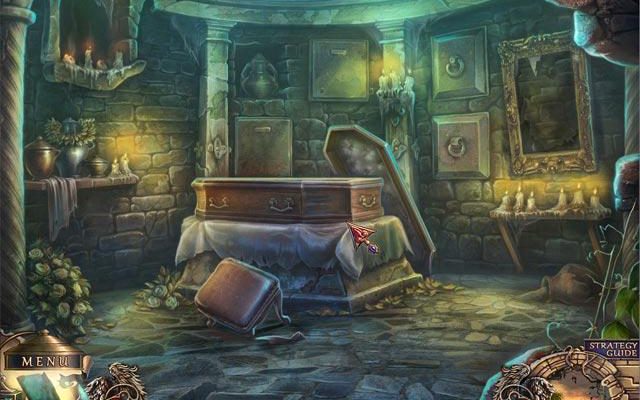 Grim Facade: Sinister Obsession may have a worn out story concept, but the gameplay here absolutely shines

Arguably the most overdone plotline within the hidden object genre is that of murder and mystery, as we all-too-often take on the role of a detective, psychic or even concerned family member, out to find the truth before each game’s few survivors can be picked off one by one. Such is the case with Grim Façade: Sinister Obsession, as we’ll once again become a detective, charged with discovering evidence surrounding a series of murders. But here, the gameplay has enough unique twists and originality that you won’t even mind the lackluster, clichéd storyline. 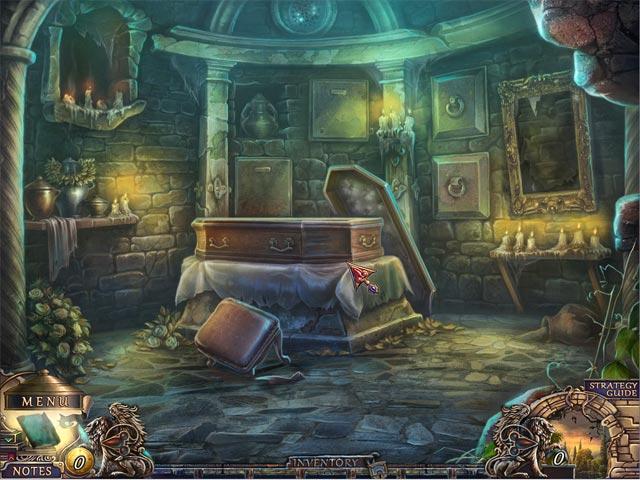 Some scenes might be bulk item hunts (find 12 balls, find 10 hammers, as examples), but others are interactive “puzzles” in and of themselves. For example, you may be required to find a set of items based on their shadows, but only one item can be found at a time. If you find a screwdriver, you can use it to open a chest to find gloves, with those gloves being used to hold hot tongs, and so on.

The same linearity is found throughout the rest of the game, as you’ll do plenty of backtracking, but never due to being lost. Instead, you’ll usually have only one active task in front of you at a time, removing most any challenge from the experience. There are three difficulty settings to choose from, which alter how much in-game help the title offers you, so you can give the game a kick if you’d rather not have your hand held throughout the entire 3 hour game length.

The game’s hint system also deserves mention, as you won’t be stuck waiting for a slow meter to recharge. Instead, you’ll collect colorful fans within hidden object scenes or out in the main world, with each fan serving as a single hint. If you wish to quickly make your way through a hidden object scene, you can use hints in rapid succession until you eventually run out or finish your current task. If you’re in the middle of a puzzle, you will need to wait for the meter to recharge, but like the rest of the experience, the puzzles are fairly intuitive and enjoyable to complete, removing that urge to press the skip button. 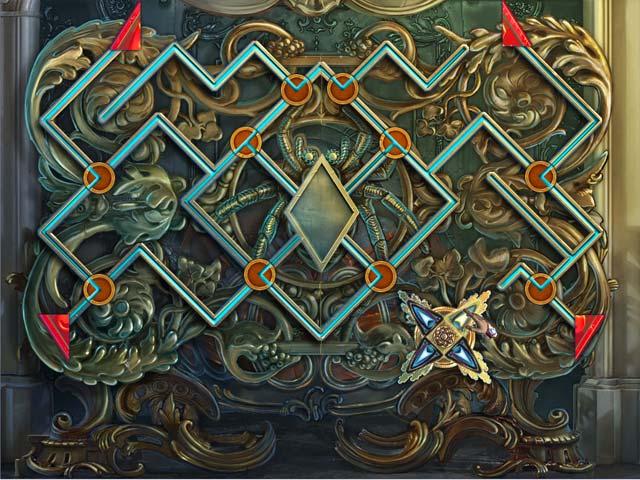 Speaking of puzzles, you’ll come across the standard tile rotation and swapping puzzles, but will also be challenged by variations on popular games like mahjong or mazes. You’ll even get to play three instances of a game based on pinball, as you work to collect coins that serve as the game’s currency, and will allow you to purchase certain key items from a shop in the village.

Unfortunately, Grim Façade: Sinister Obsession is so easy to complete on the game’s lowest difficulty setting that you can finish it in well under three hours, relying only on the entertainment of the gameplay itself to pull you along. It’s disappointing that the storyline falls so flat once you get going, as the cutscenes that do exist throughout could be more engaging and frightening if only we had a better understanding of what was actually going on.

What we’re ultimately left with is a fairly standard storyline of cat chasing mouse that just happens to have great gameplay. Depending on how much value you place in a storyline, this could be a deal breaker, but for us, the gameplay was fun enough on its own to earn the game a fairly easy recommendation.