Limited playability with just one mode

Math isn’t my strongest subject, that much I’ll admit. Tried as I might at school, it constantly used to baffle me and reduce my brain to sludge. So perhaps opting to review GREG – A Mathematical Puzzle Game wasn’t the smartest idea I’ve ever had.

And yet, after spending hours with its ins and outs, I’ve come out the other side feeling rather glad that I did. It’s a simple premise, even for a complete n00b like me. You have to match a selected number by adding tokens together on a grid. However, around the highlighted number is a countdown timer, and once the timer does one full turn, each unused token on the grid increases in heat. Once a token is hot, after one final turn, it explodes, then the game is over. If any tokens are lost on the grid, you’ve lost. Fortunately, the token starts out cold, and must become fresh, then warm before they turn hot.

So there’s a decent amount of strategy to consider, in that you need to make full use of all the numbers on the grid in order to keep yourself in the game. And for the score-fiends among you, the game also throws up special tokens, usually on numbers you’ve already used. When used successfully, these special tokens can do all manner of neat tricks, such as stopping the timer, giving you additional points and even cooling down all tokens on the grid.

For even further incentive, you earn points for using all the tokens in a level. You can even earn points by lining 3 or 4 tokens up in a row – horizontally or vertically. Hidden numbers also appear on the grid, which can use up a timely tap if it’s not the number you’re looking for. The more points attained, the higher the grade you will receive. And that’s really all there is to it. GREG is pretty no nonsense from the moment you load it up. Even the menu screen is straight and to the point. That’s one of the game’s finer qualities. It knows it has an easy hook – even for total maths novices – it knows it has addictive qualities and it expects you to learn from your mistakes and come back to try for a higher score. I certainly found myself doing that – and believe me, there were many failures. So, in that regard, the game gets it right as I always found it engaging.

However, the game peaks early and often, and when it comes to later levels, the tedium quickly starts to set in. As you might expect, the action gets faster and more frantic, but outside of that, there’s very limited variety. The game shows you its power-ups and hidden numbers in the opening moments, so once you’ve nailed the general idea, it’s hard to escape the feeling that you’ve seen all there is to the game and that ultimately, it’s all a bit too basic.

It also doesn’t help that this is a one mode game. There are no additional offerings here – for instance, Endless, Wave, Time Attack or Multiplayer – and while I could forgive that if the app were free, right now, I would struggle to recommend this as real value for money. I also had to switch the music off after just a few minutes. It’s the same jazzy, bluesy theme being played on loop over and over. Rather than soothing, background noise, it became a distraction and an irritant. Perhaps a simple thing, but some of the greatest puzzle games of our era – Tetris, Columns, Bejeweled – have some of the best background music. They all play a track on loop, yet you never feel compelled to mute them. You might even find yourself humming along to them. That’s definitely not the case here.

Part of me feels GREG would have been better off launching as a free app with (or without) optional in-app purchases. It’s either that, or the development team adds further modes and variety into the game and relaunch as a 2.0.

For now, while an excellent, fun way to kickstart the grey matter in the short-term, GREG soon becomes shallow. On a platform and in a genre filled with so much compelling competition, that’s not a great way to set out your stall. 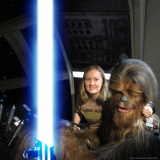