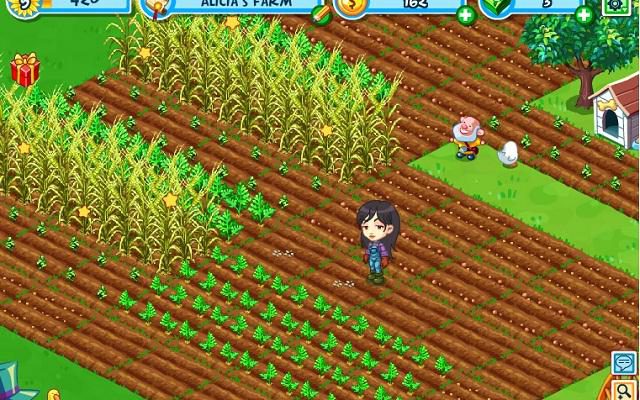 Green Farm lets you build up your own rural paradise, grow organic vegetables, and even grow super-size produce.

Green Farm is one of prolific mobile developer Gameloft’s first entires into the fast-growing world of Facebook gaming. A straight-forward farming sim might feel like the safest of safe bets, but a veteran developer like Gameloft can use a basic game like this to show the kind of polish and style it can bring to a simple game. Green Farm sets itself apart from other Facebook farm sims with its great user interface and charming, well-animated graphics. An amateur developer might have come up with a more novel idea, but never this sort of polished execution. 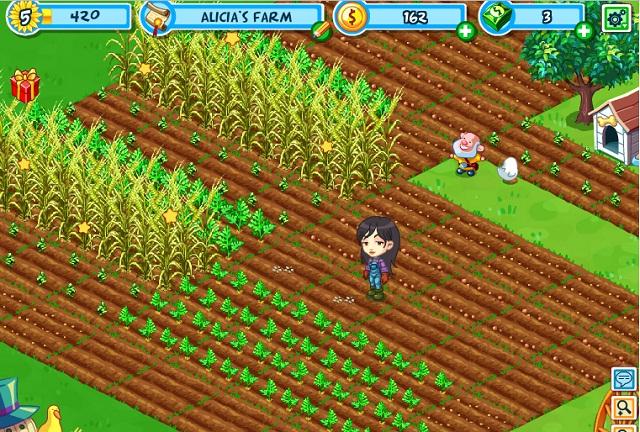 The basic rhythm of playing Green Farm should be eminently familiar to anyone who’s ever spent a little time with a Facebook farming sim (or the genre’s console forebear, Harvest Moon). You begin with a basic plot of land and a little money you can spend to plant crops. Crops grow on a timer system where you wait for a time, from a few hours to a few days, before you can harvest them. While the threat of crops withering on the fine if not harvested quickly is a major part of games like FarmVille, crops in Green Farm never seemed to wither during the test period. 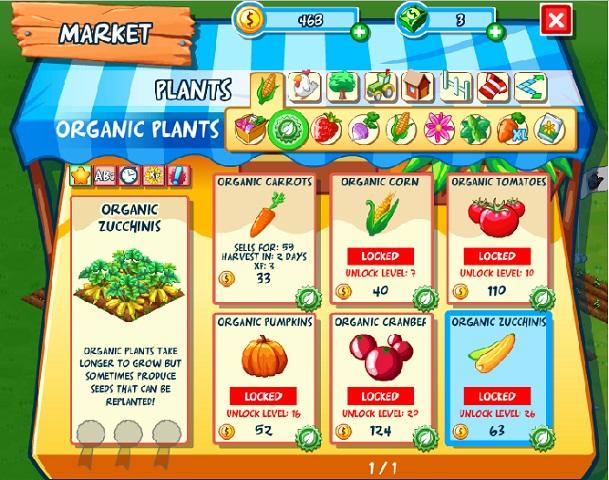 Green Farm‘s visuals are extraordinarily appealing, especially when compared to other Facebook games. The avatars are attractive and can be customized with a range of items, most of which cost real money at this point. Basic crops look appealing and there’s a range of unusual crops to grow, too. Organic crops take longer to grow but are more renewable, generating more profits over time. Super-size produce can get fertilized by your friends and grow over a period of days to sell for enormous profits.

It took awhile for FarmVille to introduce convenience vehicles like tractors, but Green Farm provides this sort of amenity at launch. There are a range of other automation items for players to buy for real money, too, like a Chicken Coop. You can sell livestock for in-game cash, but every animal available in the game now costs a small amount of real money to buy. This is a little discouraging, but may change over time. 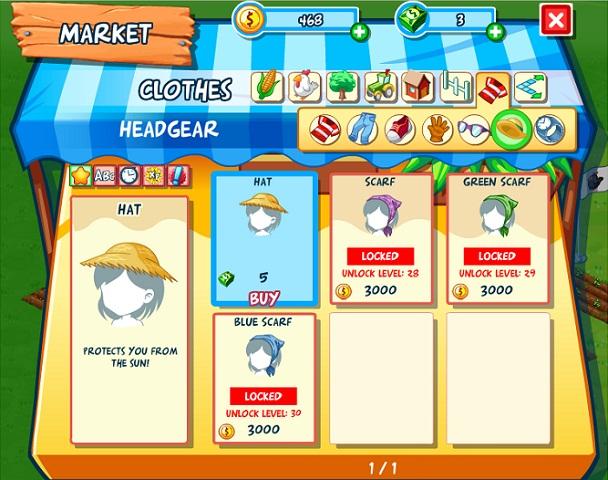 Right now Green Farm has some instability issues, though the game did go through an upgrade cycle during the test period. Overall, the high-quality graphics seem to demand a stronger connection than the average Facebook game, but that’s fine. There are plenty of average farm sims to play on Facebook, but Green Farm feels like something a little special.