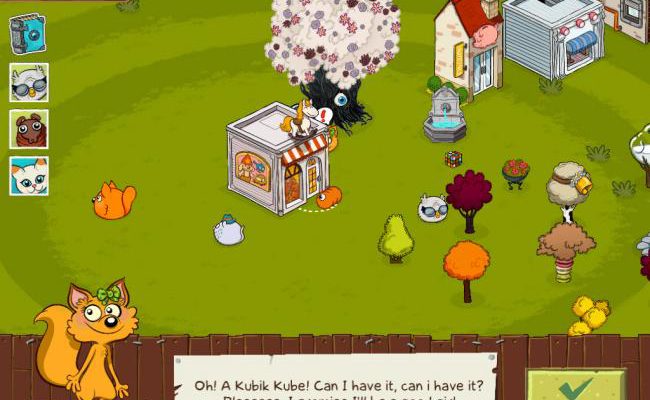 Don’t step on this grub.

You’ve heard of the Very Hungry Caterpillar, but have you ever met Greedy Grub? Both insects are capable of eating half the world for their personal growth, but whereas the Caterpillar is restricted to the pages of his storybook, Grub exists in Greedy Grub, an adorable iOS world-building game. Greedy Grub tries some new ideas and most of them pan out, though you can still expect plenty of good old-fashioned waiting around thanks to its freemium model.

Greedy Grub begins with the tragic story of a little grub being knocked from his home atop the mystic “Eye Tree.” He falls to the world below and quickly makes friends with Apollo, a wise owl who serves as the forest’s mayor. The mayor enlists Grubby’s help in making the forest an awesome place to live and play. 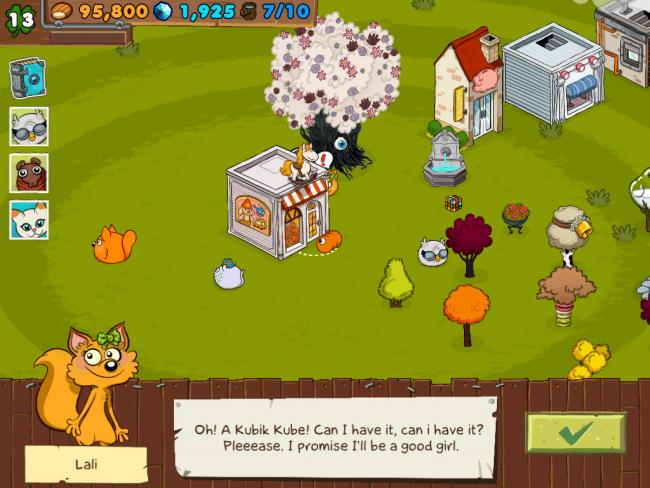 Greedy Grub plays a bit differently from most of the city-building games on the App Store. For one thing, your grub pal is far more active than most player characters in similar titles: he slides around his domain with surprising speed and follows your finger wherever you drag it. This movement is necessary since you must actively visit your trees, stores, and woodland friends in order to engage with them. You also need to slither over fruits in order to gulp them down and earn “pips” (seeds), which serve as the game’s currency.

You’re also allotted a very small space to build in, which might take some getting used to if you’re familiar with traditional city-building games. You can expand your domain by offering gems (“Azurites”—the game’s hard currency) to the Eye Tree, but your quarters will remain tight, no matter what. Part of the challenge of Greedy Grub involves figuring out how to best utilize your space.

Much of your forest real estate will go towards growing different kinds of trees, which yield fruits (and pips) in turn. You can also assemble buildings that serve distinct purposes, like a lab that can cross-breed different items to make new trees, and stores that sell decorations. 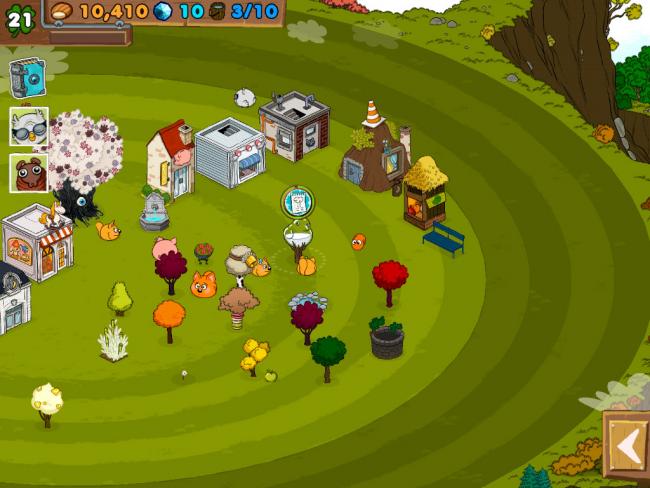 Greedy Grub‘s whimsical graphics are warm and colorful thanks to the talents of French comic artist Laurel. As you progress through the game, you’re occasionally treated to comic book interludes that outline the grub’s motivations and accomplishments. It’s a nice, quiet way to add story and character to the experience.

Greedy Grub is different from most city-building games in many ways, but it still suffers from one of the genre’s most hated characteristics: wait times. Planting trees, watering them, and finally collecting their bounty is an activity that can take minutes or hours, depending on the tree’s species. Buildings take an awfully long time to spring up, too. Grub can slide around and collect stray pips in tufts of grass while he waits, but overall, there’s not a lot to do while construction is going on. It would be nice to engage in some mini-games with Grubby.

Greedy Grub has a worm or two, but the overall experience is charming even if you only engage with the game for a few minutes a time. Go ahead and hug a slug.