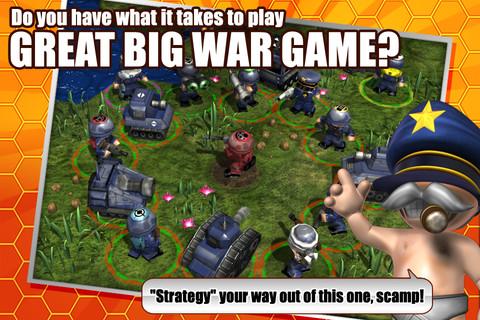 The hex is one of my favorite things and, no, I’m not talking about witchcraft.  I’m talking about the shape and what it represents to us gamers.  As a kid I remember finding one of my dad’s old war games, the arcane kind with plastic bags full of abstract, cardboard chits representing different units.  I remember thumbing through the thick instruction booklet and wondering how anybody could ever play a game with so many rules.

Years later we got our first computer.  Shortly thereafter came Panzer General, the most perfect turn based strategy game of all time.  My father and I spent many hours battling it out in hotseat mode.  From then on I was a devotee to the hex.  The very sight of them clicks something on in my brain.  I wouldn’t call myself a grizzled war game vet, but would call myself a part-time armchair general.  And as a self proclaimed armchair general, I’m pleased to report that war gaming is alive and well on mobile platforms.

When I first got an Android phone and eventually my first iPad, I spent a long time searching out decent war games.  I found a few, but none that really hooked me like a good war game should.  Maybe I didn’t spend enough time with it, but even Great Big War Game’s predecessor Great Little War Game didn’t have that special something to keep me playing.  The sequel though? That’s another story.

I’m in love with this game.  I received my review copy three days ago and have played it every free second I’ve had.  That said, I’m only 15 levels into the 50 level campaign.  This may seem like a short way into a game, but considering the scale of some of these stages, I’m surprised I’ve made it this far. 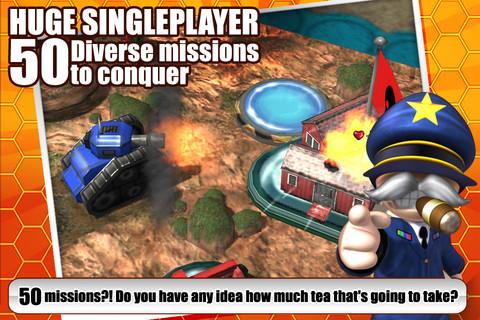 Great Big War Game’s main draw is its campaign.  Not only is it massive, it’s finely tuned.  The learning curve is gentle without making things boring.  Most stages introduce a new unit and are designed to then require that unit’s use to win.  One stage introduces transport choppers.  If you don’t use them to circumvent a barricade of turrets, you have no chance of winning.  At no point did I feel restricted though, or like my hand was being held.  Every level I beat felt like an accomplishment.

I probably felt this way because Great Big War Game’s level design is impeccable.  The placement of every detail on the battlefield — every hill, body of water, factory, oil derrick — subtly influences gameplay.  Each stage is so finely crafted that I had the feeling I was playing not just a war game, but a puzzle game.  Developer Rubicon laid out every level in excruciating detail, anticipating exactly where, when and how a player could tackle it, all while leaving the player enough breathing room to come up with their own creative solutions.

But I’m getting ahead of myself.  For those unfamiliar with war games, allow me to break things down.  The basic concept of Great Big War Game is simple.  On a hex based map, you face off against an enemy.  Both sides have a headquarters and structures that allow them to build units — infantry, vehicles, aircraft and ships.  The goal is — usually — to destroy the enemy’s HQ.  With the units you build, you bring the fight to the baddies.  Engineers capture cash producing oil derricks and unit producing factories.  Supply trucks refuel and rearm your fighters.  Scouts allow you to peer through the fog of war.  And everything else is used to kill.  Some units work well against infantry, some work against vehicles and so on.  Attacking the right enemy with the right unit is the key to victory. 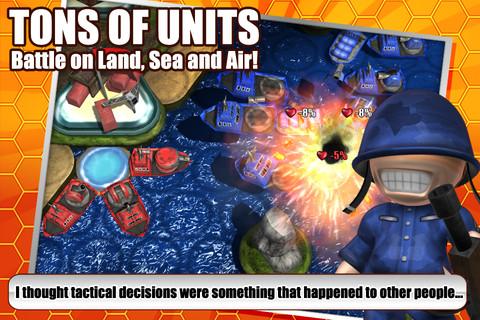 In the campaign though, not every level is resolved by destroying the enemy’s HQ.  Sometimes you must assassinate an enemy general, or bank a certain amount of cash.  This variety keeps things fresh.  One clever level in particular was a take on tower defense.  No stage is boring, and, again, I can’t stress how well designed they are.

Which leads me, unfortunately, to my few complaints.  Great Big War Game’s skirmish mode — one of the most important features of a war game — is severely limited.  None of the interesting objectives from the campaign have a home in skirmish mode.  The only way to play is vanilla ‘destroy the HQ.’  Which wouldn’t be so bad if the enemy’s AI wasn’t so weak.  This is not an issue in the campaign, as each stage is so finely arranged.  But in skirmish, I trounced the AI time and time again with little trouble.  Combined with the fact that the maps available for skirmish mode (and multiplayer) are almost universally tiny, and you have yourself a major bummer.  I don’t see myself playing through the campaign twice, and, as skirmish mode is weak, Great Big War Game’s replayability is severely hampered.  Multiplayer softens that blow a bit, but, again, I would have liked to see bigger maps.

Great Big War Game is also fairly unstable, which is never a good thing.  Playing on a first generation iPad, it crashed dozens of times.  Fortunately a reliable autosave system meant I never lost any progress.  Still, this instability is an unnecessary hassle. 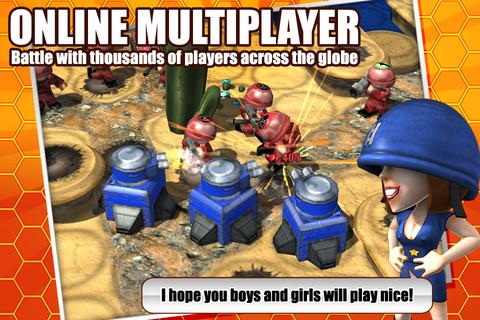 Nevertheless, Great Big War Game has fast become a favorite of mine.  I never thought I would say this, but I like it better than the juggernaut that is Nintendo’s Advance Wars, a game I have poured countless hours into over a number of iterations.  Anyone with even the slightest desire to play a war game must play this Great Big War Game.  And for those of you out there who have never played armchair general, now’s your chance to fall in love with the hex.