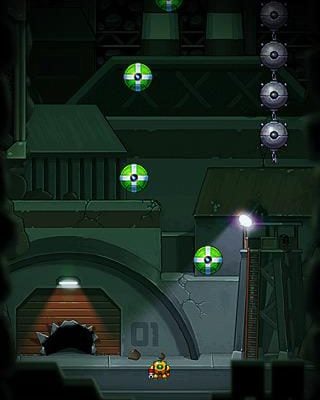 The brains behind Canabalt are back, and this time they’ve brought a grappling hook!

When Canabalt hit the web last year, and then later the iPhone, it became one of the biggest sensations in mobile gaming history. In fact some would argue that Canabalt and Doodle Jump are responsible for popularizing the iPhone’s plentiful survival genre. Now the makers of Canabalt are back, and this time they’ve brought a grappling hook with them.

A remake of their first collaboration, Semi-Secret Software’s Gravity Hook HD is the story of civilians living in a secret base below the earth. Wondering how deep down they really are, one of them suits up (or sends out a robot – we’re really not sure) and tries to climb to the surface using only a grappling gook. Like Canabalt, the object of the game is to proceed as far as you possibly can and earning a respectable score before falling to your death.

To climb, players will grab on to a variety of floating nodes that litter the playing field. The nodes are not affixed to anything, so when you grab them you’re also going to slowly pull them in your direction. The trick is to grab the nodes from a short distance to build momentum and slingshot higher up the building. And that’s Gravity Hook HD in a nutshell. 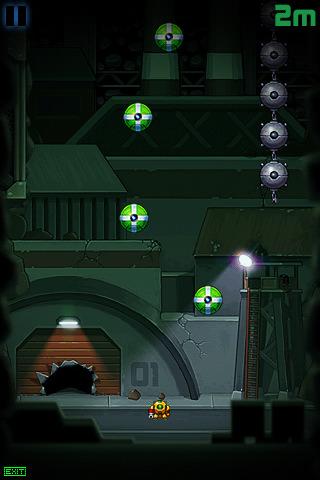 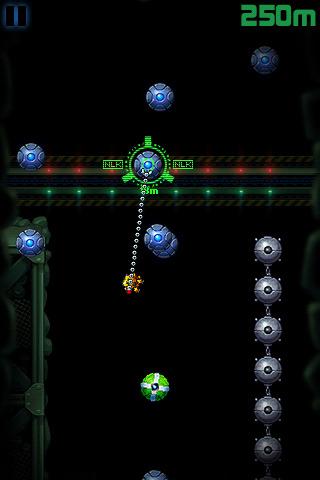 Like any good nutshell, cracking Gravity Hook HD open reveals some tasty innards that are delicious to consume. The game throws a good deal of challenge and variety at you the higher you climb. Perfectly safe green nodes become few and far between, replaced by nodes that explode if you get too close, or nodes that fall out of the sky if you try to grapple onto them.

As the title of the game suggests, gravity also plays a key role in the overall experience. Grappling from a short distance is key, because if there’s too much line between you and the node you’re attached to chances are you’re going to weigh things down and drop off the screen to your untimely death. It’s a kinder fate than getting an exploding node in the face, but the end result is still the same.

Despite the developer’s insistence that this remake is easier than the original, the level of challenge here is relatively high. It can take a little while to get used to the physics that dictate so much of the gameplay, and even once mastered, navigating around treacherous areas can be a nail-biting experience. The developers have included the original as an unlockable feature, and in my opinion, the looser physics and earlier design choices make it a little easier than its contemporary cousin.

Like all good projects by Adam Atomic and Danny Barnowsky, the presentation here is simple yet exquisite. With hand drawn backgrounds and lovingly-detailed nodes, the art direction manages to be a perfect fit without ever feeling like it’s trying to show off. Barnowsky’s soundtracks are among the best in video games today, and Gravity Hook HD‘s tunes are no exception. 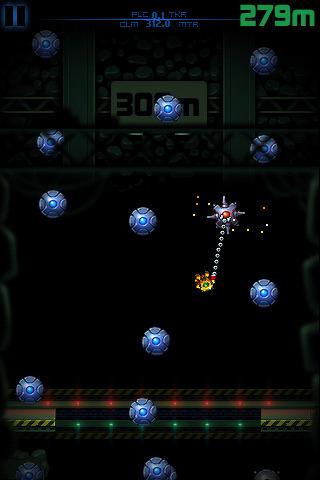 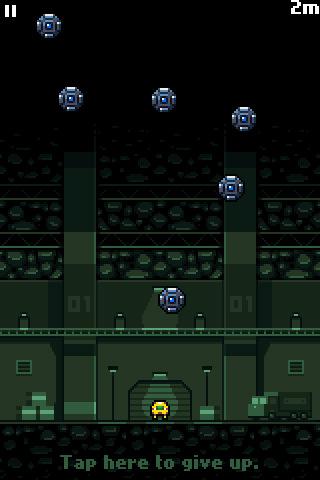 For a single price of admission, players gain access to both the iPhone and iPad version of the app. While the two experiences are more or less identical, the iPad’s screen size does make it easier to appreciate the art design, especially when you see the nodes at a much larger size. We also found that playing it on a larger device made it easier to gauge which nodes to grab on to, though that can probably be chalked up to personal preference. For owners of both devices, being given the choice of where they want to play it is a bonus that simply can’t be ignored.

Fans of the simple survival games that have popped up in Canabalt‘s wake over the past year may be surprised by the level of challenge offered by Gravity Hook HD. If they’re willing to test their mettle, however, fans of SemiSecret’s previous effort will no doubt fall in love with the upward struggle found in Gravity Hook HD.

Dawn of the Dragons Review