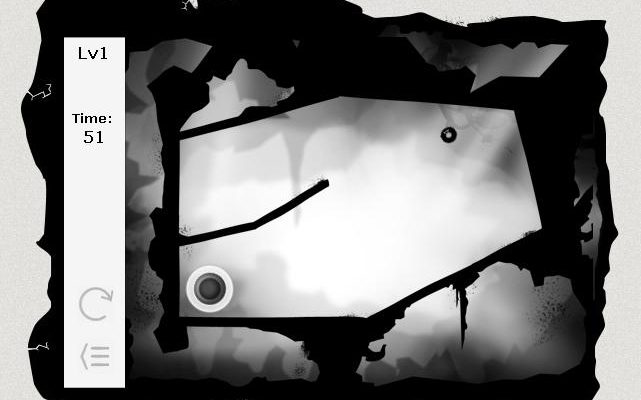 Crushed by its own gravity

After the overwhelming success that was World of Goo, mobile devices and PC have seen no shortage of physics-based puzzlers. The pickings on Facebook, however, have been slim, and Gravity Cave hopes to help fill that void. Does this collection of action-oriented brainteasers offer a substantial bite for fans of the genre, or is it merely a tease?

Gravity Cave is, as its namesake implies, all about manipulating forces of gravity. Each level tasks you with moving a basic black ball to an exit, flipping the direction of gravity (with a simple click of the mouse) as you go.

It’s clear from the outset that Gravity Cave is a somewhat niche puzzler designed specifically for ardent fans of the genre. Levels are a bit extreme in their design, and Gravity Cave likely won’t appeal to the casual gamer. Though there are a few duds here and there, most levels offer an interesting and satisfying challenge. 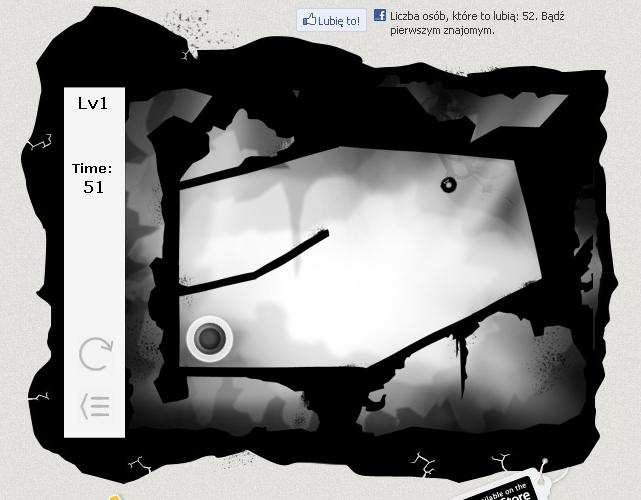 The level design is quite basic in terms of assets. Simple lines are sculpted into barriers you’ll need to negotiate, and rather than rely on bouncy physics to move your ball throughout a given level, you’ll be required to constantly rotate the direction of gravity in order to get your ball to move where you need it to go.

In terms of difficulty, the pathway to your destination is always quite clear; the tricky part is in using the game’s gravity to do your bidding. The physics and gravity forces feel natural, though obstacles are mostly jagged, making navigating levels a somewhat clunky ordeal. It’s an experience that’s far from perfect, but in the end I enjoyed my short time with Gravity Cave.

And short it was…

All told, Gravity Cave consists of 12 brief levels – about 10 minutes of gameplay total. Once I completed the 12 levels, I was instructed to “like” the game if I wanted to enjoy more. When and if the developer plans to update the game with new content is unknown. 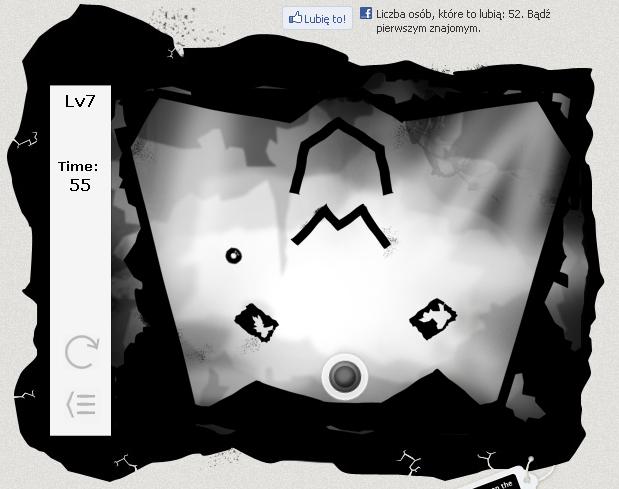 It doesn’t help that those 10 minutes of gameplay are marred by terrible sound design. The music constantly, and abruptly, cuts in and out. It’s particularly disappointing, since the overall presentation has an otherwise enjoyable, albeit melancholy, vibe to it. The artwork seems heavily influenced by the likes of World of Goo and Nightsky, and what can be heard of the music makes a nice match for the visuals on offer here.

Do I recommend Gravity Cave? Well, sort of. If you’re a fan of abstract art and/or puzzle gameplay, give the game a whirl. The level design is a bit rough around the edges, but the ideas generally ring clear; there is, indeed, some fun to be had with the game. Just be forewarned that the experience is over almost as soon as it begins, and the issues with the sound can be quite jarring. Gravity Cave is a fun start to an interesting concept, but it’s yet to be fully realized.

As an aside, the game requires that you turn off Facebook’s secure-browsing option. While playing the game, my browser was prompted to allow data to be placed on my computer, which I, of course, did not allow. There’s no evidence to indicate the publisher is trying to place any type of malware on users’ PCs, but we do recommend caution when playing this game.