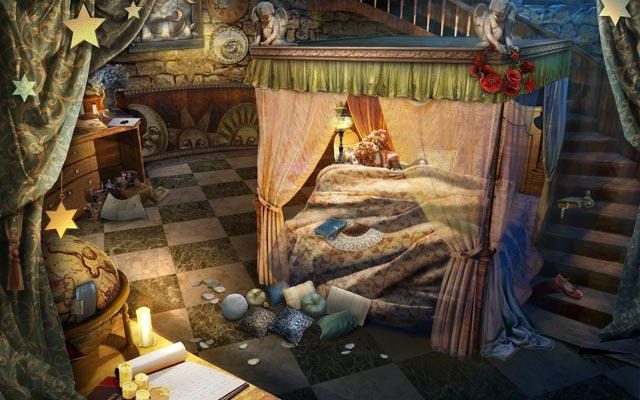 A man with many wives has even more secrets. Get to the bottom of the mystery in Gravely Silent: House of Deadlock.

Even the most casual fan of hidden object games has likely become far too familiar with the dark and dreary theme that a huge chunk of these games contain. Sure, Gravely Silent: House of Deadlock falls right in with the rest in terms of its graphical design and sad storyline, but the gameplay and storyline here definitely hold up until the end.

The story driving Gravely Silent: House of Deadlock is easily the best thing the game has going for it. A young man with dashing good looks has just married your sister, and soon after she falls incredibly ill and dies. Her spirit calls to you for help, and you’ll set out to storm your brother-in-law’s castle searching for answers.

This incredibly charming young man turns out to be nothing like you’d expect, holding secrets of past wives, all of whom are also deceased. Your sister’s soul is trapped in limbo, but you’ll first need to save his other victims before setting your sister free once and for all. 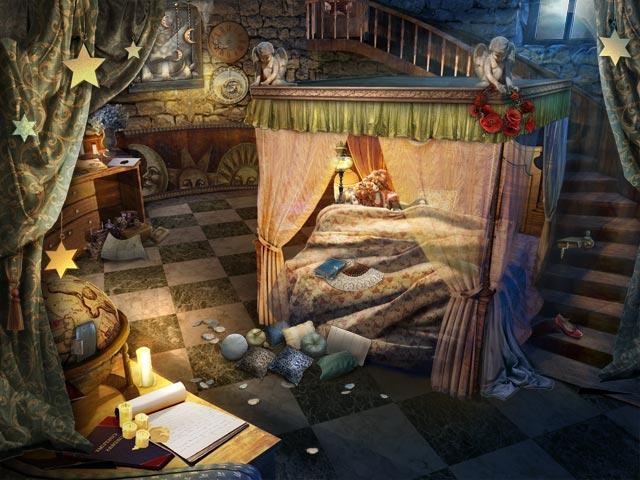 Gravely Silent’s gameplay sees you making your way in and around a large castle, working to save one deceased wife after the other. There’s no way to bring these girls back to life, but you can let their souls rest in peace by unlocking their personal netherworlds (generally a place a nightmares), and diving into the spirit world to free them. Each wife has a different talent or theme (actress, artist, etc.), giving a few of the game’s environments a bit of graphical variety, on top of the clichéd rooms filled with broken mirrors, a mish-mash of clutter, and so on.

For the most part, the game’s balance between traditional hidden object scenes (find items on a list) and puzzles is well done. While there is quite a bit of backtracking throughout, as you collect items that can be used elsewhere in the game, nothing ever becomes so difficult or confusing that you’ll feel overwhelmed.

As for the puzzles themselves, these are actually quite varied. On top of the standard tile rotation and sliding puzzles, or even jigsaw puzzles, you have those that ask you to rearrange the hour symbols on a clock, or manipulate a group of objects to form a mural, as just two examples. 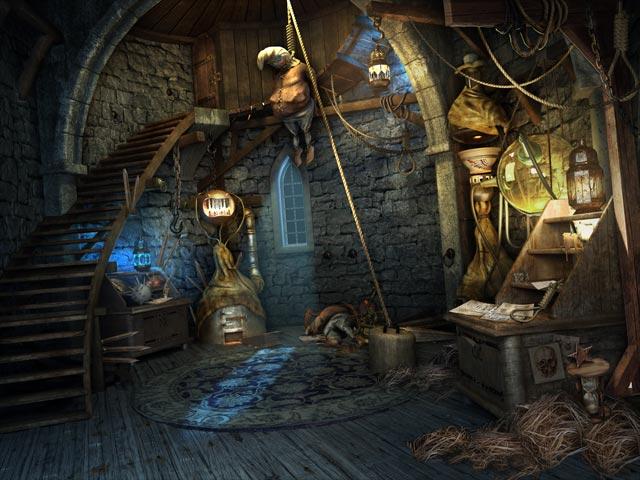 While the game easily contains over two hours of content, it is a bit disappointing that for each subsequent soul you set free, the time it takes to save the next seems to decrease. That is, the beginning stages of gameplay seem to contain much more complexity (in terms of the number of tasks you’ll need to complete) than the end game, but by time you do reach the finale, you’ll likely be so caught up in the story that you won’t mind.

One final element worth noting is the game’s superb soundtrack. While there are only a few tracks that play in a loop, the music here is very reminiscent of console RPGs, a comparison that is, in my opinion, a huge compliment to the game in and of itself.

Gravely Silent: House of Deadlock may not look like an entirely unique game from its screenshots, and with broken or cobweb-covered items being in most scenes, perhaps that assumption is partially correct. However, the game’s story is interesting, and the gameplay has a nice flow that will keep you playing right to the very end. And in the end, I can’t really ask for anything more than that.