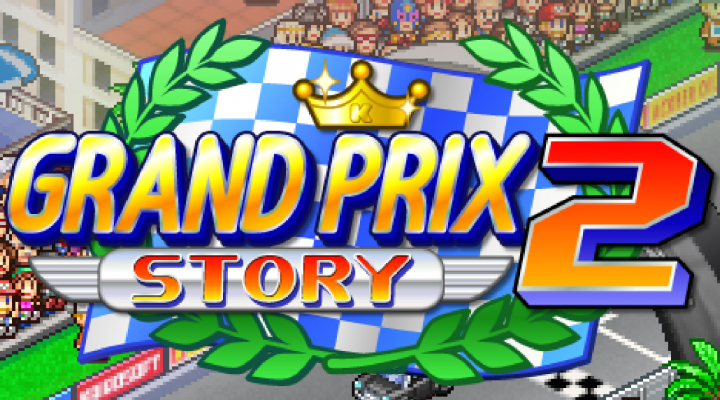 Lots of moving parts to sink your teeth into!

The hints screen look more like strange ads than hints - don't match the rest of the game.

Over the years, Kairosoft has developed a rather strong reputation as a leader in simulation games. Their combination of pixel art, detailed gameplay and infectious positivity has given the company a rabid fanbase. While their last outing, Home Run High, might have been a little too slow in its pacing to win over legions of new fans, Grand Prix Story 2 is not just a return to form but Kairosoft at its absolute finest.

If you enjoy either simulation games or strategy, there is so much to enjoy about this title that it’s almost impossible to summarize in a mere 550 words. It’s the perfect game to have in your back pocket throughout the summer. There’s enough to keep you engaged if you’re stuck in the back seat on a road trip, but it’s also the sort of game you can pick up for 15 or 20 minutes here or there while having a pint on a patio or killing time in line for the bathroom at a music festival.

For those unfamiliar with the original Grand Prix Story (or the free-to-play lite version), the basic premise of Grand Prix Story 2 is that you’re the coach of a crack racing team. You hire (and fire) the drivers and mechanics, train them, use them to develop the best cars possible then test your mettle in a wide variety of game modes. There’s regular races, grand prix, and versus challenges, the last of which offer some interesting item prizes in addition to cash for winning.

As you gradually increase your race performance through training, research and picking the best parts for vehicle on hand, you’ll win over fans. For those of us who appreciate a little external validation, they even show their appreciation for great performances in the form of little gifts that can be used to enhance their cars.

Typical of Kairosoft games, Grand Prix Story 2 contains an in-depth and thoughtful tutorial, so if all of this seems overwhelming, you can rest assured that there’s lots of help to get you through your first several races. By the end of the tutorial, you’ll be thinking strategically, something which is essential to success in this game.

If you want to race with the best, it simply isn’t enough to just get the best bang for your buck when it comes to training and upgrades. You need to be willing to dismantle and rebuild both your team and your vehicles for the sake of research and potential progress.

Where Home Run High’s pacing was a real drag for those who lack extreme patience, that races in Grand Prix Story 2 are MUCH shorter than baseball games (a minute or two compared with 20) means it’ll likely attract and maintain a wider audience. As slow as progressing through the ranks can be (it can take the better part of a weekend to get your first license), when you’re in it, the game doesn’t feel slow at all.

The pixel-art graphics used in Grand Prix Story 2 are solid. They’re retro without being corny and the races look an awful lot like the replays and cut scenes from classic SNES racing games. For those who are all about driving games be warned, you’re not really at the wheel. More coach than driver, your role during the race is limited to applying an aura (if available) and/or using nitro boosts (which can be purchased from the shop).

The switch from the paid model used in Grand Prix Story to a free-to-play model really works well here. While you can progress slowly through the game without making any in-app purchases or watching any advertisements, there’s strong incentive to do both in order to speed things up a little. Supporting the developers here really does feel like a win-win.

If there’s any noteworthy flaws with Grand Prix Story 2, it’s that the hints screens are a little jarring. Breaking from the pixel art style used in the rest of the game, it can be really hard to tell at first whether the hints provided while waiting for races to load are real or advertisements. Within the grand scheme of an otherwise great game, however, this is a small thing (though one that Kairosoft will hopefully look at in future updates).

When the worst that can be said about the game is that the hint screens look a little weird, it’s safe to say that Grand Prix Story 2 is well worth your time and energy.

Final Fantasy XV: A New Empire Review – Yet Another Game of War