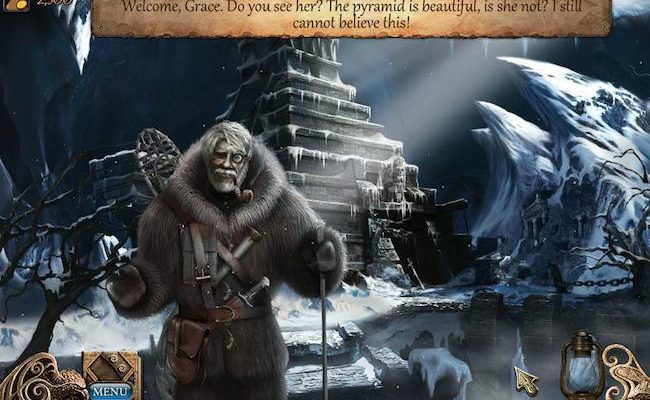 Your mission, should you choose to accept it, is to actually have an awesome time with a Facebook hidden object game.

Lara Croft fans might be stuck waiting until 2013 for the Tomb Raider reboot, but in the meantime their appetite for adventure can be sated by getting to know another female treasure-hunter: the intrepid Grace Brown. Prepare yourselves everyone, for Grace Brown: World Mission, the new social hidden object adventure by developer Viral Games. Though still in beta, this baby is shaping up to compete with big-budget hidden object adventures and handily kicks the butts of everything available now in social media.

In Grace Brown: World Mission, players go back in time and follow the titular hero to the Arctic Circle as she explores the ruins of a lost civilization. The time is 1935 and Grace (who looks like a combination of Indiana Jones and Lara Croft with a smattering of tribal tattoos) is a highly accomplished woman. Scholar, doctor, adventurer, she’s more or less ready for anything. While hanging out in her book-lined study, an old friend and former professor calls and invites her to meet him at an archeological site. She packs up and jumps on a plane, prepared to find impossibly rare evidence of an ancient people called the Creators. When she gets to the site however, she discovers a lot more than that. 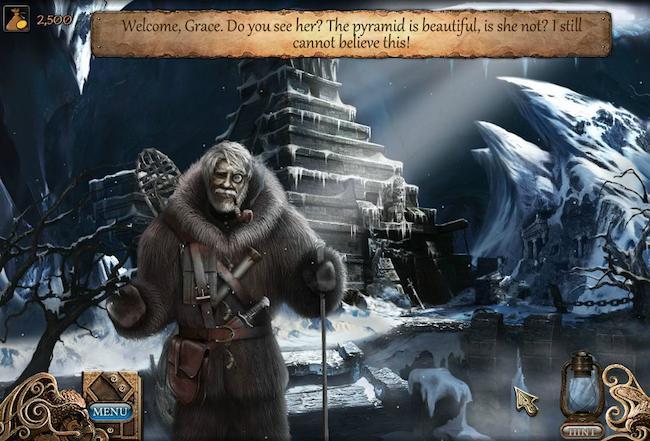 I can’t tell you anything more or I’ll spoil the surprise. What I can say is that this game’s production values leave other social hidden object games in the dust. The graphics are gorgeous, and rival anything put out by Big Fish or any of the other top downloadable casual game developers. You’re immediately swept back to the 1930’s, to an atmosphere that with its warm, sepia-toned libraries and dark, spooky ruins evokes Raiders of the Lost Ark. The audio too goes above and beyond, with actual (good) voice acting for the cinematics and other character communications. The combination of rich graphics and full sound brings the game to life like nothing else you’ve seen in a Facebook game.

Of course, graphics and sound aren’t the only way Grace Brown: World Mission gives PC hidden object games a run for their money. Gameplay is also easily on par with paid downloadable games in the genre. This isn’t a case of “click here to clear this space, wait five seconds and collect energy and coins”. This is an honest-to-goodness adventure game, with exploration, item usage and puzzle solving. There are also beautifully-constructed—though fairly challenging—hidden object scenes.  They’re challenging because items are especially well disguised in the environment, either by shape or color. Thankfully, there is a Hint button in case you get stuck. Hints cost 500 coins per hint, and should be used sparingly since they’re the basis of the game’s real-world monetary system.

Once you’ve run out of hints, more can be bought at the rate of roughly a dollar a hint ($6 for 3000 coins). Buying them isn’t strictly necessary though, since you can earn more coins by playing various optional mini-games, such as “spot the difference” scenes. Coins are also needed in order to unlock additional missions. (Right now the game is in beta and ends after only a couple of missions, but the mission I paid to unlock cost 14,000 coins.) It’s a smart system that theoretically lets you play much longer and as such, is far preferable to the already-antiquated “actions for energy” approach. 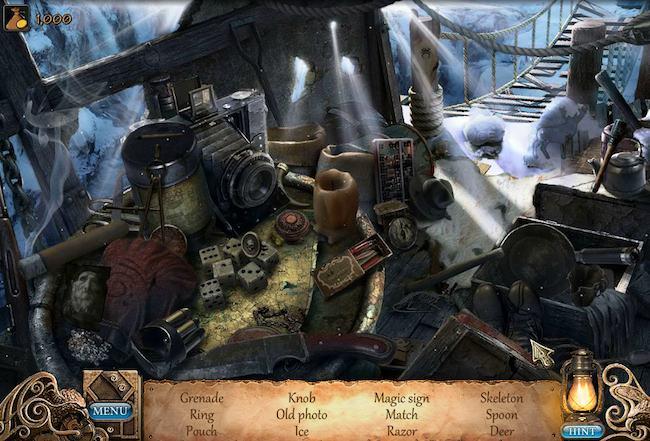 It seems most games on Facebook say they’re in beta, even if they’re basically done; in this case, the beta label is totally accurate. Right now there’s really only an hour to 90 minutes’ worth of gameplay, although the in-game map with its wide variety of locations indicate that’s a mere sliver of what the final game will be. The story appears to be fairly complex and will require much more in order to run its course. What’s there now is really compelling though, and I admit I was crushed when upon completing my second mission, a feedback box popped up letting me know the game was over.

At this point, I think I can say without reservation that once it’s done, Grace Brown: World Mission will be one of the best games on Facebook, regardless of genre. And while it’s disappointing that what’s available right now is basically a demo, the upside is that by trying it now and submitting your feedback, you can make sure the final product is as entertaining as possible. I’ve already done my part, and I guarantee I’ll be on the edge of my seat until the game’s full release.

Titanic’s Keys to the Past Review