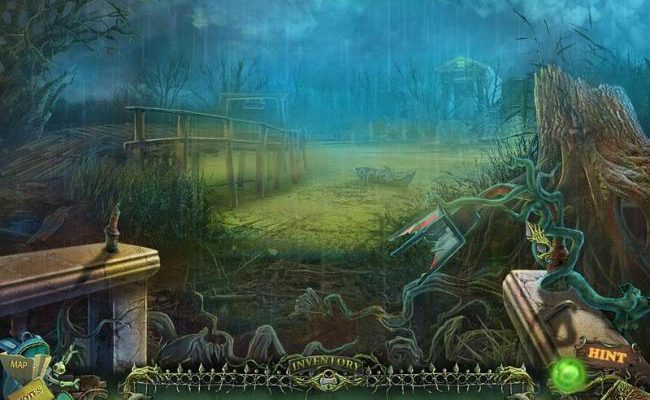 Move away from the dangers of New York to rural England, only to have your daughter abducted by a crazed, school-haunting witch.

For the last few months, the games coming out of ERS Game Studios have been going steadily downhill. ERS cranks games out at breakneck speed, and it’s possible that at this point, the pace of development has begun to negatively affect product quality. The company’s last two releases, Redemption Cemetery: Grave Testimony and Dark Alleys: Penumbra Motel were both far from amazing, and its latest release, Gothic Fiction: Dark Saga, is the weakest yet seen.

Gothic Fiction: Dark Saga announces its mediocrity from the beginning with its trite, uninteresting story. It’s almost laughable how many elements of other games they’ve managed to cobble together here: the dark and rainy car (or in this case, bus) ride to a mysterious location, the kidnapped child, the vengeful witch, the magical book, the trapped spirits, the buildings overgrown by malevolent plants—is there anything in the book of clichés that they haven’t used? I admit, I tuned out early on when I recognized the story for what it is: a thin excuse for me to look for items and unlock stuff.

For those of you still interested in what ERS has thrown together though, the game casts you as a parent bent on moving your adolescent daughter from crime-ridden New York to a small town in the U.K.. Once you get there, you attempt to enroll your daughter in school, only to have her immediately kidnapped by the spirit of a murderous witch with a taste for teenagers. You won’t stand for that, of course, so you dive right in and start collecting the pages of a magic book. Huh? 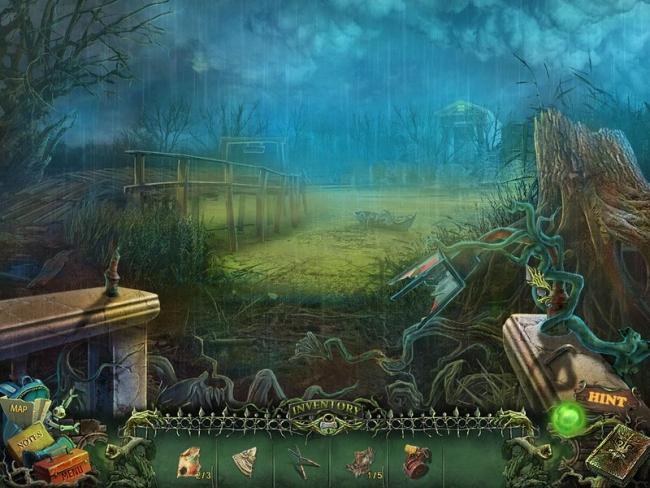 The idea here is that to defeat the witch, you have to reassemble a magic book that tells the story of her life (and her ignominious death). That means you get to comb through the school grounds as well as the adjacent village, swamp and ruins, helping the ghosts of past witch-victims. Yeah yeah yeah, whatever. The story isn’t what drives the game. I suspect ERS hopes what will do that are the game’s many locations and mostly mindless puzzles. While it’s true there are a lot of nice-looking locations, that’s as much a problem as a strength. The game’s map shows every location as well as where things can be done, but it isn’t entirely accurate. That, coupled with the game’s misleading hint system, can result in you running back and forth pointlessly among the same locations.

Even worse is the fact that the map (which is fairly sloppy and ugly, by the way) doesn’t allow for fast travel. All it does is mock you with its big red question marks and exclamation points that tell you where things need to be done. ERS tries to make up for the confusion by once in a while having a ghost create a portal that takes you right to where an item is meant to be used. This doesn’t happen all the time though, and I imagine they’d be hard-pressed to explain this feature’s selective implementation.

In addition to cumbersome navigation, the game features some seriously uneven graphics. While the environments are nice, the live action characters—of which I’m normally a fan—aren’t put to very creative use and are utterly unmemorable. On the upside, the storybook illustrations in the witch’s magic book are really nice, and the puzzle art throughout the game is pretty cool. Gameplay suffers though, from puzzles that are so easy you could solve most of them with your eyes closed. The few that are more challenging are only so because they force you to do things that take many, many clicks, making them a test of your endurance, rather than your brains. 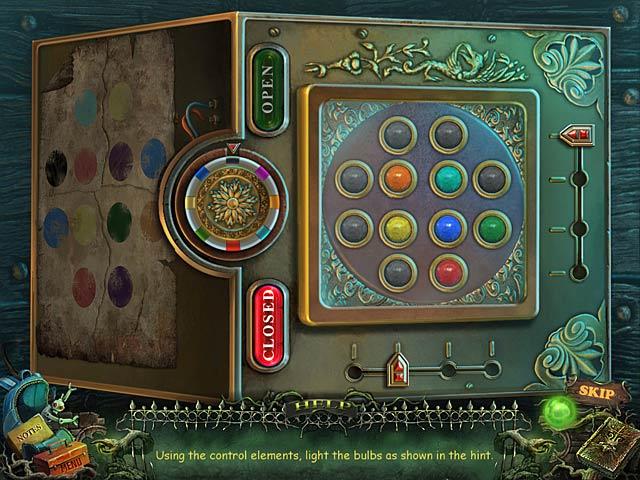 The game’s ending is awkward and abrupt, and leads into an oddly surreal bonus chapter. There are lots of new locations in this chapter, which is nice, but the live-action is completely eliminated, thus making things feel graphically as well as conceptually disjointed from the main game. This whole extra hour of gameplay is OK, but feels a lot like an afterthought. In addition to this lackluster bonus chapter, the Collector Edition offers you the usual concept art, music tracks and wallpapers, but none of it is anything to get excited about.

Overall, Gothic Fiction: Dark Saga feels like ERS Game Studios taking the easy way out. It’s as if they put their adventure game short-order cooks on it and asked them to crank out the interactive equivalent of ballpark nachos: something that looks good if you’re hungry, but an hour later, you’ll wish you hadn’t eaten it.