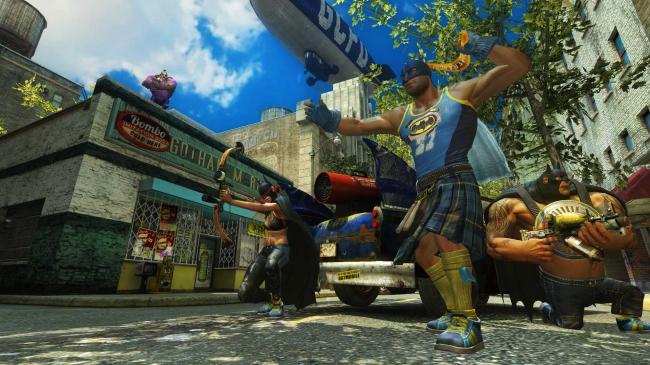 Gotham City Impostors might be a wacky spin on Batman, but it’s also a terrific team-based shooter

Sometime in the last few years, DC Comics published a brief storyline about a Gotham City that was overrun by people impersonating The Joker and Batman. They were organized, like gangs, with one side opposing the other. In truth, it was a pretty crummy read. But it looks like the idea planted a seed in the mind of somebody at Warner Bros Interactive, because they’ve just released Gotham City Impostors, and unlike the aforementioned story, it’s pretty great.

Gotham City Impostors is a team-based multiplayer game of first person shooter combat. If you’ve ever played Team Fortress 2 or Battlefield 1943, you’ll know exactly the style of play you’re in for. But if you’ve ever read Batman, well… let’s just say you’ll be a little surprised at the content.

In contrast to the typically grim and morose Batman universe we’ve all come to love, Gotham City Impostors is silliness to the extreme. You’ll quickly realize that when, in the first moments of the tutorial, you’re introduced to Melvin – a big hulking monstrosity in a homemade Batman costume, complete with a cardboard box with holes cut in it for a face mask.

The silliness just goes on from there. The tutorial will take you through all of the basics of the game, from rollerskates to trampolines. Sure, the core gameplay is incredibly similar to what’s come before in the genre, but for some reason the makers of Gotham City Impostors have insisted on hanging as much wackiness as possible on the barrel of a gun. It’s like a Gotham tale told by the mad mind of the Joker – complete with the Bats team inexplicably embracing the use of guns.

But while the game’s style might be covered in whimsy, the gameplay itself is deadly serious. Players will be able to select from an assortment of pre-defined player types, but the game also offers plenty of customization. As you level up, new options will become available to you to let you trick out your “impostor” any way you want. The developers are promising “1000 levels of player advancement overflowing with upgrades and unlocks.” If that’s not an exaggeration, then it sounds like Gotham City Impostors will provide players with seemingly endless reasons to come back.

And if the standard upgrades and tweaks aren’t enough for you, Impostors also offers up some in-app purchases, like mascots that will follow you around in the game and XP boosts to help you level up quicker. 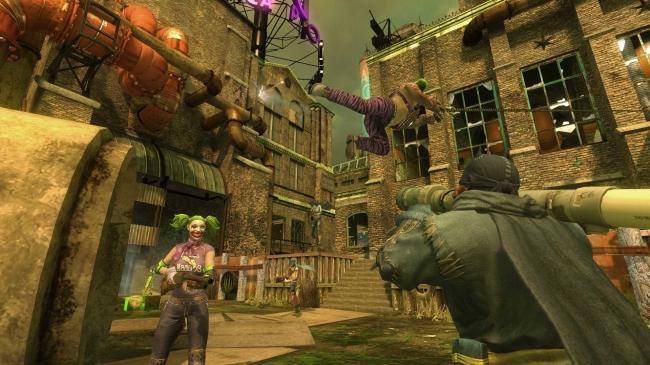 The gameplay itself is tight, responsive, and plenty of fun. Each map is designed well in terms of layout and thematically unique. The urban landscape of Crime Alley is mighty different from the confined tunnels and tight corners of the abandoned amusement park. Likewise, the different player loadouts feel equally unique. One player might have a bazooka and a pair of batwings for gliding around the area, while another might opt for a sniper rifle and roller skates. And while these “gadgets” may sound a little gimmicky, they really bring a lot to the game.

The game’s classic Team Deathmatch mode, ended up being the real draw for me, but if you’re looking for something a little different, you can always take a stab at Fumigation, Psych Warfare, or a collection of single player challenges to help you sharpen your skills.

Of course, not everything in the world of Impostors is without frustration. The auto-matchmaking system, as of this writing, has some serious balancing issues. In our first game, for example, four level 1 Jokerz went up against six Batz – many of them level 18 or higher. In a multiplayer game like this balancing can be everything, so we’re hoping to see this tweaked in a future update.

Likewise, it could take a long time to get a full enough lobby to actually get a game underway. We’re talking upwards of 10 minutes, here. And while I suppose that’s the price you pay for the online experience, it’s really not conducive to gamers who only have time to squeeze a quick 20 or 30 minutes of gaming into their afternoon. 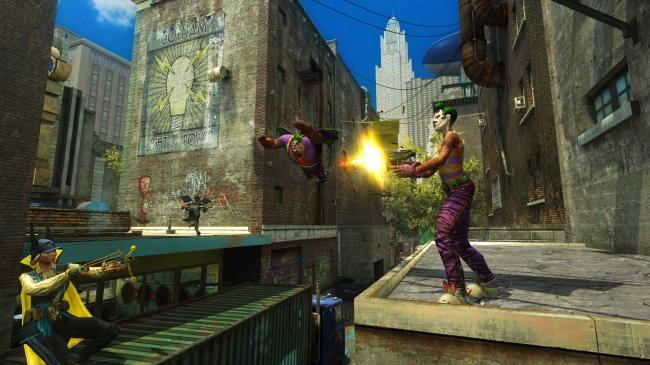 As if that’s not annoying enough, Warner Bros wants you to sign up for a third service – their “WBID” program to track stats, join clans, and the like.

Still, the complaints we have can largely be overlooked once you actually get into a match, because the gameplay itself is so good. It’s been awhile since we’ve seen a great new budget priced game like Battlefield 1943 or Team Fortress 2, but Gotham City Impostors wears that title nicely. With plenty of variety in maps, modes, and loadouts, it’s the sort of thing genre fans have been clamouring for. The wacky twist on the Batman universe is just icing on the cake.