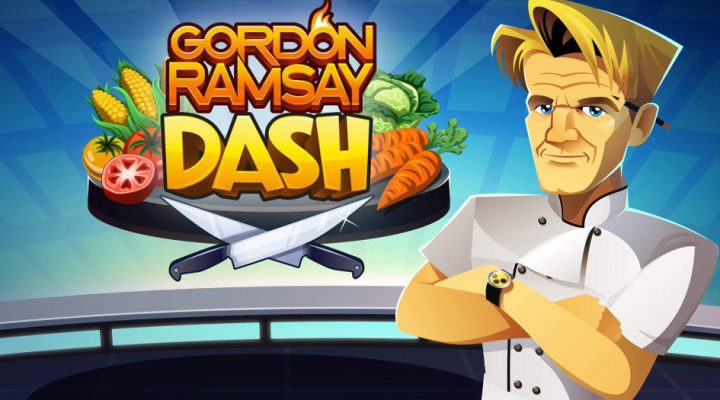 Highly polished and well put together

Sometimes Gordon gets set on fire

Does get a little grindy

Gordon Ramsay DASH is another in Glu’s series of games featuring celebrities. This time rather than building up your celebrity like in the Kim Kardashian and Katy Perry games, you’re trying to impress Gordon by running a restaurant. As you might have guessed from the name, it’s basically Diner Dash with an angry Scottish man shouting at you from the corner when you mess up. And when you’re doing okay. Gordon demands perfection, after all.

It’s a well polished and surprisingly entertaining casual game that layers on new things to do often. There’s challenge here too, and you’ll need to pay attention if you don’t want a blast of expletives hurled in your direction by the celebrity chef. 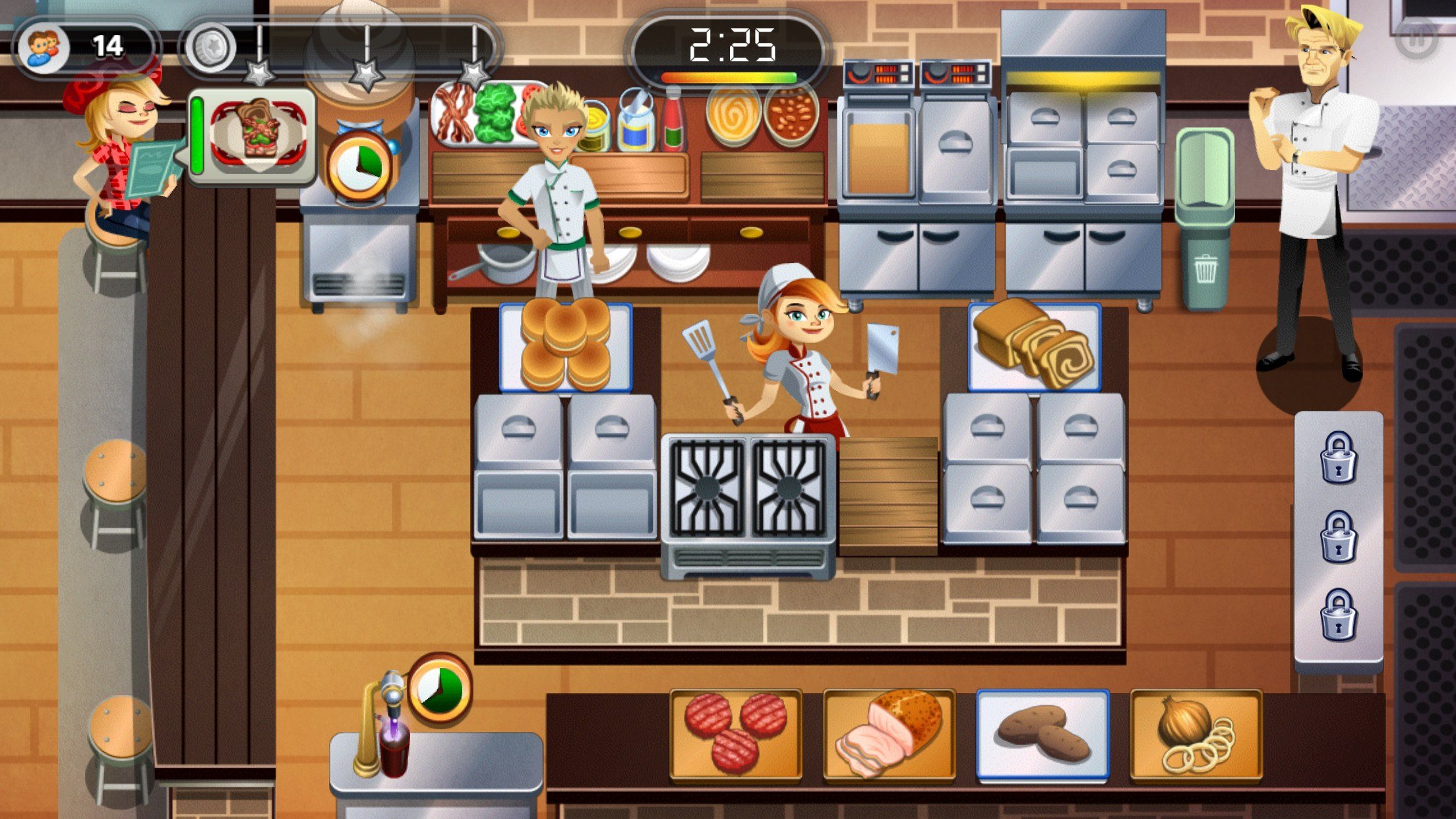 You start the game by picking an avatar, and from there Gordon walks you through the basics of the game. Customers come into the restaurant and make their orders in the form of a picture. It’s then up to you to tap the right ingredients in the right order to make them their food.

Things start off pretty simple – you’re frying burgers and waiting for drinks to fill up automatically. You control everything with taps. Tap a raw burger to pick it up, tap the grill to start it cooking, tap to pick it up once it’s done, tap a bun, then tap a customer to deliver the food.

Things get much more complex as you get deeper into the game. You’ll need to add condiments, create dishes featuring multiple elements, throw away food you burn or mess up and learn new recipes on a regular basis. 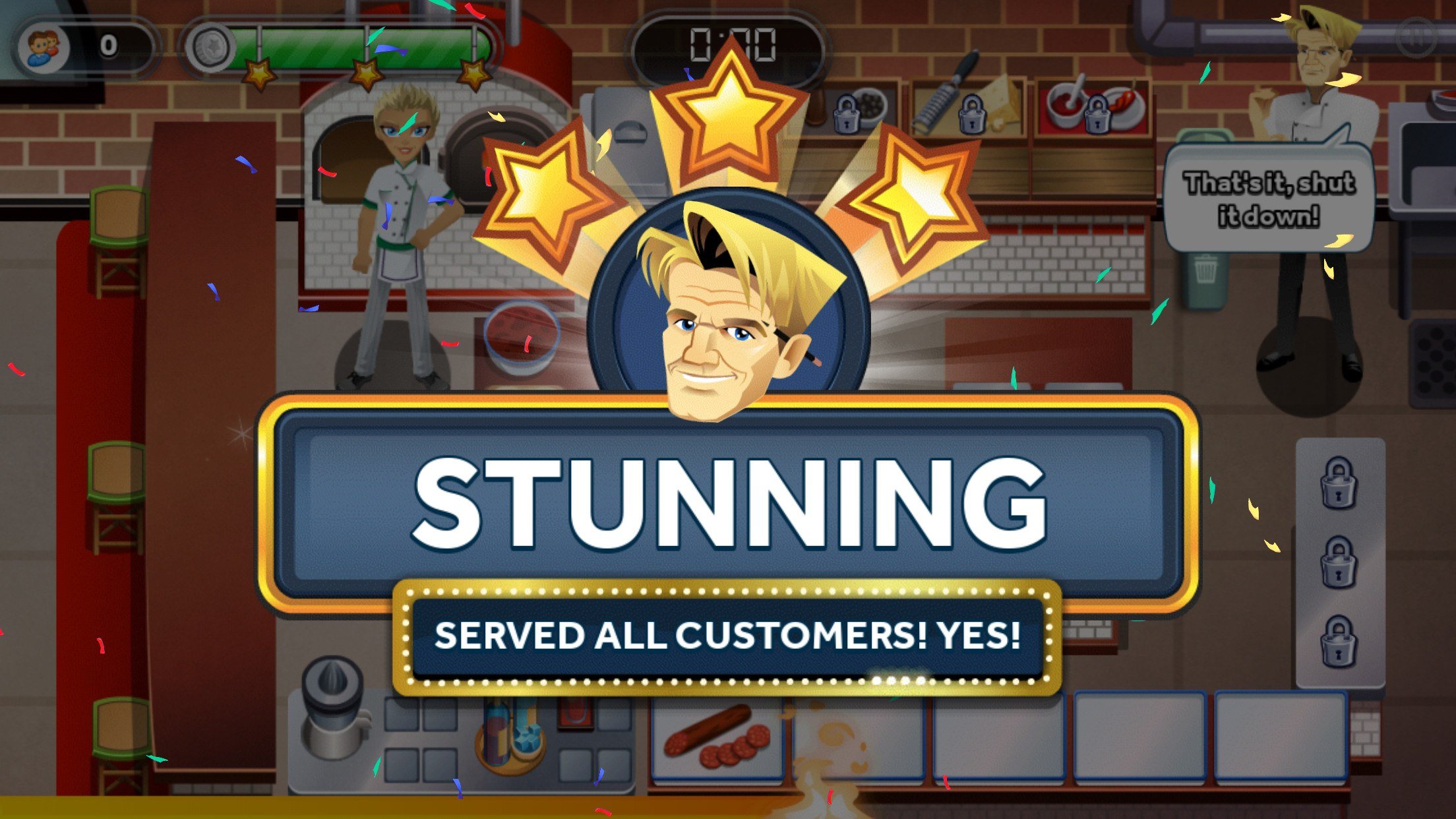 You unlock new restaurants as well, with each of these offering a different type of cuisine that you need to learn how to make. You need to upgrade your equipment and ingredients as well. While the game gives you plenty of currency to do this early on, as things progress you’ll have to spend or grind.

There’s a decent rhythm to play, especially once things start to get more difficult. You’re never quite frantically tapping to make sure everyone gets fed in time, but you do have to learn how to juggle multiple orders without messing them up.

And it’s an awful lot of fun. Balancing having food ready before customers come in with the random nature of their orders is a precise act, and you’ll often find yourself running around with one of your hands full trying to fulfil orders while another part of a meal finishes cooking. 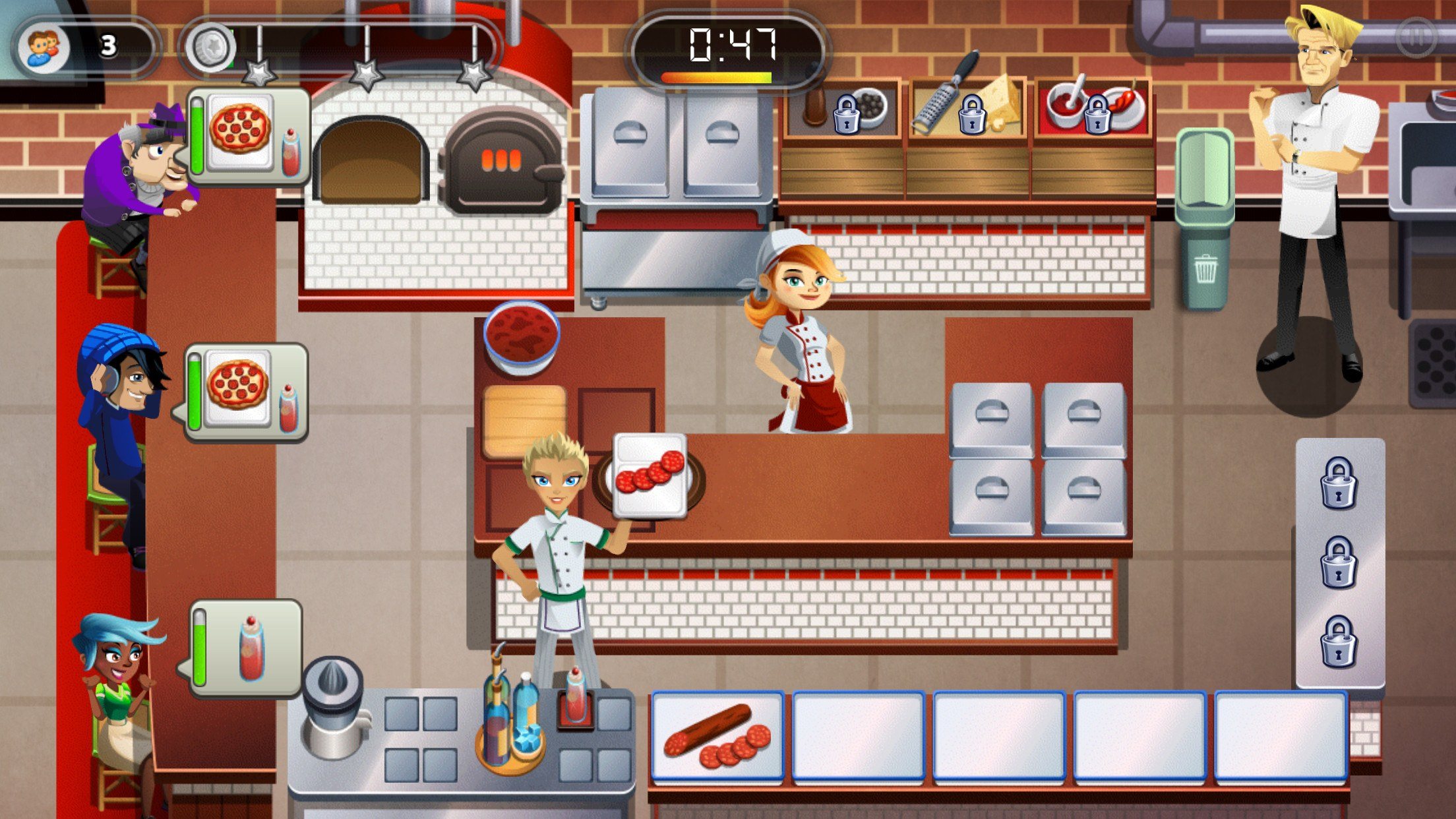 Sure, it’s not that much different from a regular Diner Dash instalment, but that’s sort of the point. It’s a game branded to appeal to people who know the Ramsay name and it trades pretty well on the grumpy cook’s crumpled likeness.

It’s not perfect, and it’s not going to change anyone’s mind about the genre, but there’s still plenty to do here if you’re a fan of Diner Dash or Ramsay. Plus there’s a special move where Gordon sets on fire, runs around the restaurant and serves everyone in a split second.

It’s unlikely this is going to break records like the Kardashian games have, but there’s nothing overtly wrong with Gordon Ramsay DASH. It’s fast, it’s fun, and it follows the mobile gaming template close enough that it feels familiar and entertaining at the same time.