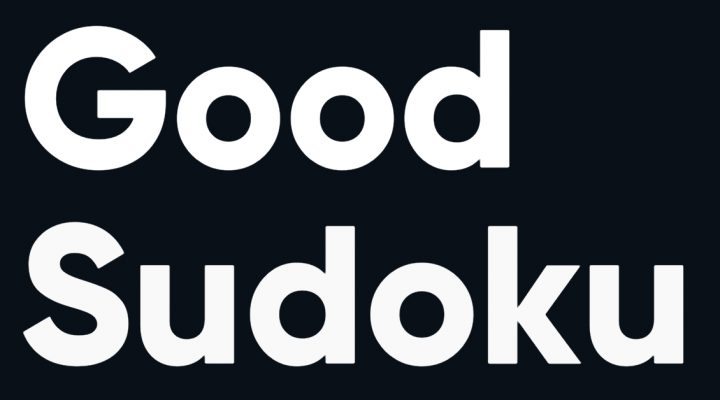 A brilliantly presented game of sudoku

Challenging when it needs to be...

...and really helpful when it doesn't

It is just sudoku, so if you're not a fan there's not much here

Good Sudoku (download from the App Store) is the latest game from Zach Gage, the developer behind the likes of Really Bad Chess, Pocket-Run Pool and Flip Flop Solitaire. While it might sound like it fits into the same canon as those re-workings of classic games, it’s actually something a lot simpler.

Rather than reinventing the sudoku wheel, Good Sudoku is more like a gorgeously presented sudoku training program. It doesn’t ask you to think outside of the box – instead it gives you new and easier ways to think within that box.

Where Really Bad Chess messed around with the fundamentals of the game, here you’re learning, step-by-step, about how to become a better sudoku player. The digital additions are designed to make things easier and, in the long run, more enjoyable.

Essentially Good Sudoku offers up everything you need to play quick and entertaining games of the number puzzler. And when things get more tricky, it gives you all the tools and tips you need to cope.

You can take notes, mark squares with potential numbers, and with just a tap find out if there are any cells that you can only put one number in. It makes things flow in a brilliant way, and means you don’t have to be constantly scanning the grid – Good Sudoku is only too happy to do that for you.

That’s not to say the game is holding your hand – there are still some fiendish puzzles to get to grips with here. But unlike a lot of other games it seems genuinely interested in making you not just a better sudoku player, but a happier one as well.

Throw in some lovely simple presentation, well-written tutorials that walk you through everything and a clever number pad that lets you input your integers, and you’re left with another soothing and absorbing Zach Gage hit.