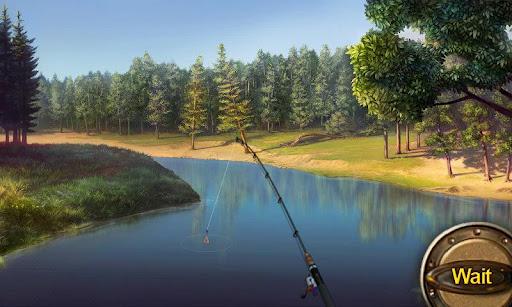 It was only a matter of time before it came to this. Social games have led us through farms, kingdoms, forests, trains, and so many other areas. It’s one of the oldest hobbies and careers in the history of humankind. It’s one of the most widely-participated sports in the world. You can do it alone, with family, or with friends. It’s a social activity that has finally made its way into a social game. I speak, of course, of fishing.

Calling Gone Fishing a social game really isn’t the right way to do it, however. Many of the social game mainstays are present: two types of in-game currency (free and premium), various equipment and goods that can be purchased with either (but not both) currency, and a giant list of achievements that will unlock various features and stages. The one thing it lacks, however, is social interaction. Developer Drimmi claims support is coming soon, but in the meantime, I could find nothing that would suggest any sort of legitimate social support.

The gameplay of Gone Fishing is about as action-packed as the sport itself. You first need to choose a place to fish. There’s only one location unlocked at the start, but you’ll open more by unlocking achievements or using premium currency. Like real life, different areas are home to a wide variety of fish.

Catching all the different breeds of fish has a somewhat Pokemon feeling to it. Of course, it’s more like the newer Pokemon games: Catching them all sounds fun at first, but after the first couple dozen, you realize how tedious it will be to stay at it. That said, if your goal is to simply unlock achievements and get to new areas, you just need a bit of persistence.

I’ll say this: I grew up in a family of fishermen living in a high-fishing area. I’ve always found the entire process to be a bit boring, but I’ve been craving to take the boat out after this game. Not because this game has ignited a love for fishing, but because sitting a boat and doing nothing for a few hours is more exciting than Gone Fishing. 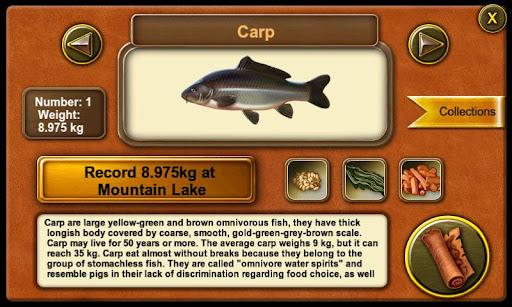 While it is quite boring, Drimmi did make sure to include plenty of ways to make the experience a bit less so. The game isn’t quite as simple as “Cast a line. Catch fish. Repeat.” Like real fishing, certain fish will be more likely to take certain bait. While you’ll always have trusty breadcrumbs at your disposal, you can use coins to buy better bait, like dough, worms, and leeches. You’ll also be given the opportunity to coat the water with a substance to better attract fish. Both these options are necessary to bring in the wide variety of species the game has. Along with bait, you can buy rods and nets, which allow you to hook bigger fish than you could with the original items.

Once a fish takes the bait (which can take a long time), a mini-game starts up. This mini-game shows a fish moving up and down the screen in sometimes-random fashion. You need to drag your finger with it to keep it in the spotlight. This supposedly represents the “reeling” of the line, but it seems awkward and out of place. Fortunately, when you catch them, you can read all about the species (another Pokemon similarity), and then sell it for coins. 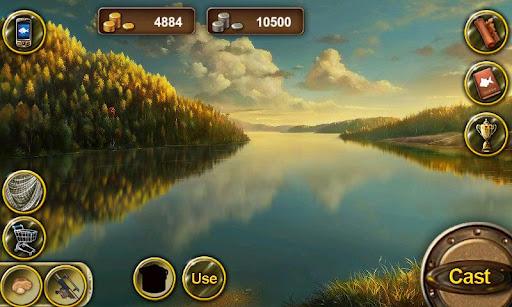 I’ve been really confused as to why someone at Drimmi thought a social fishing game would be a good idea, at least one like this. In their defense, Gone Fishing is far from the worst game of its kind. Collecting different fish, using different bait, and being able to buy good upgrades via free currency keep the game from being outright bad.

What they don’t do is keep the experience from being much more than a “fun for five minutes” game. There’s a solid base to this title, but its most unique trait is its biggest flaw. You’re going to sit around for a long time and not get much done, unless you’re lucky. In that way, it’s just like real fishing.