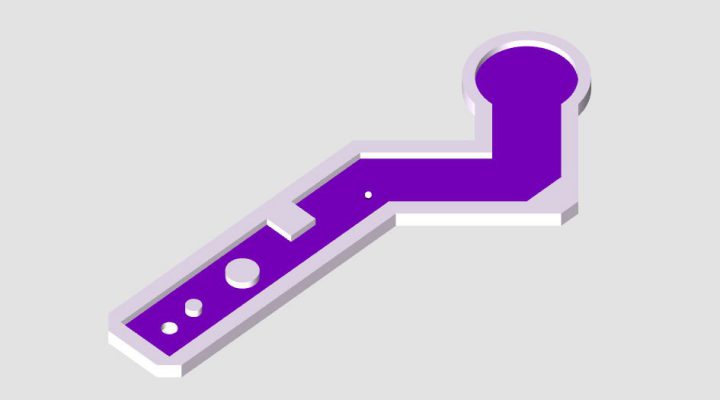 Unobtrusive social features mean Golfinity will be everywhere; get your high score ready

Wonky execution of the game's physics spoil the occasional hole

Hard to find the +1 compared to what's out there already

Like most of the holes in Golfinity, hole 46 is is not your run of the mill test of fairway fortitude. There’s a set of stairs directly in front of the ball, an obstacle-filled pathway waiting at the bottom, and a circular platform seemingly ungoverned by the laws of gravity acting as a final gatekeeper. Surveying the scene for a while, I think at first about the meticulous ways in which I can sink the shot laid out before me in three calculated strokes. And then…

Leveraging the slight ramp in front of my ball, I pull back with reckless abandon, sending the white orb flying into the air, watching it careen through the grey space surrounding the course, until…yes! It lands improbably on the ledge bordering the far end of the hole, skirting the razor’s edge between safety and oblivion. No matter, though, as long as I don’t miss my next shot, this’ll put me to -22 under. Wait, what? Why isn’t…why isn’t it stopping!? I stare, helpless, as my all-too-forcefully shot golf ball slides ever so slowly off its precarious perch, and down into the nothingness below. I’m frustrated. I hate this. I’ll probably put it down soon. I also love this. I can’t wait to try again, to perfect the angle at with which I loose my shot and capture success. 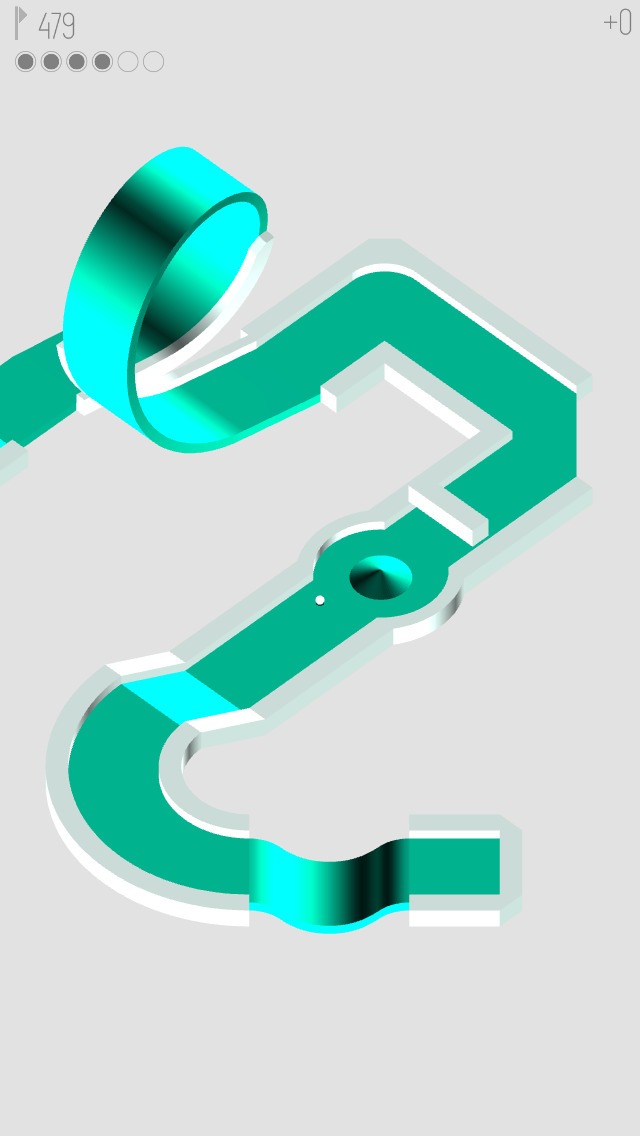 In its totality, Golfinity is a lot like hole 46. Full of choices both clever and befuddling, it exasperates and ensnares in equal measure. It is without a doubt, Nimblebit’s most out-of-character game yet…and just like hole 46, I’m not sure if I like it yet.

As an elevator pitch, Golfinity reads like the first sporty member of the Nimblebit stable: a procedurally generated, infinite set of mini-golf courses, filled with arcade physics and a score tally that runs across every hole you play.

What sounds good on paper, however, quickly butts up against the game’s patience-testing (if novel) monetization scheme, however. Free to play, with no in-app payments whatsoever, Golfinity instead opts to gate retries behind 15 second ads. As always, Nimblebit should be commended for resisting cynical cash grabs and trying new ways to offer players compelling content. Unlike always, however, there’s no flipside to this coin. While you can skip the ads part way through, there’s no way to, say, pay Nimblebit an alternate fee to get rid of them completely and create a less cumbersome gameplay experience. This is an odd choice for a company whose founders can often be seen tweeting about the missed opportunities of other games to provide players with reasonable ways to augment their game experience.

Worse still, this is a game whose overriding mechanic is catnip for perfectionists. The net result? I feel boxed in, as if I’m worth more to Nimblebit as a viewer of the many adds screening between retries than I am as a player of their games. It leaves me questioning Golfinity’s minimalism as a stylistic choice, and wondering if it was instead an easy-to-produce coat of paint under which test a new monetization model.

Significantly more likeable is the game itself, luckily. Rarely does Golfinity serve up a boring or poorly constructed hole, with the majority of levels offering up satisfying play opportunities for the digital golf pro and reckless swinger alike. Regularly, Nimblebit captures mini-golf’s signature tension between feeling like a master and a hopeless putz, between “look what I just did!” and “look what I just did…” And people can most definitely look, with unobtrusively integrated social features that will no doubt of have Twitter feeds awash with Golfinity score showboating in the weeks to come. 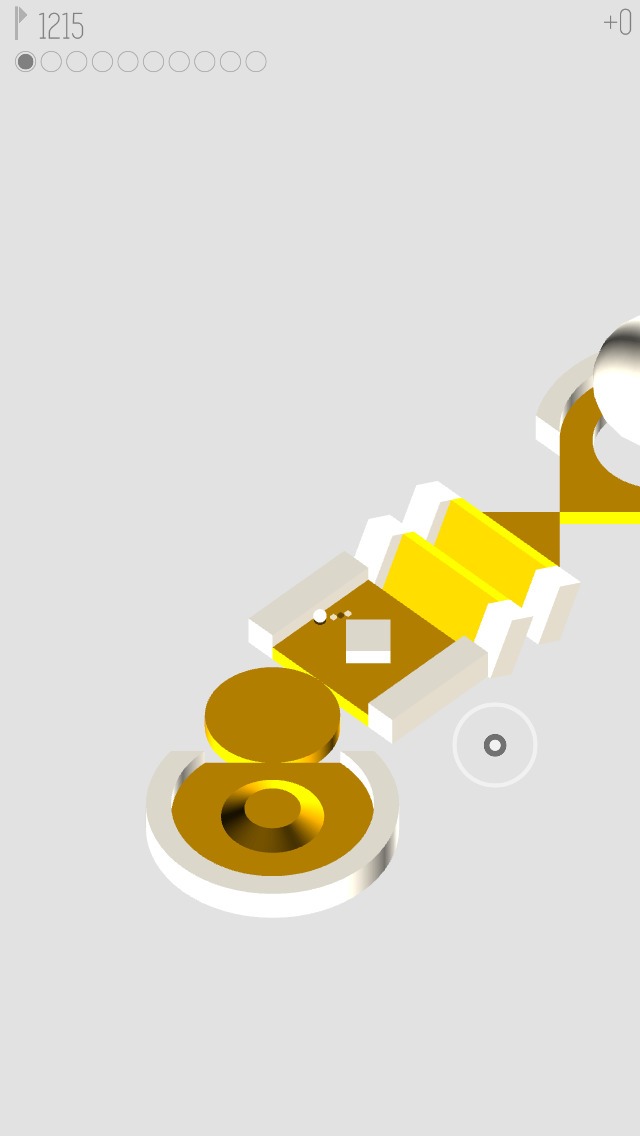 Even here, however, Nimblebit’s trademark polish is lacking, with a less than refined physics system often causing irksome double takes. Identically shaded surfaces behaves like hills in one part of the game and flat ground in others, and latency has me unable to shoot my ball for short spurts of time between strokes, or shooting it altogether too soon and consigning myself to another look at today’s latest farming simulators.

And then, naggingly, there’s Desert Golfing. For a team with an unspoken rule of adding a signature twist to well-trod concepts, Golfinity’s gameplay hooks seem to hew disappointingly close those of Blinkbat Games’ much-talked-about time killer. And while the former is certainly no “copycat,” per se, all of these things – the inflexible monetization strategy, the surprising lack of polish, the uncharacteristic derivativeness – may be enough to consider this, all too ironically, Nimblebit’s first sub-par outing.