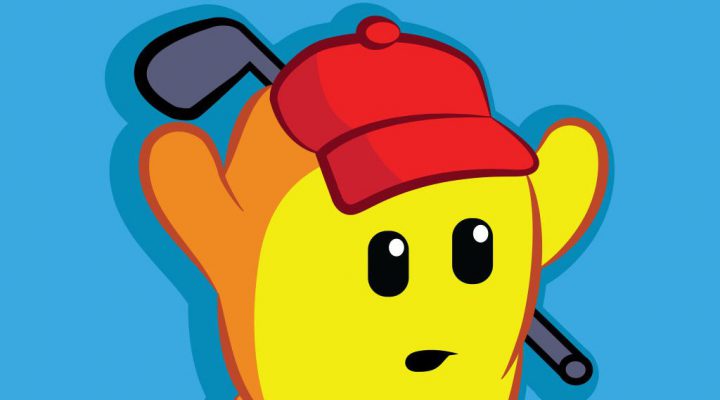 Smooth performance. Runs like a Mustang hitting the road for the first time.

Potentially too difficult. Might mean it has a limited audience.

Limited number of holes will likely frustrate those who can master the game.

Bringing the infamous green jacket home from the Masters Tournament generally requires the golfer stay alive after each shot at a bare minimum. This isn’t the case in Golf Zero, a clever platformer-golf game hybrid. In fact, sometimes the only way to make the shot is to do so while you’re plummeting to your untimely death. That’s one of the reasons Golf Zero is a love it or hate it kind of game.

Whether you love or hate Golf Zero will likely depend on both what your expectations were for the game coming in and how quickly you’re able to get the hang of the gameplay. If you’re a golfer or golf game enthusiast looking for a great arcade-style golfing experience, you’re more likely to be disappointed than someone who’s coming to Golf Zero as a fan of Super Meat Boy and Tiger Woods in equal measure. 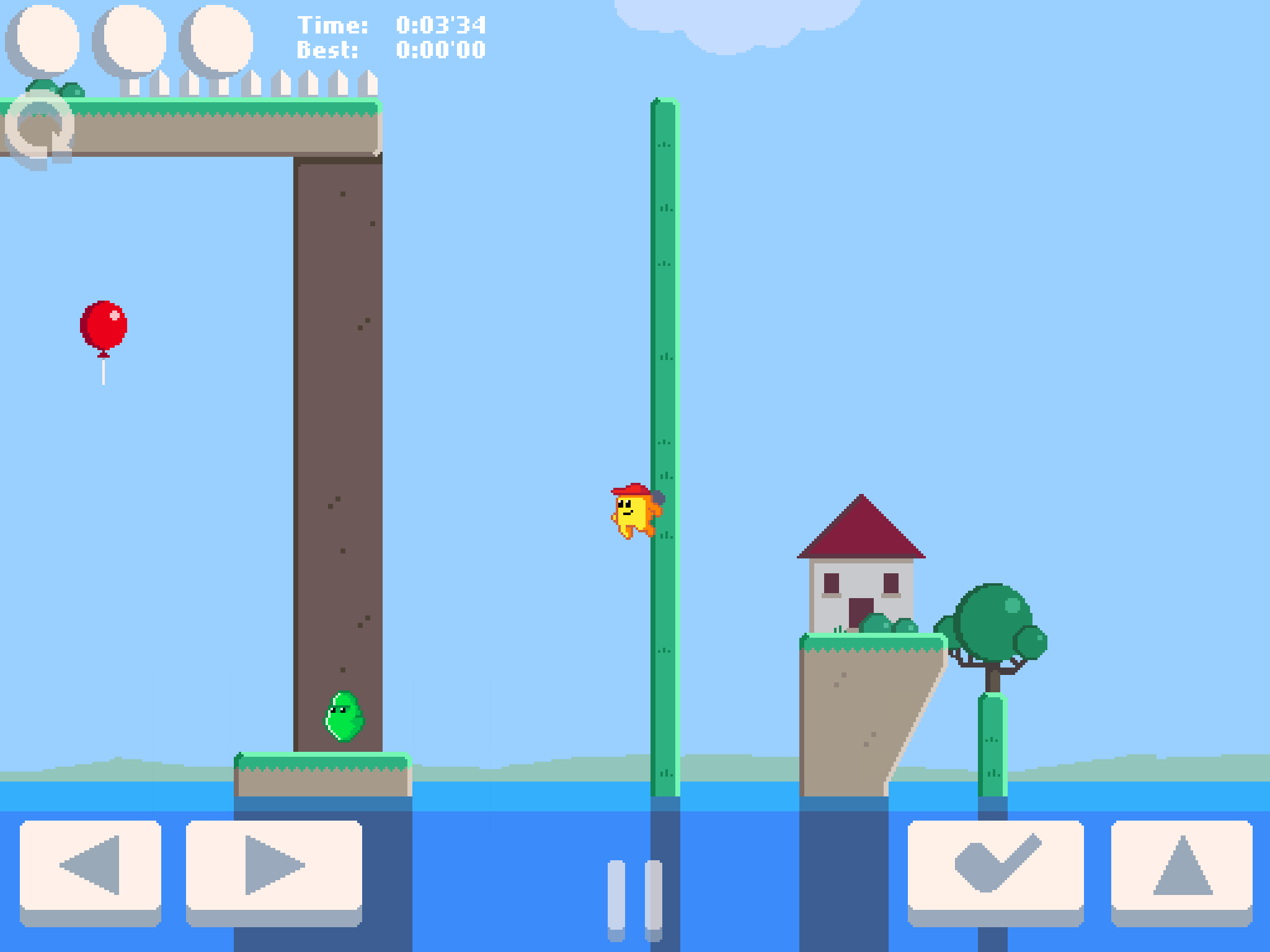 Golf Zero isn’t an easy game by any stretch. You not only need to make what is, quite often, a difficult shot, but also navigate yourself into position while avoiding platforms decked out in spikes and spinning saws. The path to success is generally far from obvious and the difficulty increases quite quickly.

As a result, Golf Zero can be really difficult to get the hang of. If you’re someone who’s a platform-golf natural and able to speed through the first dozen or so levels without too much trouble, you’re more likely to enjoy the game than someone who gets stuck on level 7 for an hour or more. 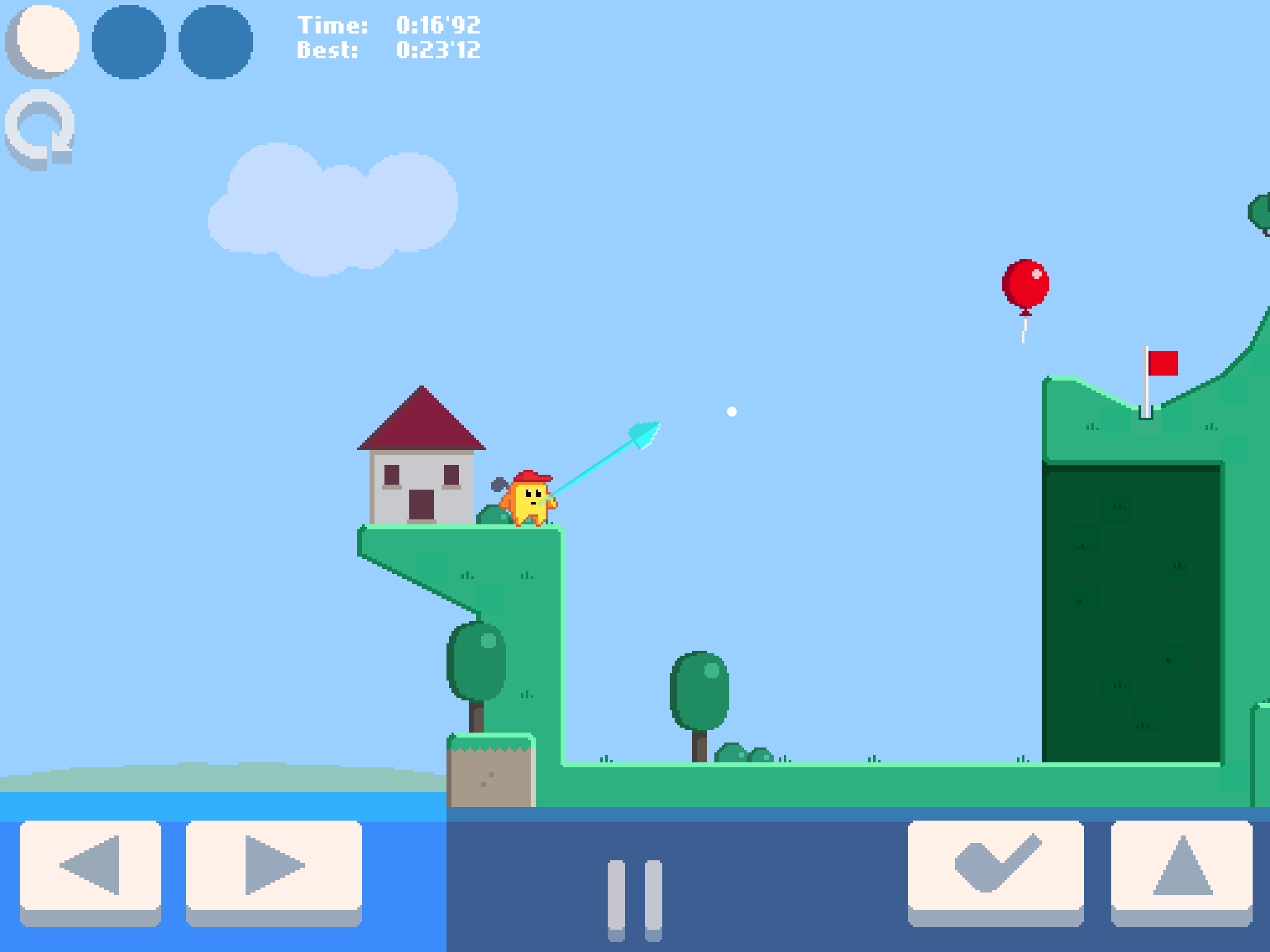 The tutorial, as presented, is useful. It lets you know how to move, how to aim your shot, fire and about the fact that time slows down after you’ve hit the shoot button so that you have a chance to aim a little more precisely. It also encourages you to take shots while jumping through the air and sliding down walls, things essential to your success in Golf Zero. However, something crucial that’s missing early on is the information that as long as you make the shot you clear the level, regardless of whether or not your avatar makes it out alive.

There are two gameplay modes in Golf Zero. In ‘normal’ the goal is simply to make the shot – however long that takes (and it can take a while). For the more adventurous, there’s also three ‘speed run’ holes where you’ll have to try to beat your best time. 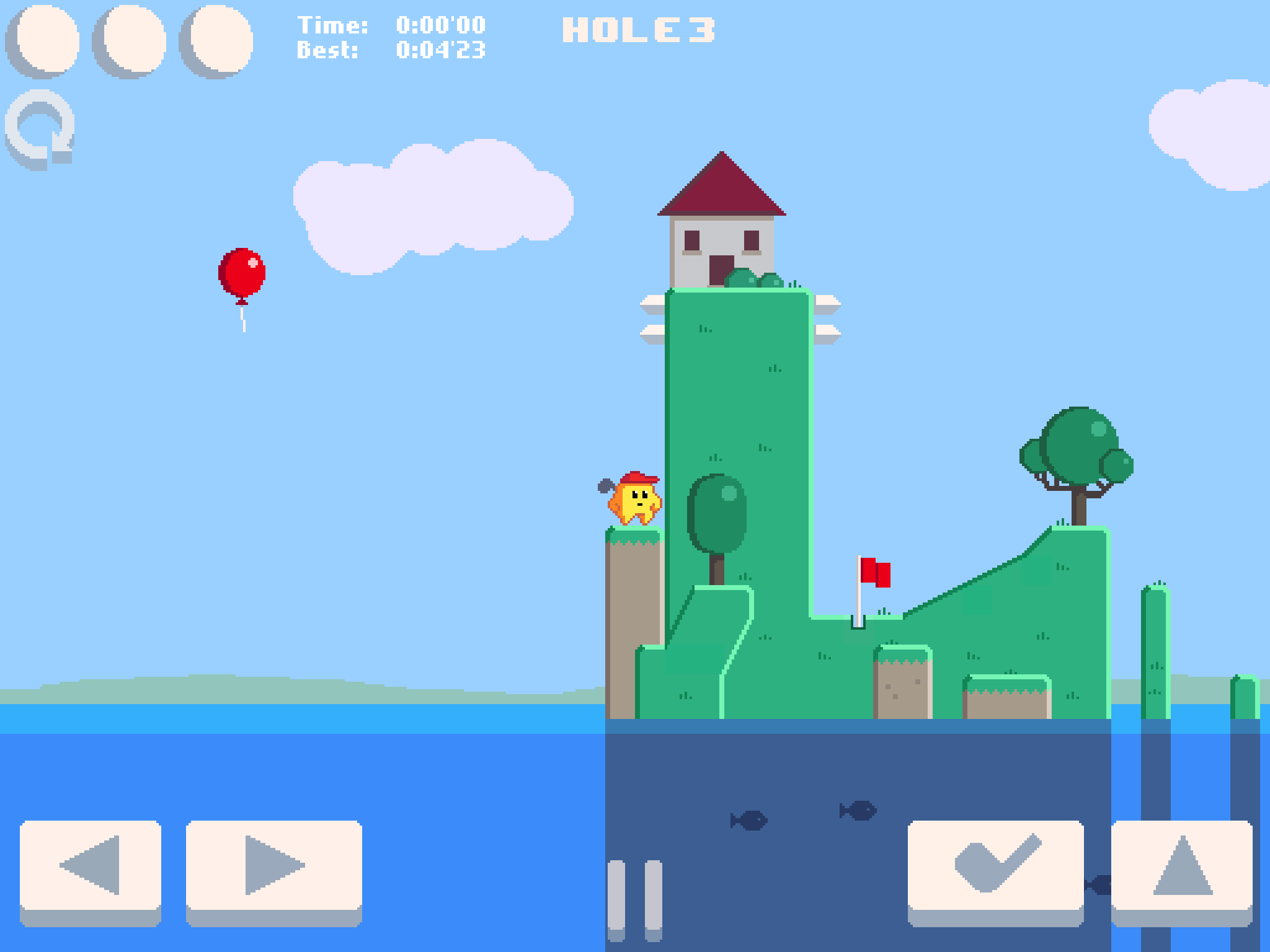 Golf Zero is made in Stencyl and performance across a range of iOS devices is pretty impressive – this is one smooth game. Graphically, the game really goes after the retro Super Mario Bros 2 vibe, just a bit smoother, usefully helping put the game into context – this is an arcade experience rather than pure golf. The in-game music solidifies this as well. It’s fun, danceable and upbeat if a bit repetitive. It sounds a bit like something you’d hear coming out of a Gameboy featured on Baywatch.

There are currently 43 different holes (or levels) to conquer in Golf Zero with a second course called Sunset Hills promised soon. For the gifted, this will likely mean their Golf Zero experience will be short lived. For the less gifted and determined, this might be more than enough to keep them busy for the rest of their lives.

The game is also free-to-play and ad-supported, though it’s possible to upgrade to an ad-free experience for $1.99. For those who’ve really gotten into Golf Zero not only is an upgrade a great way to support indie developers, but it can also make for a smoother playing experience. With the way the game is set up, the ads can feel a bit fast and furious, though as a free game it’s to be expected.