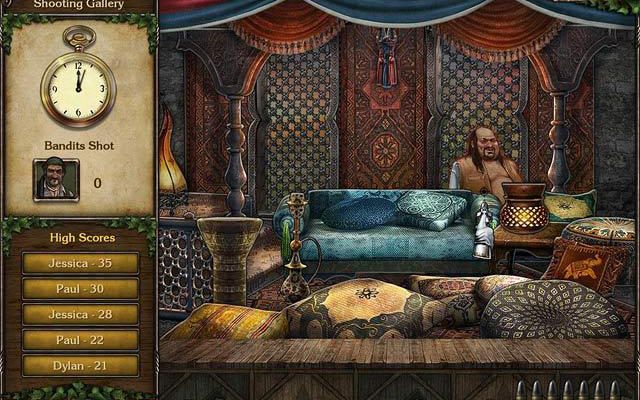 Hoist the sail and find some treasure in this addictive HOG.

Our last journey down the Golden Trails took us to the Old West, but this time around, we’re hoisting the Jolly Roger and tracking down pirate booty. Golden Trails 2: The Lost Legacy is the best kind of sequel – one that keeps everything that made its predecessor special while polishing out those tiny flaws that marred the experience.

The game begins as Captain Morgan tosses your grandfather in jail on the basis he’s actually the notorious Pirate Kidd. Morgan will let your grandfather loose if you can track down the logbook from his pirate ship, but don’t be too hasty to hand it over. Within its pages you’ll discover not only the truth about your grandfather’s past, but also the location of secret treasure. Your search will send you all over the world – Europe, the Caribbean, South America, and beyond – and require you to investigate several different areas at each location.

The objects you need to find are displayed as icons at the bottom of the screen, though they’re not always to scale in the environment itself, which adds to the challenge. There are three different kinds of objects to find: those in plain sight, those that will be added to your inventory, and those that need a little extra effort to discover. Most scenes contain a few different hotspots, highlighted in either yellow or blue. The yellow areas can be interacted with immediately, and reveal a hidden item, but those in blue will need something from your inventory before they give up the goods. Don’t just click away, however – the inventory tool you need might be hiding in a completely different location, so make sure you think about what actually needs to be done. 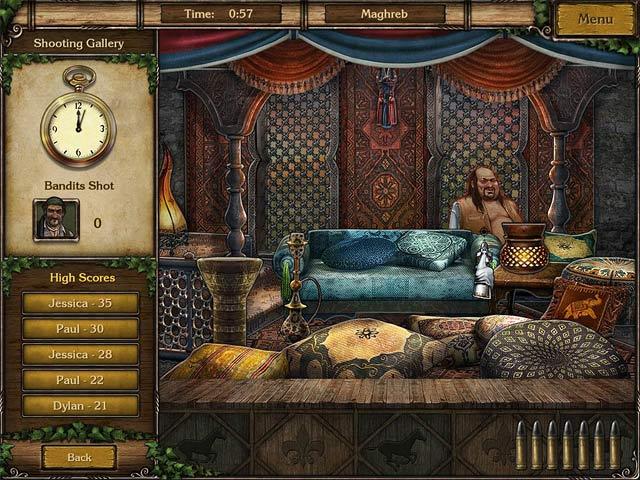 The items on your list are often similar, but always drawn so differently that the hunts feel fresh even after you’ve located your 20th bottle. The artists really enjoyed making the most out of the game’s different settings, and each environment feels completely distinct. The sunken ship, the slave market, your grandfather’s mansion – no two locations look alike, resulting in searches that are constantly eye-catching and fresh.

The objects on your list aren’t the only things you’ll be searching for, though. Lucky clovers are sprinkled throughout the scenes, and lost treasures are also quietly hiding in plain sight. Finding 150 clovers unlocks a special mission that you can tackle once the game is complete; tracking down the treasures nets you points and trophies. Shooting bandits in the between-levels minigame nets you more clovers, pretty much guaranteeing those with swift mouse fingers will rack up the necessary 150 with little trouble. You don’t have to bother with either of these extras in order to finish the game, but they add a wonderfully addictive subgame to The Lost Legacy. Racking up trophies for everything from scoring a certain amount of points, to finding items particularly accurately or quickly pushes you to hone your skills to their finest, resisting the urge to use hints or skips.

The Lost Legacy offers a smattering of puzzles and mini-games, all of which are skippable if you’d rather not be bothered. Though they tend to fit in thematically with their environment rather nicely, they do tend to be a bit repetitive in their presentation. Putting objects in the correct order gets a bit bland after you’ve done it first with books, then with statues, and later with tiles. They also tend to be a bit too easy and overly forgiving; just dropping a jigsaw piece in the vague neighborhood where it belongs is enough to get it to snap into place. 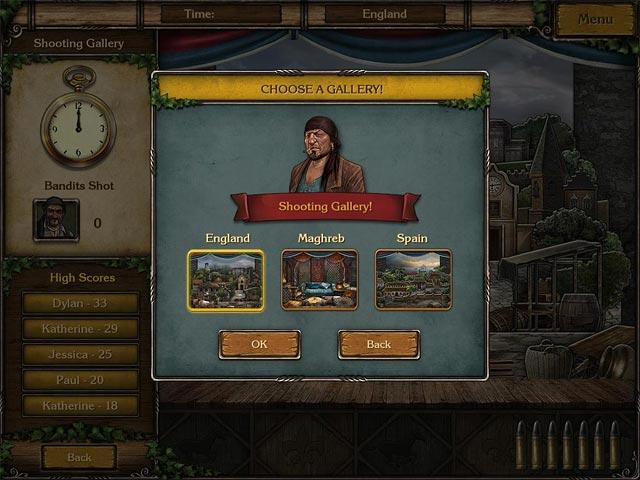 The story of The Lost Legacy is a bit of a head scratcher; it hops from England to Spain to the Caribbean and beyond, tying together pirates, a voodoo witch, a Caliph’s daughter, a hidden medallion, and of course ill-gotten loot. It’s the kind of tale that makes sense as a globe-spanning romp, but characters and events seem to come out of nowhere. The painful voice acting during the cut scenes doesn’t make it any easier to pay close attention to the plot, but the summaries that close out each location help keep the main points straight.

Golden Trails 2: The Lost Legacy’s story might not make a lot of sense, but the game has so much great stuff to offer hidden object fans that it’s hard to knock it too much. You’ll tear through this one in an afternoon, then go back to get those last few elusive trophies.