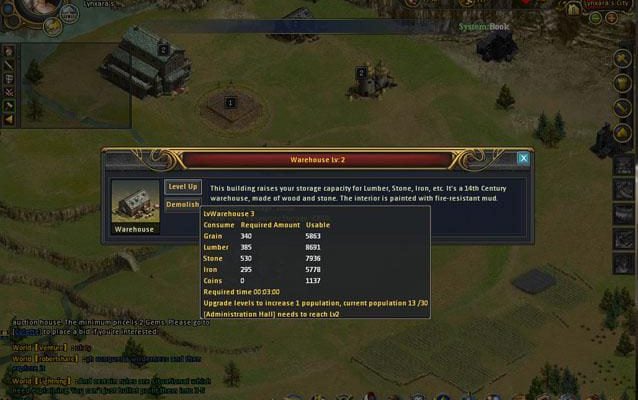 One of the oldest browser-based games was a casual strategy game called Travian that is, these days, famous largely for the number of times it’s been successfully cloned. On Facebook, for instance, the top Travian clone is probably Kingdoms of Camelot. And its developer, Kabam, publishes an entire line of Travian clones that use different artwork themes and gameplay tweaks. Golden Age is best understood as Aeria Games’s own Travian clone, distinguished by its unusually detailed sprites and an interesting “dungeon” mechanic that makes combat a bit more memorable. Otherwise, it’s like every other Travian-style strategy game you’ve ever played.

So the usual caveats for reviewing a decently-made casual strategy game all apply to Golden Age. If you’ve never invested a lot of time in this type of game before, Golden Age isn’t a bad one to try. If you’re already playing a different one, though, there’s no need to switch. And if you’re burnt out on this sort of thing, Golden Age won’t change your mind. What makes Golden Age well-suited to new players is that it uses a much larger display area and bigger sprites than is typical for Travian games, giving it more visual appeal than is usual for a game genre that tends to be very text-based. 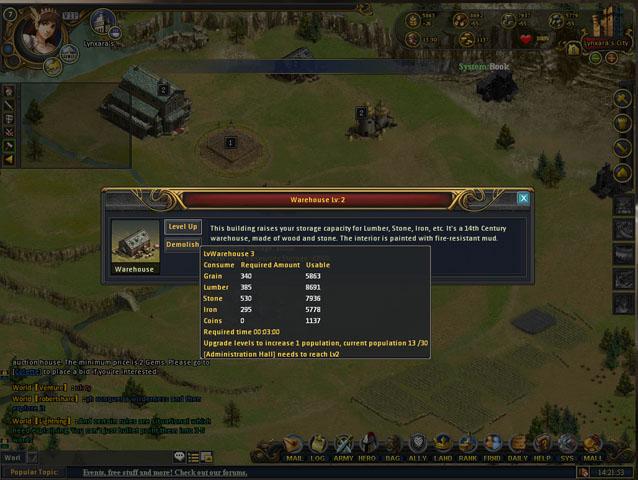 You begin a game of Golden Age by designing your Sire, an avatar that represents you as the lord of your territory, and selecting one of three factions to join. Each faction is mostly the same, but offers a slightly different type of bonus. Once you’ve designed your character, you enter the game’s side-scrolling town area, which lets you talk to your king and his court. Once you progress through a series of tutorial quests, you’re given control of your first city and begin getting tasked with developing your holdings and defeat enemies of the crown.

As is standard for these games, you develop farms, lumberyards, and mines in your holdings to increase your resources, then spend your resources to raise an army. Recruiting soldiers in Golden Age is a complicated two-part process where you must first attract soldier candidates, then train them into whatever their combat role is to be. This makes figuring out how many soldiers you can raise at once for your army a little bit confusing. Golden Age is mostly a well-localized game but parts of the text for this mechanic are flaky, contributing to the lack of clarity.

Once you’ve raised an army, you assign them to a hero character that you can outfit with items and strengthen as he or she levels up. Then you can send your hero out into dungeons, dangerous areas of the map outside where you must fight a series of battles to reach a boss or target NPC hiding at a given location. You can enter and exit the dungeon freely if you need to raise more troops for your army, then resume where you left off. This approach to combat isn’t especially realistic, but it adds a little something refreshing to a game that’s otherwise mostly an exercise in well-worn formula. 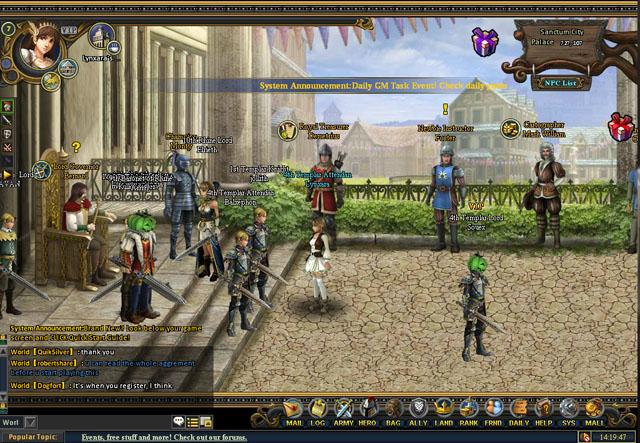 When you review a completely average Travian clone like Golden Age, certain caveats apply. If you’ve never invested a lot of time in this type of game before, Golden Age isn’t a bad one to try. If you’re already playing a different one, though, there’s no need to switch, and if you’re burnt out on this sort of thing, Golden Age won’t change your mind. Golden Age seems especially suited to new players, since it uses a much larger display area and bigger sprites than is typical for this genre. Still, keep the localization issues in mind if you give it a try.