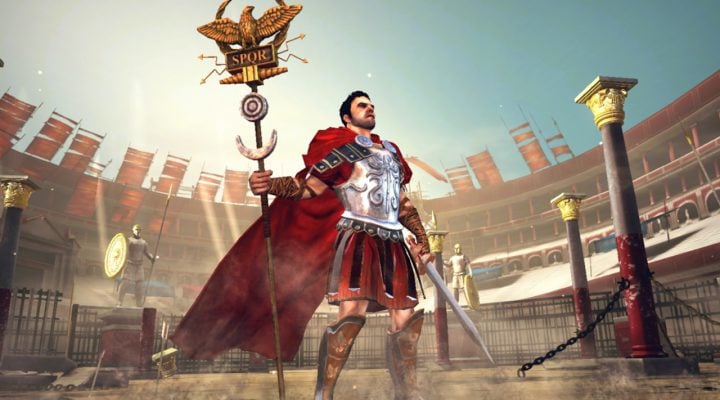 Female characters not as mighty.

Gods of Rome is a new fighting game from Gameloft that puts players in the sandals of some of ancient time’s toughest warriors. Contrary to the name, the characters are not exclusively “Gods of Rome.” In fact, most of the ones I encountered were not even from the Roman pantheon, and some were not even gods.

It struck me a bit odd that they would choose the name that they did, as Gods of Greece is arguably a catchier title and the general public is more familiar with the Greek gods (Zeus, Hades, Aphrodite, Ares) than their Roman counterparts (Jupiter, Pluto, Venus, Mars). This doesn’t affect the gameplay in any way, mind you — it’s just a quirk that I couldn’t help but notice. 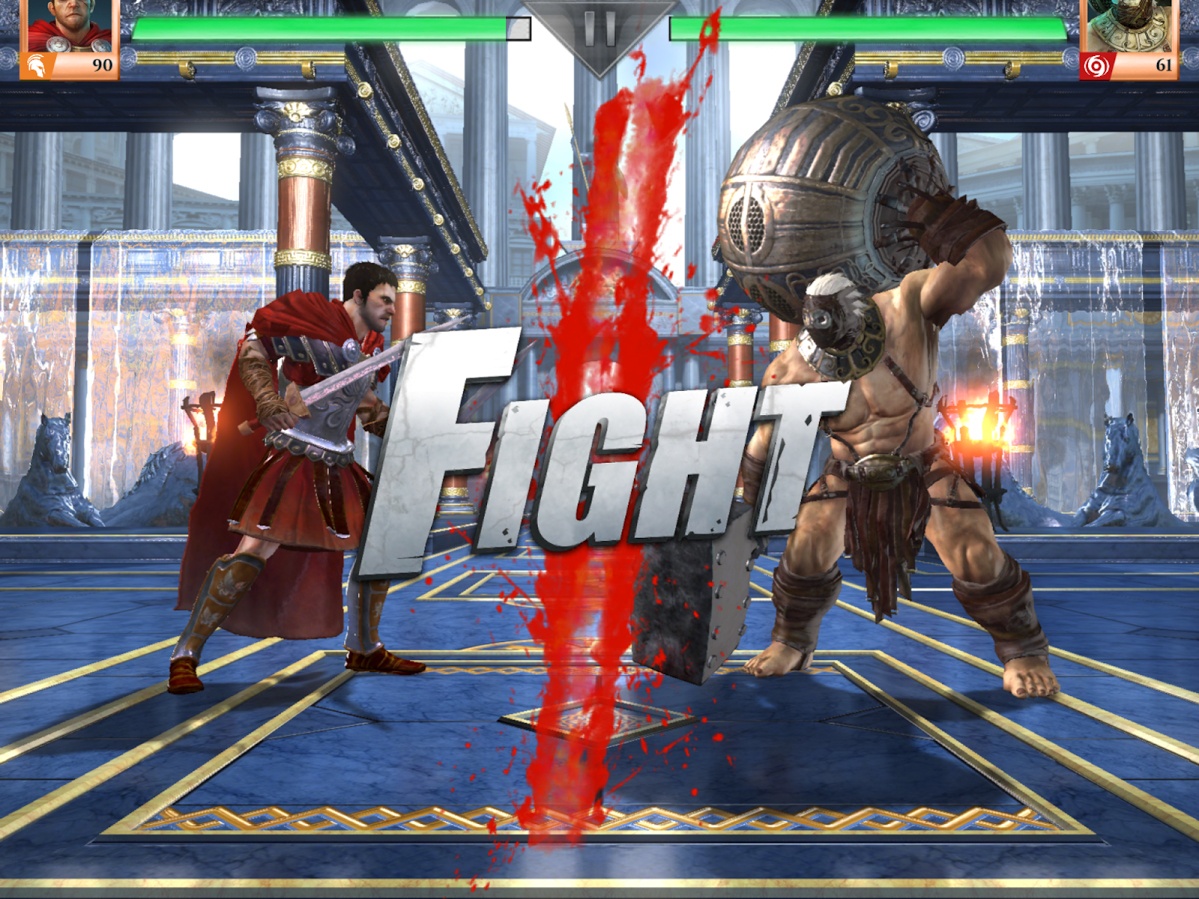 The actual gameplay runs very much in the same vein as Mortal Kombat X and WWE Immortals. Players slash and tap to and from their opponent to initiate offensive and defensive abilities. The game revolves around the story that players are an “Ascendant” who must utilize the souls of the gods to restore order throughout the world. The narrative serves as a way to string together seemingly random battles with other deities from other pantheons, but is hardly memorable — and the same can be said of the gameplay.

The combat in Gods of Rome is very rigid. There is no flow to it. The option to block exists, but if you’re fighting up close (which you will be because this is a melee-focused game) there is so little time to react and try to block that I found I was more successful by just spamming abilities and hoping that the opponent took a break so that my attacks would catch. Gods of Rome even encourages you to spam your punches, rewarding players with powerful abilities that can take large chunks out of the opponent’s HP bar.

And while some of the characters look really cool (they did an awesome job designing Hades and Atlas), the lady characters are treated annoyingly poorly. I didn’t so much mind that their armor was revealing — most of the men were completely shirtless, after all —  but their little intro clips at the start of the fight treated them more like strippers than fighters. The male gods would storm out and look mighty and fierce, yet the female characters I encountered (especially Hippolyta) would strut out and strike a pose while the camera panned all over their bodies. It was awkward, and left a bad taste in my mouth before the fight even began.

Gods of Rome leaves much to be desired. It’s a good idea crammed into a cookie-cutter mobile game mold that is just too small for it to work well. Everything it offers has been done before, and done better, in other mobile fighting games.