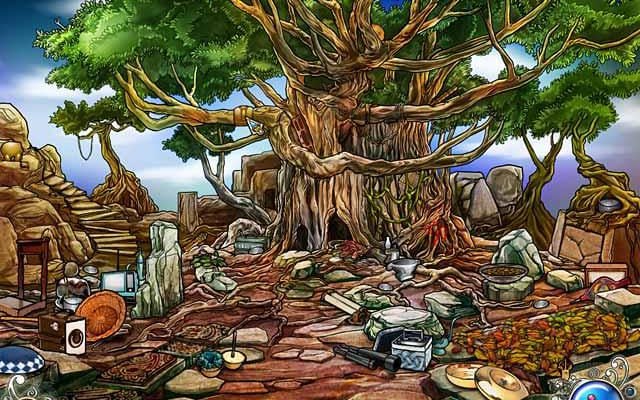 If you ever wondered just how the might gods of Olympus managed to make their way to the top, Gamers Digital’s latest game has the answer: finding lots and lots of objects. Goddess Chronicles puts you in the role of a budding goddess who has to take on a series of trials before she can become a full fledged immortal. Unfortunately, as exciting as that may sound, the game is actually a fairly average hidden object game that has a great visual style and some woefully underused special features.

The potential goddess in question is a young demigod, who has reached the age of ascension when all of her kind are forced to take the trials. You don’t really get much in the way of back story, in fact, you don’t even get to learn the young lady’s name. Instead, you’re given a brief outline of just what’s going on and then thrust right on into the trials. Because of this, there’s not much in the way of character development and outside of the unnamed heroine you barely come across any other characters at all. So if you’re in the mood for an in-depth story, Goddess Chronicles is not the game to fulfill that need. 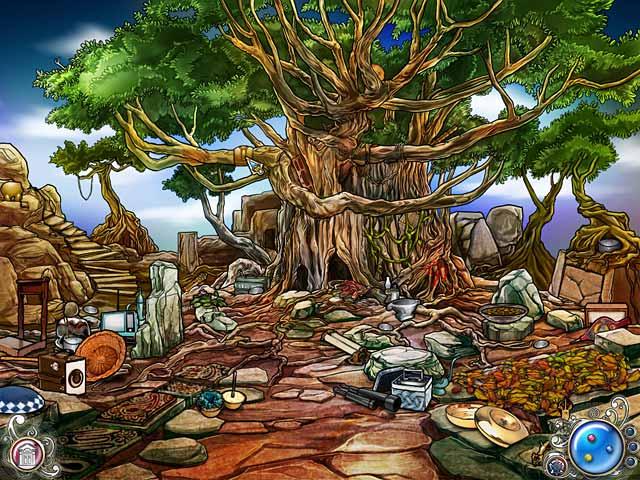 When it comes to how it actually plays, the game doesn’t do much that you haven’t seen in a HOG before. You’ll move from scene to scene, finding objects and solving puzzles. You only get to take on one scene at a time, so there really isn’t much in the way of exploration. The objects are presented as pictures, with four displayed at a time and additional ones added as you find them. Some of the objects are fractured, so you’ll have to find several pieces before the object is complete, while the rest are solid.

When compared to other titles in the genre, Goddess Chronicles is actually fairly difficult. Many of the objects are incredibly tiny and hard to spot, especially when it comes to the fractured ones. Curiously, many of the objects are even smaller than the images that display what they look like, which can make things tough. The hint system also isn’t as forgiving as most games. It does recharge, but very slowly, forcing you to really think about when you use a hint. You can pick up additional hints by finding tiny marbles along the way, but even still, the hints are few and far between.

The one twist that Goddess Chronicles adds is its special powers. As you complete the trials you’ll be given different powers, which can then be used for finding objects. You’ll be able to smash stone, set things on fire, or even move objects without touching them. It’s a great idea, but unfortunately in practice it’s not quite what it could be. The problem is that the powers are used in pretty much the same way every time, so there’s no creative solutions that really require you to think outside the box. Instead, every time you see a rock with a crack in it you’ll know to smash it, just like every time you see a pile of leaves you’ll know to summon a gust of wind. The puzzles, likewise, are incredibly simple and many of them can simply be skipped outright. 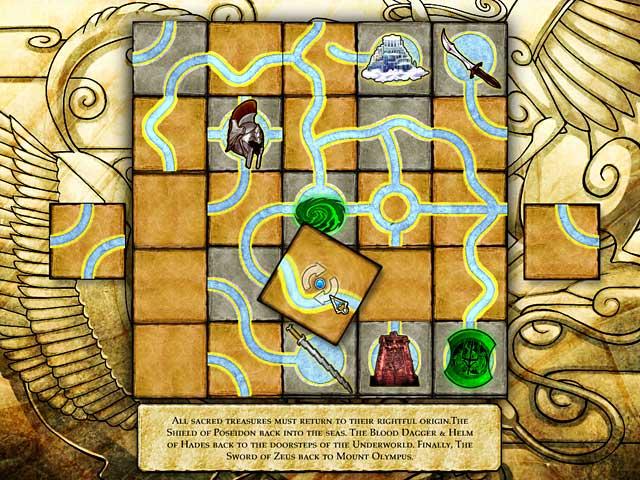 Visually the game is one of the better looking HOGs out there. It features a stylized, cartoon style with bright colors and thick outlines. In many cases this makes actually finding objects a bit easier, since the thick lines make the process of determining one object from the next much clearer. It also gives the game a unique sense of style that differentiates it from the glut of HOGs out there.

It’s not that Goddess Chronicles is bad, it’s just very generic. Aside from the special powers, which aren’t used all that well anyways, it doesn’t offer much that you haven’t already seen before. It looks great, but its lack of a real story and uneven difficulty level place it squarely in the middle of the HOG pack. The gods may be divine, Goddess Chronicles is simply average.